China’s media presence in Africa is growing fast. Is its influence growing at the same pace? 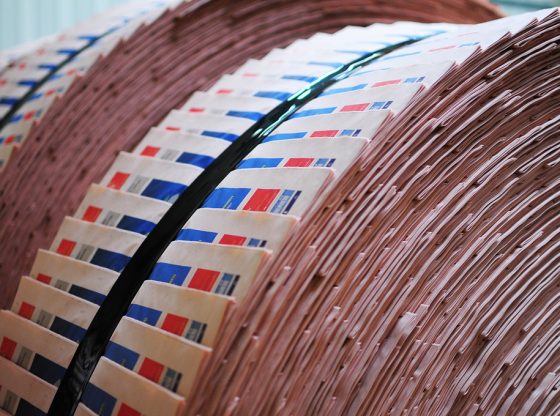 In a 2018 report entitled ‘China’s Pursuit of a New World Media Order’, Reporters Without Borders (or RSF, from the French form of the name) made fifteen recommendations to democratic governments, journalists, media outlets, publishers and social networks in order to limit China’s growing influence over global media. The RSF report singled out Africa as one of the regions where Chinese media have been most active in recent years.

In a recent op-ed published in Foreign Policy, Aubrey Hruby, a senior fellow with the Atlantic Council’s Africa Centre, noted the growing gap between China’s ‘rapidly increasing investment’ in African media markets and the ‘relatively slow’ growth of US corporate media in the continent. As a response, Hruby suggested convening an ‘Africa Media and Technology Investment Forum’ to identify the ‘issues preventing greater US investment in the media sector in Africa’.

These two analyses, like others that have come before, are based on the premise that China’s growing presence in the African media sector can be equated to growing influence of the Chinese media, amidst a perceived decline in the influence of American, French and British media. This assumption, however, might not be as unequivocally robust as is often implied.

Direct exposure to Chinese media such as CGTN Africa, China Radio International or the African edition of China Daily is marginal

Chinese media have also struggled to get through to the large majority of African journalists, who might help open indirect vehicles to disseminate some of the narratives Beijing would like to see adopted by opinion makers and politicians. In dozens of interviews with South African and Kenyan media professionals and journalism students, we found multiple layers of resistance to engaging with content produced by news organisations linked to the Chinese government and the Communist Party of China (CCP).

This resistance is not ubiquitous, but it was certainly predominant. In part, it stemmed from a deep-rooted belief that journalists should play a watchdog role in society, which is at odds with how journalism is seen and practised by most journalists working for Chinese state-owned media. It was also linked to the low levels of credibility of Chinese media. We found similar results in our survey of audiences in Kenya, Nigeria and South Africa.

Beijing has also been sponsoring other strategies which, although often overlooked, might seem to have much greater impact. Take the coverage of the Belt and Road Initiative (BRI) in global media, for example. Earlier this year, I analysed 28,000 news articles from over one hundred news outlets in 28 countries, ten of them in Sub-Saharan Africa. News about BRI in these ten countries was overwhelmingly positive. By contrast, in countries like India or the United States, portrayals of Xi Jinping’s grand foreign policy project were much more lukewarm.

The more positive coverage in the African media could be attributed to the relatively widespread use of content distributed by Xinhua, China’s state news agency. In countries like Ghana and South Africa, this content is often distributed by local news agencies. However, positive coverage could also simply reflect a generally positive attitude towards a project that is seen as potentially of benefit to African economies.

Another avenue for Chinese influence that has attracted attention in recent years is StarTimes, a privately-owned pay TV provider with a significant presence across Sub-Saharan Africa. With StarTimes, access to Chinese content – from soap operas to news programmes – has become much easier. However, not all content on the platform is Chinese-produced, and to date there is no indication that easier access has led to increased consumption. The most basic StarTimes package available in East Africa includes 18 channels, only four of which carry predominantly Chinese content. The rest, except for Qatar’s Al Jazeera, broadcast locally-produced or -sourced programmes. More expensive packages include a substantial amount of content from the US and Europe, including channels like National Geographic, Fox News and BBC World.

Influence is a slippery concept that is notoriously hard to measure. Public opinion polls indicate that attitudes towards China are positive in many African nations, but not everywhere. In fact, with the increase in and diversification of Sino-African engagement generally – particularly in the media sector – the Chinese media presence is far from consistent across the continent. Hence it is becoming increasingly necessary to disaggregate these exchanges to the regional and/or national level at least.

Analyses of mediated exchanges should also consider a closer reading of the historical dimension to Sino-African relations. Throughout the Cold War, the US and its allies as well as Beijing all contributed to creating a narrative that inflated the actual extent of China’s propaganda influence in those parts of Africa where it had an extensive presence. Today, however, declassified records from that period indicate that despite Beijing’s intense efforts to exert influence, its message often fell on deaf ears, which might well be the case now.

Dr Dani Madrid-Morales is an Assistant Professor in Journalism at the Jack. J. Valenti School of Communication at the University of Houston, USA. His co-authored paper with Herman Wasserman ‘How Influential Are Chinese Media in Africa?  An Audience Analysis in Kenya and South Africa’ can be found here.

Sino-African education cooperation: From the Forum on China-Africa Cooperation to the Belt and Road Initiative
Belt and road: Power and communication