Sino-African education cooperation: From the Forum on China-Africa Cooperation to the Belt and Road Initiative 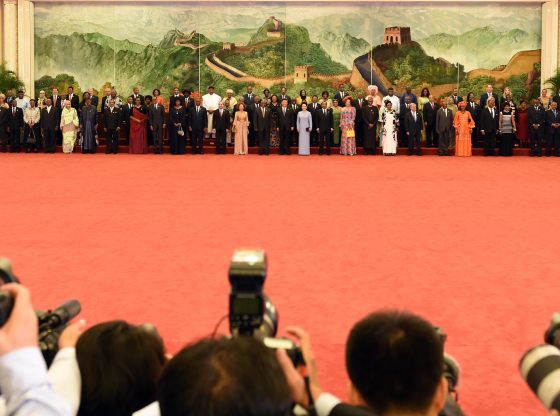 This piece discusses the connection between the almost 20 years of support given by China’s Forum on China-Africa Cooperation (FOCAC) to human resource development (HRD) for Africa, especially in terms of scholarships and training awards, and the new HRD ambitions of the Belt and Road Initiative (BRI). FOCAC’s HRD commitments primarily cover China’s support for capacity-building in higher education (HE), not only in the education sector, but in other sectors too such as health, environment, science and technology, and infrastructure.

One of the core elements in FOCAC’s discourse and its packages of support has been the claim of mutuality – of common development between China and Africa. In other words, China has always talked of these agreements in terms of mutual benefit or mutual support rather than employing the language of donors and recipients.

These pledges therefore constitute a form of South-South cooperation (SSC), and hence there has frequently been a description of FOCAC pledges as illustrating people-to-people and cultural exchanges. Constantly running through FOCAC’s discourse is reference to ‘the two sides’ agreeing, rather than decisions being just those of China.

While education and capacity-building have always been central to China’s engagement with Africa, to date (apart from Kenneth King’s China’s Aid and Soft Power in Africa), there has been very little in the Sino-African studies literature which focuses on the role of education in this relationship. New Directions in Africa-China Studies edited by Chris Alden and Daniel Large, for example, comprises 21 chapters, but not one of them focuses on education.

The only critical literature which does discuss the FOCAC process (Ian Taylor’s The Forum on China-Africa Cooperation) is limited to the first four FOCAC Conferences (2000–2009). Hence it is appropriate to consider FOCAC V (2012), FOCAC VI (2015) and FOCAC VII (2018) in relation to the BRI. The last two of these FOCAC summits have offered an increasing number of scholarships (50,000) and training awards (50,000) to Africa for the triennium, but beyond these and many other HRD pledges, it is significant that FOCAC VII begins frequently to use the Silk Road discourse associated with the BRI.

Given that development of the Belt and Road Initiative began in 2013, it is no surprise that in 2016 China’s Ministry of Education produced a specific Education Action Plan for the Belt and Road Initiative. And despite the BRI’s geographical focus being far greater than the continent of Africa, there is considerable resonance between the discourse of FOCAC and that of the BRI’s Education Action Plan.

Illustrative of this is the fact that ‘strengthened people-to-people connectivity’ is both one of the four major connectivities associated with the BRI and one of the four principles of the Education Action Plan. Indeed, at the opening ceremony of the BRI in May 2017, Chinese President Xi Jinping explicitly spoke of an ‘Educational Silk Road’, covering cooperation in education, health, culture and science. Hence, although the emphasis on mutuality and the sharing of knowledge are central to the language of FOCAC, they are also critical to the BRI vision, which the Education Action Plan expresses thus:

‘The countries along the routes will work together to deepen mutual understanding, expand openness, strengthen cooperation, learn from each other, to pursue common interests, face our shared future, shoulder common responsibilities, and work concertedly to build a Belt and Road educational community.’

Understandably, ‘cooperation’ is at the heart of the BRI focus, and in the 11 pages of the Action Plan this key word occurs no less than 77 times. Cooperation does not only cover mutual recognition and joint degrees, but significantly it also focuses on breaking the language barriers along the BRI. This translates into encouraging the use of each other’s language, along with the implications of this for foreign language training in the BRI universities. The BRI Action Plan is therefore about more than just promoting the use of Mandarin through Confucius Institutes and classrooms.

Beyond this, there is active promotion of a Silk Road Teacher Training Enhancement Programme. This promotes the sharing of best practice in teacher education across the BRI regions, but does not assume that all best practice derives from China. Equally, there is the promotion of joint training through the Silk Road Joint Education and Training Enhancement Programme.

In the FOCAC Action Plans, a key element has been the ever increasing number of scholarships and training awards for study in China, but there used to be almost no discussion of Chinese people studying in Africa. Consequently, the BRI Education Action Plan seeks to alter the China-centric focus of FOCAC, stating:

Although the BRI’s priority remains focused on HE cooperation, it is noteworthy that there is also a focus on multi-layered cooperation in technical and vocational education training (TVET) across all BRI countries. This may well be because of the crucial role of TVET in China’s massive infrastructure development plans along the route of the BRI. The Action Plan also recognises that in order to deliver on the BRI pledges, this cannot be left to central government alone, and in both China and the BRI countries it will be necessary to involve regional provinces and major cities.

In considering the future implementation of the BRI’s ambitions, the Action Plan takes the moral high ground. It argues for an ethical international education policy that works with and for others, and recognises that this means learning from and benefiting from educational cooperation. The following quotation captures the core values of the Action Plan:

‘Guided by the old Chinese motto that “He who craves success empathises with others and helps them to be successful”, Chinese schools and universities should steadily expand cooperation and exchange with their counterparts in the Belt and Road countries. They should take their best educational resources with them as they engage in cooperation and exchange outside China, and select the most valuable educational resources to bring home from other countries, being inclusive and tolerant, and both learning from and teaching others. In this way together we can make our education more internationalised and strengthen our ability to act in service of the common development of the Belt and Road Initiative.’

To parallel the Chinese adage about cooperation being the road to success, the Action Plan draws upon an African saying: ‘He who travels alone travels faster, yet he who travels in company travels farther’. In this cooperative spirit, the Action Plan ends with a major emphasis on mutuality, and even with an aspiration to usher in an era of beauty:

‘Based on principles of mutual understanding, mutual trust, mutual assistance and mutual learning, we shall join hands to promote the development of education and closer people-to-people ties. With these efforts, we will build an educational community among the Belt and Road countries together and create a new chapter of beautiful life for all humanity.’

Three years after the launch of the Education Action Plan, at the second BRI conclave in Beijing in April 2019 it was claimed in the report that these people-to-people ties were ‘the cultural foundation for building the Belt and Road’. In other words, it is the country-connectedness rather than the China-centred-ness that is at the heart of the BRI vision. Hence, instead of promoting the idea that all roads lead to Beijing, the ‘road of connected civilisations’ is projected along the shared BRI map:

‘In pursuing the Belt and Road Initiative, we should ensure that with regard to different civilisations, exchange will replace estrangement, mutual learning will replace clashes, and coexistence will replace a sense of superiority. This will boost mutual understanding, mutual respect and mutual trust between different countries.’

Kenneth King is Professor Emeritus of the University of Edinburgh, Scotland. His research interests over the years have focused on the history and politics of education, skills development and on aid policy towards all sub-sectors of education. He is the author of Chinese Aid and Soft Power in Africa: The Case of Education and Training (Boydell & Brewer, 2013).

Cleaning up Guangzhou’s African enclave: A historical perspective
China’s media presence in Africa is growing fast. Is its influence growing at the same pace?