Belt and road: Power and communication 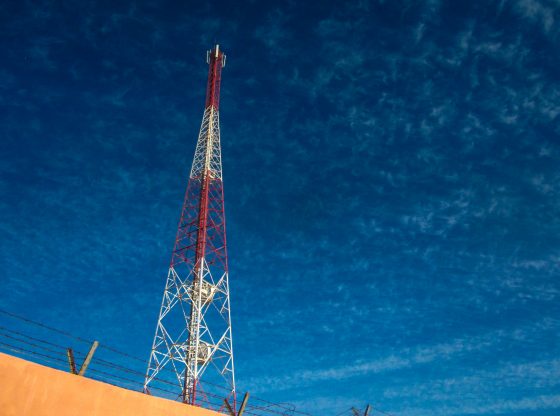 According to Article 3.3.7 of the ‘Forum on China-Africa Cooperation Beijing Action Plan (2019–2021)’ published on 12 September 2018): ‘Both sides encourage and support their companies to participate and partner in the building of ICT infrastructure of African countries, including optical fibre cable backbone networks, cross-border connectivity, international undersea cable, new-generation mobile network, and data centre and [to] cooperate in a mutually beneficial way in the construction, operation and service of relevant infrastructures.’

This gives an indication of how important the new communication technologies are for China’s power and development strategies in Africa.

By combining its investments in the construction of both transport and communication systems, China is extending its economic and political power on the continent.

More than anything, Innis’ interest was in how communications and systems of transport served to create political and economic power. He distinguished between temporal and spatial forms of communication, and argued that the development of communications and transport technologies formed the basis of all infrastructural power. Based on how media had reshaped social organisations, Innis believed that this created what he called ‘monopolies of knowledge’, which can take two forms: a monopoly of the content of ideas and a monopoly of socioeconomic control.

Innis’ theories are relevant for understanding two main elements in relation to China’s strategies for African development. China has supported vast investments in infrastructure construction in Africa – e.g. roads, railways and airports (spatial communication) – and is also deeply involved in telecommunications (temporal communication). By combining its investments in the construction of both transport and communication systems, China is extending its economic and political power on the continent. In support of this endeavour, Chinese state organisations, financial institutions and major construction and telecoms companies are all closely interconnected in a series of strategies and regimes that have an influence on economics, politics and culture.

Chinese activities in the African communications sector have been taking place all over the continent and as part of many different operations, although Chinese companies have not yet entered the main market of mobile network operators.

Two Chinese companies – the privately-owned Huawei, founded in 1988, and the state-owned Zhongxing Semiconductor (commonly known as ZTE), established in 1985 – dominate the Chinese presence in telecoms projects in Africa – and not only in Africa, either. Both companies are among the six big telecoms vendors in the world in terms of revenue and market position. Both companies developed as a response to China’s telecoms-infrastructure boom in the 1990s, and both of them – with Chinese government support and assistance – have ‘gone global’.

Today Huawei and ZTE are global telecoms giants in the provision of network equipment and software as well as mobile phones. Their products are available in most African countries and they have regional and country offices in 15 and 27 African countries, respectively. The number of country offices in Africa is a good indication of where to find their main contracts in relation to mobile operators and corporate customers.

Of the big Chinese companies, Huawei is clearly the most important one in Africa. However, ZTE has also been aggressively marketing its services, particularly in regard to network technologies – although it has met considerable local resistance and been accused of corruption in countries like Zambia and Ethiopia.

ZTE has been at the forefront of launching advanced technical solution in several African countries. For example, in 2017 it introduced a 4G network together with local operator Airtel in Nigeria, and in March 2018 the company announced plans for the deployment of 5G networks in the Middle East and Africa in a joint venture with South African continental operator MTN. These plans are now going ahead.

Alcatel-Lucent Shanghai Bell, founded in 1984, is a third but smaller Chinese company which also has operations in Africa. It is a joint venture between Alcatel-Lucent and the China State Asset Supervision and Administration Commission. It is the first telecoms company in China created through foreign direct investment (FDI) and it has been awarded contracts in a number of African countries. Another company with projects in several African countries is the China International Telecommunication Construction Company, which was founded in 1983.

In many African countries, Chinese companies have been important players in the development of backbone networks. Lately, they also seem to have played an important role in providing submarine cables connecting Africa to the rest of the world. For example, in January 2018 it was reported that Huawei Marine together with British Global Marine Systems had completed the planning for the ‘Peace (Pakistan East Africa Cable Express) Subsea Cable’, which would provide high-speed and high-capacity communications between Europe, Pakistan, Kenya, Djibouti, Somalia and South Africa, stretch for 20,000 kilometres, and be operational by the end of 2019.

This would be one of twelve submarine cable systems that Huawei has been involved in which link Africa to the rest of the world. Huawei is also a dominant player in the terrestrial fibre business in Africa. Both Huawei and ZTE have received soft loans through the Export-Import Bank of China and/or the China Development Bank for their many cooperation projects with African governments and telecoms companies.

Seen from the perspective of Harold Innis’ theories, throughout world history the combination of transport routes and means of communication has served to establish and maintain global economic and political power. The Chinese presence in the construction of African spatial communications (roads and railways) and investments in temporal communications (telecoms) represent elements of China’s economic and political consolidation on the continent, and play an important role in the African aspect of Beijing’s Belt and Road Initiative.

Helge Rønning is Professor Emeritus in the Department of Media and Communications, University of Oslo, Norway, as well as Senior Associate Researcher at the CMI Chr. Michelsen Institute, Bergen, Norway. Together with Fei Jiang, Shubo Li and Elling N. Tjønneland he co-authored ‘The Voice of China in Africa: Media, Communication Technologies and Image-Building’, which was published in the Chinese Journal of Communication.

*This article is based on a paper by Elling Tjønneland and Helge Rønning presented at the China-Africa in Global Perspective Conference held at the Université Libre de Bruxelles, Belgium, from 27–29 June 2018.

China’s media presence in Africa is growing fast. Is its influence growing at the same pace?
As the Sino-African relationship flourishes, increasing anti-African sentiment in China is alarming