As the Sino-African relationship flourishes, increasing anti-African sentiment in China is alarming 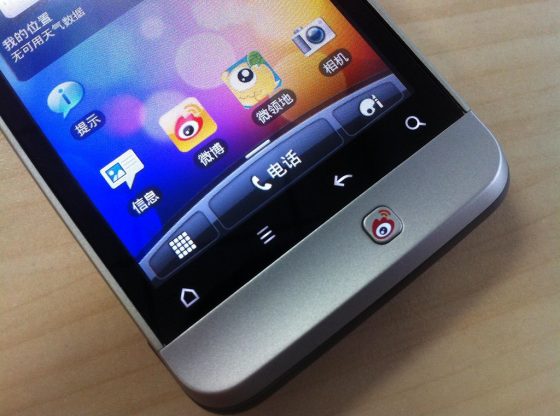 Relations between China and Africa today are far less thorny than they used to be in the past, when there were often reports of attacks on Chinese nationals by indigenous people in Africa. Such attacks were usually the result of increased demand on resources, mistreatment of local communities, or simply a clash of cultures. Many African countries have also suffered from debt distress as a result of excessive borrowing from China, which some analysts frame as China’s ‘debt trap diplomacy’. In addition, there have been several cases of illegal activities by the Chinese in Africa, from game poaching and environmental degradation to poor labour relations and business malpractice. Nowadays, however, there is far more engagement between China and Africa at the governmental level, and there have been significant efforts to improve the situation.

As more and more Africans migrate to China, this is leading to rising social and economic tensions in the host nation … and this needs to be addressed at the highest level

In the early days of economic and business engagement between the two sides – particularly in the late 1990s, when China began to implement its ‘going out policy’ – there was much more of a one-way flow of people as Chinese went to Africa seeking business and trading opportunities, rather than Africans travelling to China. At that time, the African countries were thrilled to have such an influx of people and money from China.

More recently, China has begun to open its doors to foreign nationals in order to do more business together and increase its global influence, as well as to attract a new pool of talent and skills. China has also granted large numbers of scholarships to developing countries and established a great many training programmes, all of which has resulted in an increased number of foreigners in China.

However, as more and more Africans migrate to China, this is leading to rising social and economic tensions in the host nation, just as was previously the case in Africa, and this needs to be addressed at the highest level. First and foremost among these problems is the sharp increase in racist and hate comments online against black people – particularly Africans – by Chinese internet users. Two recent incidents illustrate this very well.

The first relates to the reaction of Weibo users (the Chinese version of Twitter) to a 2018 report by the UN’s World Food Programme about the global food security issue and a July 2019 article on the subject in the Chinese newspaper the People’s Daily. This article, which showed how some countries in Africa (and other regions) were seriously in need of food, inspired horrific racist and hate comments online. What was particularly alarming about this was not simply the similarity of the frequently repeated comments directed at a specific group of people, but more especially the widely used stereotypes of Africans as being lazy and stupid, that they deserve to suffer, and do not deserve any sympathy or aid.

The second incident relates to a video which was published online in August 2019 and very quickly went viral on Chinese social media. The video showed a Ghanaian student being arrested by police on a train for allegedly using two seats illegally. Not only did it set off the usual criticism of Africans in the online and offline media, but it also triggered a fierce debate about the presumed benefits enjoyed by some foreign students on Chinese university campuses.

Even though it was later reported that the incident had occurred due to a combination of language barrier and misunderstanding, and that the Ghanaian student’s own seat had been occupied by a Chinese person when it should not have been, the comments and reactions to the video (posted on the btime.com news site which belongs to the Beijing Radio and Television Network) had a harsh and hateful tone which showed great intolerance of racial diversity (as well as deviating from the government’s firm foreign policy line in regard to harmonious co-existence and mutual respect).

As the Chinese government increases the number of scholarships it offers to African students, both in order to train personnel in the developing world and to attract suitable talent and skills into China, there has been a perceptible growth in criticism (both online and among university staff) of the perceived advantages being offered to foreign students over indigenous ones. As a result, there has been a surge in xenophobic content online, as well as calls for Africans (or black people generally) to be expelled from China, particularly in the wake of negative incidents involving foreigners. And while such xenophobic behaviour is barely discussed during international exchanges at the highest level, the comments are being picked up and disseminated by the mainstream media in China both uncritically and sympathetically.

Examples of the mainstream Chinese attitude to foreigners – particularly Africans and black people – range from appalling video memes of African children used in online commercial platforms for product promotion to typical stereotypes of Africans as poor and disease-stricken to the ‘This is Africa 2017’ exhibition at Hubei Provincial Museum in Wuhan, which placed photographs of animals and black people displaying similar expressions side by side. Hence it is extremely important that China and Africa work together at the highest level to promote people-to-people exchanges and enhance better understanding.

One of the main problems in this regard is the way that the Sino-African relationship is framed. Chinese state media always focus on China’s support for African countries and their people, without showing that China has also received significant economic benefits from Africa in the form of raw materials, natural resources and securing deals for infrastructure construction projects, all of which has created millions of jobs for Chinese workers. China has also benefited from several commercial loans made to African governments.

Figures from the Africa China Research Initiative, for instance, show that Africa’s trade deficit with China was USD 27.91 billion in 2018, as trade between the two sides rose to USD 170 billion. Likewise, the 2017 Annual Report on Oversees Study by researchers at Peking, Huaqiao and Xiamen Universities, which was released by the Social Sciences Academic Press, shows that the African continent was home to more than 1.1 million Chinese immigrants in 2012 compared with fewer than 160,000 in 1996. However, such bilateral benefits are not widely known or understood among the general Chinese population.

Indeed, although the aim of the ‘one-sided benefits’ framing is to create a positive image of China against mounting criticism from the West, it also encourages anti-foreigner sentiment and outrage among the Chinese elite and middle class, who are only given this single ‘exploitation’ narrative and hence accuse their government of spending too much money on helping Africa rather than focusing on poor rural Chinese communities.

Now that engagement between China and Africa is at a record level, it is important to put more effort into highlighting the existing economic benefits and commonalities between the two sides, in order to remove this growing sense of exploitation among the Chinese population. Second, both sides need to use various forums – such as the Forum for China-Africa Cooperation – to push for a more inclusive and common understanding between Chinese and Africans which transcends elitism.

There is no question that the growing Chinese influence in Africa has had a genuinely positive impact in elevating the continent out of poverty, and it has also provided China with significant economic gains. Nonetheless, it is also important to understand that these exchanges have also generated new social, political and economic tensions which need to be policed and require a common approach from both sides in order to deal with them.

Kwizela Aristide Basebya is a PhD Candidate in Communication Studies at the Communication University of China, Beijing. His research focuses on media for development, new media and democratisation, and Sino-African socio-economic trends.

Belt and road: Power and communication
Another financial crisis in Asia is looming