Another financial crisis in Asia is looming 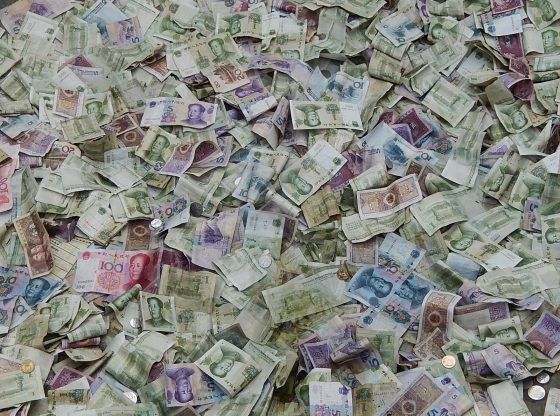 From the 1960s to the 1980s, the economic miracles that took place in Japan and the four ‘Tigers’ – Hong Kong, Singapore, South Korea and Taiwan – in East Asia (defined here as Northeast and Southeast Asia) attracted a great deal of attention and admiration worldwide. Scholars attributed the success in these countries to their workers’ love of stability in employment, hard work, discipline and loyalty towards authority figures, in addition to strong industrial growth policies.

However, the economic boom in Japan turned into a bust that caused decreasing per capita income growth for a decade from 1991 to 2001 and then extended stagnation for another decade from 2001 to 2011. Equally surprising to the rest of the world was the financial crisis in the other East Asian countries from 1997 1998, including Hong Kong and South Korea, which led to economic recession followed by painful recovery in several countries.

In trying to interpret this, researchers initially rebranded what had previously been seen as the East Asian ‘love of stability in employment and loyalty towards authority’ as ‘cronyism’ and ‘nepotism’. Later, scholars pointed to the immature financial system – typical of the newly developed countries – as the main cause of the financial and economic crisis in these East Asian Countries. The following characteristics were identified as being particularly to blame: imprudent investments, fraudulent lending practices, and failure of the regulators.

However, many countries with weak financial systems in East Asia had no financial crisis during this period, including China, Vietnam, Laos and Cambodia. These are all newly developing countries, and they were able to avoid the crisis because they were too new in the financial market to allow full convertibility of their currencies. This meant that investors had to submit applications and undergo a waiting period to take their money out of the country. If there was an emergency, then the national government had the right to delay withdrawals indefinitely.

These partial and gradual convertibility policies saved these countries. Furthermore, despite their financial systems being weak, this did not interfere with the development of their economies. On the contrary, the financial intermediation of East Asia might have been the reason for their rapid economic growth. The GDP growth rate in each of the four Tigers with immature financial systems listed above has been around six to seven per cent over the past 20 years.

Similar to the land-price bubble that occurred in Japan and the ‘white elephant investment’ in luxurious resorts that occurred in Thailand, the imprudent level of investment in the housing markets in the US and Europe increased the price of a typical house by more than 100 per cent between 1998 and 2006. The stock market worldwide was also booming continuously during this period.

Just as in East Asia, the collapse of the housing bubble came about due to problems in the financial markets. The risky investments had been funded by banks which were competing for customers and hence decided to lower their standards vis-à-vis borrowers. Consequently, investors could easily obtain short-term loans to finance their long-term investments in real estate and risky investments in the equity markets.

Similar to the case of East Asia, central banks in the developed countries, including the US Federal Reserve, continuously lowered the target rate between 1998 and 2006. Thanks to these practices, which directly impacted on inter-bank lending and reserves, the commercial banks were willing to finance mortgages without down payments and with extremely low interest rates to encourage borrowing.

One of the widespread practices at the time was providing loans that required ‘no income, no job, no asset verification’ (NINJA). These loans were later referred to as ‘liar loans’, because lying by borrowers during the loan application process was accepted. Another example was the ‘predatory lending’ practice, in which banks offered loans to borrowers with bad credit ratings and then imposed unfair and abusive loan terms on them. This led to an increase in non-performing loans over time.

Failure of the regulators

The lack of control by the central banks in developed countries between 1998 and 2006 was evident in the wholesale deregulation of the banks, decreases and increases in interest rates without predicting the long-term effects, and deregulation of the equity market.

Particularly significant was allowing banks to own other financial companies, the removal of derivative-market regulation, the relaxation of net capital rules for investment banks, and allowing depository banks to move significant amounts of assets and liabilities off-balance sheet into non-banking institutions. Considering the financial crisis in the West, many economists have expressed concerns and suggested that there should have been stricter regulation of all banking-like activities.

To summarise, the main cause of financial crises in general and the Asian crisis in particular was not an immature economic system. Rather, the capitalist system that encourages profit-seeking activities based solely on human greed and selfishness automatically leads to financial crises in a vicious circle of boom and bust. Any shock in macroeconomic policy can trigger such a crisis.

Hence, China’s recent devaluation of the renminbi in retaliation for US President Trump’s increases in tariffs might soon lead to another financial crisis in Asia. This one will affect all Asian countries that have close trading relations with China and the US.

To avoid future crises, there is a need to develop a completely new economic system. The use of advanced technologies to improve economic forecasting techniques can help governments to anticipate financial crises. It is imperative on each country to implement suitable systems to counter their own particular problems so as to limit the impact of any future financial crisis on the economy.

Professor Tam Bang Vu is Former Interim Dean and Distinguished Professor of Economics at the College of Business and Economics, the University of Hawaii at Hilo, United States of America.

As the Sino-African relationship flourishes, increasing anti-African sentiment in China is alarming
Will Modi 2.0 deliver on the economy? Thorny issues lie ahead, but the outlook is rosy