Will Modi 2.0 deliver on the economy? Thorny issues lie ahead, but the outlook is rosy

Home /Asia, Elections, India, IndiaVotes2019/Will Modi 2.0 deliver on the economy? Thorny issues lie ahead, but the outlook is rosy 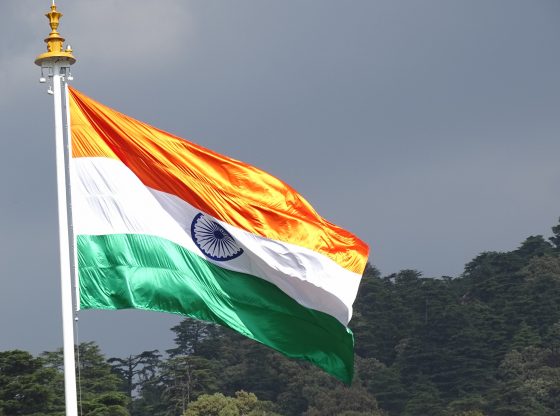 The People’s Republic of China (PRC) and India can be said to be the two hotspots in Asia today, and in the world in general. In India, the National Democratic Alliance (NDA) led by the party of the Prime Minister (PM) Narendra Modi  won the 2019 general election with a substantial majority. This comes at a time when the Indian economy is going through a growth transition while the global economy is experiencing tumultuous times. Indeed, according to the Indian government’s latest economic survey (July 2019), there are good prospects for growth to accelerate in 2019–20 because the macroeconomic conditions are very stable.

In the meantime, India’s strongest rival, China, has been facing enormous challenges: the US–China trade war has continued longer than expected and this has hurt the Chinese economy significantly. The PRC recorded its lowest growth rate over the past 27 years, with growth of 6.2 per cent in the second quarter of 2019. For India, then, the most pressing question is whether the current politico-economic turbulence around the world – particularly the trade war between the US and China – will be a boon during Modi’s second term, or whether the new government will face more thorny issues in the future.

Given that India is a labour-surplus economy, the country needs to take advantage of globalisation and integration by employing its surplus workforce in labour-intensive export sectors

Following the elections in April and May 2019, Modi’s party, the Bharatiya Janata Party (BJP), emerged victorious with a thumping majority, belying all the predictions and exit polls. The markets were elated by the outcome and the BSE Sensex (the index of 30 established and financially sound companies listed on the Bombay Stock Exchange) rocketed past the 40,000 mark, reaching a historic high.

Apart from being the costliest election ever, with around USD 8 billion spent on campaigning, the 2019 general election was historic for other reasons as well.  Significantly, this was the first election in India that saw a government which was not led by the Congress Party returned to power after a full 5 year-term and with a clear majority.

Furthermore, the election was fought in a distinctly presidential style, which was last seen 40 years ago when former PM Indira Gandhi contested the election. The BJP rode on the TINA (There is no alternative) factor, especially after the Pulwama terrorist attack and the Balakot action which the Indian government carried out in response. As a result, PM Modi emerged as the undisputed leader once again and his persona overshadowed the opposition. Not only did the BJP win more seats in this election, but its vote share also increased.

Since coming to power on 30 May 2019, the Modi 2.0 government has taken many bold decisions, including the decision on 5 August 2019 to revoke the special status accorded to the state of J&K (Jammu and Kashmir). It remains to be seen what the markets and international investors will make of this development over the long term. On the one hand, it is argued that revoking Article 370 will, inter alia, bring fresh investment and job opportunities to J&K.  On the other hand, some critics argue that the action demonstrates an increasingly authoritarian attitude by the current government.

From the international perspective, a strong and stable, market-orientated government in New Delhi is good for investment considerations, as well as from a geopolitical security standpoint. Given the increasing importance of India in the international arena, Modi’s firm leadership is expected to have a positive effect. Nevertheless, the Modi 2.0 government will need to tread cautiously to avoid any negative fallout from its decision, especially on the social and communal front.

There are even greater challenges on the economic front, given that the global economy is slowing and world output growth fell from 3.8 per cent in 2017 to 3.6 per cent in 2018. Moreover, global economic challenges such as rising protectionism – escalated by the prolonged trade war between the US and China and the recent decision by the US to add the PRC to the list of currency manipulators – and institutional disarray caused by a weak World Trade Organisation (WTO) combine to make matters worse.

Even with these modest numbers, India remains an attractive destination for international investors. However, the country cannot afford to grow at a slow pace, given that it still has significant development requirements. Furthermore, there are emerging areas of concern. The amount of bad debt held by banks has swelled, requiring further refuelling in the form of recapitalisation by the government. Many non-banking financial companies are facing a liquidity crunch and are unable to refinance their existing debts. In addition, the slow pace of dispute resolution is making matters worse.

International opinion will not remain unaffected by these developments and very soon we can expect to see their impact in the form of a downgraded ranking for India. Fitch, the international rating agency, has already downgraded the credit rating of banks like ICICI and Axis to junk status, and it will be no surprise to see many more on the list in the near future. Recently, the automotive industry, which is one of the biggest employers in India, has also started feeling the crunch on account of a slowdown in demand, both on the domestic front and internationally. All of these factors indicate a slowdown in the country’s economic outlook.

However, there is a silver lining, thanks to the overall low inflationary scenario and stable international oil prices, which provide some breathing space in the form of low interest rates and increased fiscal capacity. Moreover, within India’s federal system, the fact that the BJP is in government at both the national level and in most of the states provides an enabling environment for fast-tracking the reform process, which is otherwise lengthy and complex.

The appointment of a new Finance Minister, in the form of Nirmala Sitharaman (the first woman to hold this post) is also a positive sign, indicating that the government is serious (and eager) to address problems in the economy. Sitharaman’s role is not going to be easy, as there are many economic challenges that will require a fine balancing act.

Her challenges include liberalising the economy and introducing structural changes so as to make it easier to do business in India and so attract foreign investment, creating productive jobs and ensuring training for the vast numbers of young and semi-skilled people in need of employment, and not least, solving the agrarian crisis, which has already lasted far too long.

There thus needs to be a focus on increasing the pace of growth through exports and investment. The US–China trade dispute, which has accelerated the outflow of investment from China, coincidently provides a huge opportunity for India. Although many companies leaving the PRC have chosen Vietnam and Thailand as alternative destinations, India will have a greater opportunity to boost its economy by attracting investment once it improves its public governance.

The relocation of businesses from China to India would benefit the latter substantially, and any complacency vis-à-vis making use of this opportunity could prove very costly in terms of economic development and poverty reduction. Attracting such investment could also go a long way towards realising Prime Minister Modi’s target of raising India’s GDP to USD 5 trillion by 2024.

The new foreign trade policy (2020–25) is expected to be released at the end of 2019, and there needs to be a focus on removing the existing loopholes and difficulties faced by exporters. While the existing global environment presents many challenges to exporters, support from the government in the form of skills and infrastructure development would certainly help them negotiate these difficult waters.

According to a joint report by the World Bank and the International Labour Organisation published in February 2019, increased exports would not only result in higher wages but also better jobs, including more formal employment for youth and women. The report, entitled Exports to Jobs: Boosting the Gains from Trade in South Asia, states that increasing exports would boost average wages as well as improving the performance of local labour markets. Hence, a foreign trade policy needs to be implemented to increase exports so that the benefits can have a trickledown effect through providing employment.

Given that India is a labour-surplus economy, the country needs to take advantage of globalisation and integration by employing its surplus workforce in labour-intensive export sectors. However, before embarking on this project it is also necessary to ensure that workers have adequate skills. This is particularly important because insufficient skills can lead to production bottlenecks, and employing unskilled or semi-skilled workers would not have the desired result in terms of making India’s exports competitive on price in the international market.

It remains to be seen how well the Modi 2.0 government will be able to steer the economy away from the present dangers towards more positive outcomes. The government showed during its previous tenure that it was able to take a pragmatic approach to social and economic policies, and the same can be expected in regard to future policy documents in Modi’s second term.

Thanks to good macroeconomic conditions and the policy stability provided by Narendra Modi, India finds itself with an unprecedented opportunity to prosper on several fronts, not least economically. The US–China trade war has even improved things by tilting investment and trade opportunities in India’s favour.

Nevertheless, under Modi’s second term in office, the rule of a strong man may lead to worrying challenges in the future, such as maintaining communal harmony and stability without compromising on constitutional guarantees and institutional autonomy. In sum,  although Modi 2.0 will certainly face some thorny issues ahead, the economic outlook is potentially rosy.

Rishi Kant is an MPA graduate of the Lee Kuan Yew School of Public Policy, National University of Singapore, Singapore.