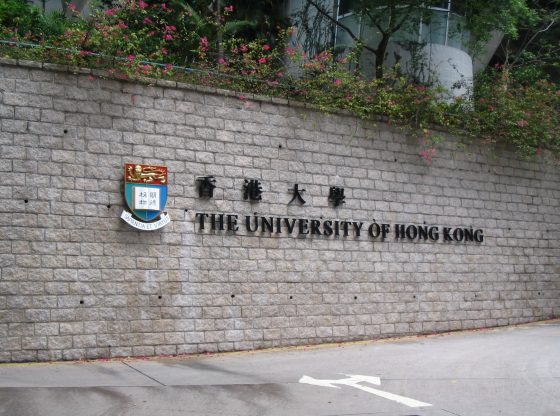 Between 1978 and 2018, China sent more than 5.8 million students abroad to study. In 2018 alone, more than 662,100 students ventured outside the mainland to pursue their education. While most of these students study in popular destinations such as the US, the UK, Germany and Australia, a small fraction of them choose to study in Hong Kong.

Over the past two decades, Hong Kong higher education institutions (HEIs) have witnessed more than a 15-fold increase in their student intake from mainland China, rising from 791 in 1996/97 to 12,037 in 2016/17. Why have these students decided to study in Hong Kong? What are their experiences of studying and living there? And what happens to them after graduation?

When they first travelled to Hong Kong, most mainland students were drawn there by the curious possibilities for them to engage with taboo political topics and novel political activities

Since 2013, I have been following 31 such students who came to Hong Kong between 2008 and 2013. Twenty-eight of them had received offers from top Chinese institutions such as Peking University or the Universities of Tsinghua or Fudan. Given the notoriously keen competition for admission to the top Chinese universities through the Gaokao (National College Entrance Examinations), these students can be considered as winners in the education system in mainland China. And yet they chose not to accept these offers, but instead to venture outside – not to a country in the West, but to Hong Kong, a Special Administrative Region that is distinctly different from the mainland.

When the ‘Hong Kong Dream’ meets the ‘anti-mainlandisation discourse’

When I examined their motivations for studying in Hong Kong, I found that these students all shared a ‘Hong Kong Dream’. This Hong Kong Dream was characterised by a desire for change in their individual outlooks, a yearning for international exposure, and a rich imagination about Hong Kong and beyond. However, when their Hong Kong Dream met Hong Kong’s ‘anti-mainlandisation discourse’, as was partially – though acutely – reflected in the recent Anti-Extradition Bill Protests and the 2014 Occupy Central movement, most of these students responded by constructing two separate identities for themselves.

In other words, responding to doubts about how wise their decision to go to Hong Kong was, these mainland students portrayed a ‘free’ self, i.e. one that is spatially mobile and ideologically unconfined. And yet in response to the anti-mainlandisation discourse, they constructed an ‘elite’ identity, positioning themselves as players (and winners) in a competitive global game.

It is important to highlight the self-protective nature of this ‘elite’ identity. The students’ ostensibly active self-exclusion actually represents the lesser of two evils, given the rejection they encountered when trying to integrate with Hong Kong society. Their self-perceived sense of inferiority, which had arguably been provoked by what they saw as the ‘arrogance’ and ‘self-importance’ of local Hong Kongers, pushed them to confine themselves within the protective zone of an ‘elite mainland student’ identity.

Indeed, the contrasting economic, social and political contexts between mainland China and Hong Kong have led to notable gains and losses for these mainland students, resulting in various grievances and a certain ambivalence amongst them.

How do mainland students fare in the job market?

Given their outstanding academic achievements and middle-class family backgrounds, after they graduated, around one-third of these students received offers from elite overseas universities to follow postgraduate studies. The remainder obtained typical middle-class forms of employment in Hong Kong. However, when they reflected on their job-seeking experiences, these students could not help but compare themselves with their peers who had either stayed at elite mainland universities or moved abroad for education. They felt that they had been subject to a ‘triple disadvantage’.

First, when seeking jobs in Hong Kong, they were considered by Hong Kong’s local employers as having been educated locally. This meant that they were at a disadvantage when competing against their peers with degrees from elite mainland universities, because their absence from the mainland meant they lacked familiarity with mainland China’s business environment; such knowledge is considered important cultural capital, given that finance companies in Hong Kong nowadays have significantly more business interaction with their mainland partners.

Second, when competing against other Hong Kong students who were likewise educated locally at Hong Kong universities, the students from the mainland felt that they lacked a competitive edge, mainly due to insufficient language mastery (i.e. fluency in Cantonese) or a lack of in-depth understanding of the local context of Hong Kong.

Third, when attempting to seek jobs in mainland China, they felt that they had missed opportunities to accumulate useful social connections, again due to their absence from mainland China. Meanwhile, as employers on the mainland are still relatively unfamiliar with Hong Kong education credentials, they felt that their academic capital was not properly rewarded or recognised.

Political socialisation: from initial enthusiasm to rejection to transformation

When they first travelled to Hong Kong, most mainland students were drawn there by the curious possibilities for them to engage with taboo political topics and novel political activities such as protests and rallies. However, as their political socialisation deepened and the political tensions between Hong Kong and mainland China intensified, they began to encounter the symbolic deficits of their mainlander identity.

This identity placed them at the centre of conflicts in numerous daily encounters with their colleagues and friends, leading to alienation and, ultimately, a total rejection of politics. Consequently, the negativity of their political experiences overrode their initial curiosity and appreciation for various political freedoms, leading two-thirds of them to decide to ‘escape’ from Hong Kong.

However, for some of those who went abroad and then returned to work and live in mainland China, they started to notice the nuanced differences that had been transforming their political understanding. For instance, one student who went on to study in London rejoiced at her new position there of being ‘just another international student’ and no longer at the centre of conflicts. In London, she rekindled her interest in politics and started to engage with debates on political topics such as refugee issues.

Subsequently, when she returned to work in mainland China, she felt uneasy due to the lack of space to express her political views freely. She concluded that she had become used to the political freedoms she had enjoyed in Hong Kong, compared with the ‘suppressive’ political environment she found in mainland China after her return. Such ambivalence evidenced the constant negotiation that these students have to grapple with as a result of the divided political disposition they develop when they choose to study outside the mainland.

Cora Lingling Xu (PhD, Cambridge, FHEA) is a Lecturer in Education at Keele University, UK. She is an editorial board member of the British Journal of Sociology of Education and the Cambridge Journal of Education. In 2017, Cora founded the Network for Research into Chinese Education Mobilities. Her research interests include Bourdieu’s theory of practice, education mobilities and inequalities, and China studies. She can be reached at l.xu@keele.ac.uk, and via Twitter @CoraLinglingXu. The research base for this blog entry can be accessed here.

Will Modi 2.0 deliver on the economy? Thorny issues lie ahead, but the outlook is rosy
Chinese students in Canada: Attitudes, opportunities, challenges