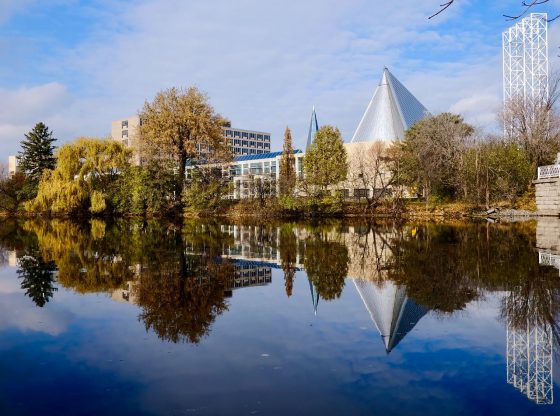 China is a major source of international students coming to study in Canada. Until recently, Chinese students constituted the largest international group in Canada, but in 2018 their number was overtaken by Indian students. In this short article I propose to offer a snapshot of who these students are, what subjects they come to study, and my own reflections concerning the benefits and challenges they present.

A snapshot of Chinese students in Canada

In 2017 there were 74,260 Chinese students studying at Canadian universities, 16,895 in colleges, 28,540 in secondary schools, and 2,715 in primary schools. Among the Chinese students at Canadian universities, 39% chose to study commerce, followed by 26.5% in scientific fields, 22.6% in the humanities and social sciences, and 11.9% on engineering programmes. A major contrast between Chinese students and their international peers is the strong preference among the Chinese for studying commerce (39%), compared with only a third of this number (13%) across all the other international students combined.

The opportunities offered by Chinese students

According to a study by the online forum Policy Options, Canadian universities have consequently become somewhat addicted to the revenues that international students bring in. Hence, Chinese students are now seen as an important source of income for many Canadian higher education institutions – including the top universities – who can have a significant impact on these institutions’ financial credibility.

For example, Chinese students make up nearly two-thirds of the international student body at the University of Toronto, more than one-third at the University of British Columbia, and almost one-fourth at McGill University. Hence, when a dustup between Canada and China occurred over the arrest in Vancouver of the Chief Financial Officer of China’s telecommunications giant Huawei, Moody’s Investors Service warned Canadian universities of a potential financial crisis, should the Chinese government decide to curb student flows to Canada.

This trend can arguably be attributed to Canada’s preferential policy of creating a pathway from international student status to permanent residence through the Canada Express Entry exercise, which was introduced in January 2015 and for the first time specifically awards points to candidates with Canadian education experience. This enables international students to achieve permanent residence quickly and easily – in sharp contrast to the current anti-immigration stance of the US. There is no doubt that such policies will continue to cast Canada as a welcoming destination for international students – including from China – and persuade more of them to come here to study.

The challenges presented by Chinese students

Chinese students do not only bring several benefits to Canada, however. They also present a number of challenges which can be assessed on three fronts: academic, economic and political.

Academically, a considerable number of Chinese students appear to have difficulty in adapting to the Canadian learning environment. Such problems are not limited to English or French language ability but are also connected to an academic culture shock. For instance, Chinese students are often observed to be less active in classroom discussions, teamwork and campus activities and they are often linked to a lowering of academic standards in teaching and learning, or even cases of academic misconduct. Indeed, it is a fact that many Chinese students drop out of their studies for these reasons.

More commonly, Chinese students in Canada are perceived as always sticking together, showing little interest in interacting with local peers, and not being committed to Western liberal values. Seen from the other side of the same coin, however, Chinese students complain that Canadian universities do not provide proper or sufficient support to help them adjust to a very different cultural setting and learning environment.

With more and more Chinese students coming to Canada at a younger age and attending schools here, I believe that such academic challenges will be less significant in the future. Nevertheless, Canadian universities should endeavour to improve the services they provide to international students, given their increasingly visible presence on campus – especially if the pathway from international student to permanent resident is expected to be a clear and smooth one.

On the economic front, while I doubt that the Chinese government would really pull its students out of Canadian education institutions or prohibit future students from coming to Canada, the current downturn of China’s economy and depreciation of the Chinese currency could have the same effect, albeit on a limited scale.

An additional factor is China’s exercise of foreign exchange control, whereby the state regulates the flow of foreign exchange in and out of the country. Hence, as the trade war with the US has eroded China’s foreign reserves, the government has tightened the sale and purchase of foreign currencies by Chinese residents, which means that Chinese households are now constrained in obtaining foreign currencies to send their children to study abroad. Some might choose to go to those countries providing free tuition or nearly-free tuition in higher-education, for example in Finland, Germany, Iceland or Luxembourg. Presumably for these reasons, 2018 witnessed only a modest increase in the number of Chinese students coming to Canada, up by just 1.7%, which is in sharp contrast to the 39.1% growth in the number of Indian students in the same year.

Considering the political challenges, the increasing presence of Chinese students could become a cause of conflict in Canadian society if (or when) these students advocate Chinese political interests. The Chinese knowledge tradition stresses unity of learning and action, which has intentionally been interpreted over the years as learning for the sake of China’s national development. The legacy of such orthodoxy from their education in China propels Chinese scholars and students home and abroad to align their personal academic pursuits voluntarily with the state’s national development agenda.

The younger generation of Chinese students overseas, who have enjoyed the fruits of China’s economic success most, may embody such patriotic sentiments even more strongly. Hence, when there is conflict between China’s interests and those of others (ever more likely in view of China’s expanding interests in the global economy and geopolitics) Chinese students are not afraid to stand up and protest on the streets in China’s defence, which may in turn lead to disputes and clashes. One could argue that this is a common phenomenon in a democratic society like Canada’s, but what is notable is that Chinese students now represent a new – and vocal – group in such scenarios.

In sum, the flow of Chinese students to Canada brings handsome economic benefits to the Canadian education sector and provides opportunities for Canada to meet its skilled immigration targets. Nonetheless, having large numbers of Chinese students on campus presents certain challenges too, not only in relation to divergent academic cultures, but also because of changes in the global economy and geopolitical factors as well.

Qiang Zha is an Associate Professor and Graduate Programme Director at the Faculty of Education, York University, Toronto, Canada.