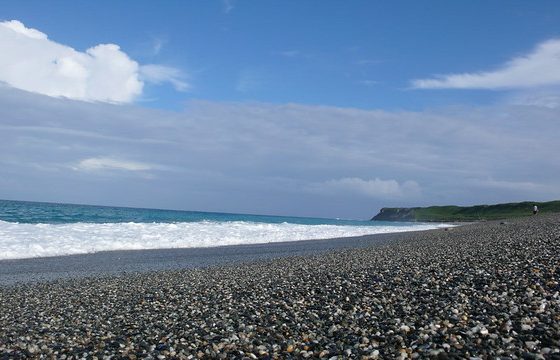 While corporations are typically singled out as the main perpetrators of exploitation, governments have historically been to blame for the abuse, enslavement and forced displacement of local populations of Indigenous peoples for access to natural resources and financial gain. While Bolsonnaro’s Brazil reminds us that the brutality of colonial governments is still commonplace, there are more covert but just as pervasive forms of exploitation that continue to be carried out against Indigenous peoples. One such example is Indigenous tourism. While in recent years governments have begun supporting Indigenous rights movements and investing heavily in Indigenous tourism, there are many cases where Indigenous communities are being exploited to attract tourists. In some cases Indigenous communities are even being paid to continue to live in traditional ways to maintain their ‘exoticism’, despite their wishing to live in more developed environments.

In order to gain public approval on the commitment against social and environmental exploitation, more and more corporations are utilising Corporate Social Responsibility (CSR) by investing in social development projects

My research on Indigenous communities in Taiwan shows that the needs and wishes of Indigenous peoples are still considered secondary to those of government. I argue for a more nuanced approach wherein public institutions work alongside local people. Government restrictions should not suffocate community will and should not limit the agency of local people. However, my study of three approaches to developing tourism in Jici village磯崎 (Kaluluan), a predominantly Indigenous community on the East coast of Taiwan, shows that this is rarely the case. The three case studies, Jici Beach Resort, Jici Scenic Park and the Cultural Revitalisation Centre, show that the source of investment strongly influences the sustainability of tourism projects. In order to gain public approval on the commitment against social and environmental exploitation, more and more corporations are utilising Corporate Social Responsibility (CSR) by investing in social development projects. I therefore argue that a Sustainable and Ethical Private Investment Approach (SEPIA) may provide an alternative to advocating sustainability and agency for Indigenous communities, helping them to attain economic stability and independence, and to ensure cultural maintenance and/or revitalisation.

South of Hualien city on Taiwan’s east coast lies the village of Kaluluan. Its residents, predominantly Sakizaya and Amis ethnic groups, are mostly middle-aged (50+) and sustain themselves through traditional means such as fishing and farming. Some of them also manage a few local restaurants along the Taiwan 11th Provincial Highway, which brings tourists to the picturesque coast. Here the only accessible beach for miles around, along with the natural beauty of the locality and the cultural uniqueness of the Indigenous population, has made Jici the ideal location for a number of tourism projects. But public and private investors have expressed different views on how to work together with the local community.

Jici Beach Resort, owned and managed by the Eastern Management Office (part of the East Coast National Administration Office of the Tourism Bureau), is currently the only touristic development project in Kaluluan. As Indigenous Private Property is not legally recognised in Taiwan, the resort was built on traditional Indigenous land and handed over to external (Han Taiwanese) investors whereby its use was later denied to local people. The government has left no room for any sustainability in its approach to the business. In fact, the control and exploitation of traditional Indigenous land and resources, support for external business owners instead of local, and instances of cultural appropriation (e.g. using Indigenous designs on the buildings) illustrate how government ‘investment’ has largely excluded locals.

Another project that purported to develop the local economy is the Jici Scenic Park project – a scenic theatre for hosting traditional Indigenous performances – presented by the Eastern Coast National Management Office of the Ministry of Tourism in 2012. After initial opposition by local communities it was finally agreed in 2017 that the theatre be built on the grounds of the former Jici Primary School, which closed following years of rural-to-urban migration. The plan mirrors the 2017 tourism policies of the Taiwan Tourism Bureau where the focus is on developing a profitable tourist spot and where the needs of the local community are secondary. In fact, the BOT investment model holds that the rights over the complex will belong first to external private investors and then to the Government, ignoring the local population despite their culture and traditions being the basis for the park. Also, the primary school continues to be the stage for local festivals such as the annual Harvest Festival and the Sakizaya Palamal Festival, and so is a site of historical and cultural importance.

More positively, the Cultural Revitalisation Centre is the result of an agreement between the Sakizaya Cultural Foundation of Kaluluan (consisting of members from the community) and a Taipei-based construction company. In order to save on corporate taxes, the company will construct a building on land owned by one of the Kaluluan’s residents but will donate in full the edifice to the local people. The centre will be used to organise working holidays, where tourists can take part in traditional activities such as crafts, preparing and preserving flying fish, hunting techniques, traditional festivals and cultural demonstrations. The centre will not only represent a boost for Jici’s economy, it is also founded on the tangible and intangible heritage of the community that will revitalise aspects of traditional Indigenous cultures currently in danger of dying out.

Although the project obviously benefits the Taipei-based company by promoting them as a more socially-conscious corporation (just as other companies adopt fair-trade policies and ethically-sourced materials), it can also be considered the most effective way to help sustainable tourism flourish. This project is an example of a Sustainable and Ethical Private Investment Approach (SEPIA) as it is based on the respect and acknowledgement of the authority, rights and potential of the local population and has local development as its end goal. Its pillars are land ownership and resource control, governance and cooperation with the community, and forward-looking strategies and policies. SEPIA leads to economic development and subsequently the repopulation of ancestral lands through employment; social development through community self-reliance, education of both community members and tourists, empowerment of the local population, and improvement of infrastructures and services. SEPIA also brings cultural revitalisation through the transmission of an endangered intangible heritage and consequently cultural and ethnic pride.

As the Sakizaya demonstrate, SEPIA can have an important impact in the ways Indigenous people represent themselves and how tourism might be able to positively contribute to restoring the broken relationships between the Indigenous communities and wider society.