How the US-China trade war has fractured global value chains 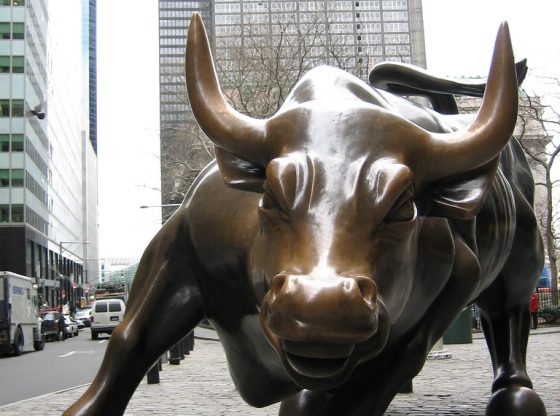 In doing so, Trump has reneged on his 13 August decision to delay until mid-December the imposition of new tariffs, then set at 10 percent, given the admission for the first time that they may ‘have an impact on US consumers’. Any hopes that this signalled a possible end to the trade war have now been dashed.

While it is never too late (or too early) to end a trade war, there are some impacts that may be irreversible. Once it became clear that the dispute was more than transitory, US investment started being diverted away from China and mainly into Southeast Asia. Investments into and from the US have also been affected following China’s retaliatory tariffs.

There are significant costs associated with this restructuring. The move itself incurs fixed costs, some of which will be sunk. There is also the potential increase in variable costs associated with shifting production simply in order to avoid tariffs. While the former is a one-off, the latter represents an ongoing increase in production costs. Taken together, these costs will be substantial.

To avoid such costs, US firms are spending millions on lawyers to find loopholes to avoid the tariffs without having to shift production, but any relief is usually only short-lived as the authorities quickly clamp down to close the loopholes.

But how can a 25 per cent tariff justify such a costly move? The fact that it is taking place suggests at least two factors are at play, which may have been missed or misunderstood.

The first of these relates to the difference between nominal and effective tariff rates, which crucially depends on the share of value added by US and Chinese producers. This distinction is particularly important given the prevalence of Chinese (and US) exports that are produced as part of global value chains. After all, China is (or at least was) the assembly hub for much of the region’s manufacturing.

Whenever there is Chinese value added or the use of imported inputs from China, the nominal tariff rate has to be adjusted by a factor equal to the reciprocal of the Chinese value-added share.

The Fung Global Institute and WTO together estimated, for example, that only about 10 per cent of the US$425 price of a jacket made in China and sold in the United States actually accrues to the Chinese. Therefore, shifting production away from China would only make economic sense if the cost of moving production out of China was less than the effective 250 per cent tariff rate. That’s ten times the margin implied by the nominal tariff rate. The same principle applies to the location of production by US firms exporting to the Chinese market, where they face retaliatory tariffs.

For goods with high Chinese value-added shares, however, the effective tariff may not justify a relocation. In these cases, transhipment may be pursued to avoid the tariff. This occurs when Chinese exports undergo minimal processing – sometimes just relabelling – in a third country and are re-exported as if originating from that country.

US Customs and Border Protection have already identified Vietnam, Malaysia and the Philippines as transhipment points. Although illegal, transhipment reduces – but does not eliminate – the efficiency loss due to disruption of the supply chain. The US Department of Commerce has started imposing additional punitive duties on goods it deems to have been transhipped.

These problems arise because there are no clear rules specified about origin for determining the nationality of a processed product, leaving the bill of lading as the main certification mechanism.

The trade war is a symptom, and it will not end here

The second reason why Trump is imposing the move could relate to how the current dispute is being viewed. If it is seen as a symptom of larger, underlying forces at play – such as a geopolitical struggle for global economic dominance – then it will not end here. Chinese multinational corporations (MNCs) and foreign MNCs operating in China that feel the tensions will persist in finding new forms of expression and they will continue to restructure their production in order to diversify long-term risks.

These two reasons can explain how the imposition of a relatively modest tariff has permanently fractured Asia’s supply chains.

A case of déjà vu?

If any of this sounds familiar, it may be because a similar dispute took place just over thirty years ago between the United States and Japan, which was also triggered by a large bilateral trade imbalance. Then, the punishment for Japan came in the form of a forced appreciation of the yen through the Plaza Accord.

Japan responded by moving labour-intensive segments of its manufacturing production to lower-wage destinations in Southeast Asia, giving birth to ‘Factory Asia’. In the process, Japan was able to retain its export competitiveness through efficiency gains and by circumventing some of the currency revaluation effects.

Japan was also able to shift part of its export surplus onto the balance of payments accounts of the countries it had invested in, thereby appearing to shrink its bilateral surplus with the United States. China may well try to do the same.

Nonetheless, there is an important difference with regard to the current trade tensions between China and the US. The embedding of Asia into global value chains benefitted consumers around the world and raised world incomes. Today’s trade war is having the opposite effect. And the fallout could continue for a long time to come, even if the dispute ends soon.