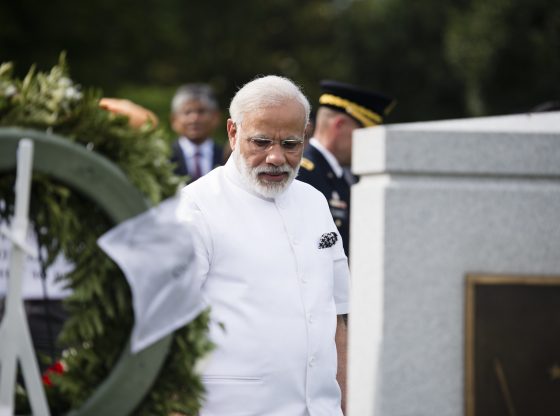 As we approach the completion of Prime Minister Modi’s first 100 days into his second term, we reflect on what implications this has had on the government, the economy and India more widely.

The election that returned Modi to power with an increased majority in 2019 differed from the election of 2014 in its naked communalism, articulated by those in the higher echelons of the governing Bharatiya Janata Party (BJP) rather than those working on the ground. What has surprised many observers has been the speed with which this communal agenda has been given legislative force in the subsequent 100 days, especially after a cautious approach to many of these issues during Modi’s first administration.

While the recent Lok Sabha session from June to August 2019 was lauded as one of the most ‘productive’ in terms of producing legislation, of major concern is the way draft legislation has bypassed legislative scrutiny

The most prominent legislative change has been the revocation of Article 370 in the Indian constitution, removing the special status of the state of Jammu and Kashmir. Despite the fact that ‘special status’ meant little in practice – the powers of the state having been eroded over time through legislation – revoking Article 370 was a hugely symbolic move which surprised even seasoned Kashmir observers (even though historically the BJP has always been committed to abolishing Article 370). It was accompanied by downgrading Jammu and Kashmir’s legal status from being a state of the Indian Union to being a Union Territory (UT) and splitting off the province of Ladakh into a separate Union Territory as well.

Although any changes to Kashmir’s status require the formal approval of its state assembly, because the state has been under central control (President’s Rule) since December 2018, these constitutional changes were therefore approved by its Governor, a centrally appointed figure. The day before the action on 5 August 2019, opposition politicians were taken into custody and internet access and phone services (mobile and landline) were blocked.  A month after the action, communications are still severely restricted and reports have emerged of torture and more widespread arrests than previously thought.

Although the BJP has promised that the action will lead to increased investment in and development of Kashmir, the imposition of the change without securing a buy-in from local politicians raises serious concerns about the future political stability of the region.  Concerns have also been raised about the influx of non-Kashmiris – which had previously been restricted under Article 35(A) of the constitution (likewise revoked with Article 370) – and the impact this will have on the demographic balance of the region.

Meanwhile, the publication of the National Register of Citizens (NRC) in Assam has received widespread international coverage for rendering 1.9 million residents of India stateless. However, this is part of a much longer process initiated and monitored by the Supreme Court and cannot be directly linked to the current government. Nevertheless, the Modi government has reacted defensively to international scrutiny by placing Assam in the ‘protected area’ category, which bans the presence of all foreign journalists in Assam, unless explicitly permitted by the Ministry of External Affairs.

Moreover, the high percentage of Hindus on the list of those excluded has caused concern for the BJP and led local leaders in Assam to distance themselves from the process. This is significant, since implementing the NRC nationally was one of the promises the BJP made in its election manifesto and was repeatedly championed by Amit Shah, the current Minister of Home Affairs.

Another move was the introduction of the Muslim Women (Protection of Rights on Marriage) Bill 2019 (known as the Triple Talaq Bill). This was introduced in the lower house of parliament (Lok Sabha) towards the end of June and passed through both the Lok Sabha and the Rajya Sabha (upper house), despite the government lacking a majority in the upper house.

The legislation had been a manifesto promise of the BJP and it was the first bill of the new government to be tabled in parliament. The bill sought to criminalise the practice of triple talaq (instant divorce) – which had previously been a civil matter – and make it a cognisable offence with up to three years’ imprisonment and a fine. (The previous BJP government had already passed three ordinances in 2018 and 2019 which effectively introduced the measure while awaiting the passage of legislation.)

The BJP’s 2019 election manifesto promise to ban triple talaq referenced the practice in relation to the party’s pledge to ensure gender equality for all women in India – i.e. women from all religious communities – and Prime Minister Modi referred to the passage of the bill as a ‘victory of gender justice’. However, critics of the bill say that the measures which already existed for dealing with triple talaq as a civil matter were sufficient, and in criminalising triple talaq, the legislation essentially sought to criminalise Muslim men and inculcate fear in Muslim communities, in line with the BJP’s Hindu majoritarian ideology.

Other opponents of the bill claim it will make it harder, not easier, for Muslim women to seek justice, and that it does not make provision for women and their families whose husbands are imprisoned under the law. It has also been suggested that by introducing the bill the government is not treating all women equally, because one community has been targeted in particular. The first case under the new law was registered by the police on 1 August.

The Unlawful Activities Prevention (Amendment) Bill 2019 received presidential assent in August. Following its enactment, the government can now define individuals (rather than only organisations) as terrorists. It also allows the government to designate terrorists on the basis simply of being suspected of terrorist activity, rather than proven activity. The act strengthens the investigative powers of the National Investigative Agency vis-à-vis police jurisdiction in Indian states, thus centralising power in India’s federal system.

Critics of the law note that even the previous legislation in this area had been misused by the government to arrest critics of the government and human rights activists, and that this new law raises further concerns about freedom of expression and human rights. A recently elected woman MP, Mahua Moitra, drew international attention with her speech in parliament in late June, criticising the government and the signs of ‘rising fascism’ in India. She stated that the Indian constitution was in danger, that the ruling government was trying to divide Indian society, that hate crimes were rising, and that voices of dissent were being silenced.

The government was elected in May 2019 despite failing to deliver on the economic promises made during its last term. Unemployment levels had risen rather than fallen, rural distress was high and GDP growth was slowing. The first budget of Finance Minister Nirmala Sitharaman included measures to please the corporate investors who had backed Modi’s campaign for re-election: corporate tax taxes were reduced.

What has been lacking, however, is a focus on the development of India’s human capital. Although the National Education Policy published after the election recommended increasing public investment in education (which ‘hit a new low – 2.6 per cent of GDP last year – the lowest in decades’), the budget failed to deliver on this. The budget did focus on infrastructure development – another key demand of industry and foreign investors – but failed to specify where the funding would come from. Although a surcharge on the income of foreign portfolio investors was increased, this surcharge was reversed in August after $3.2 billion (£2.6 billion) was withdrawn from domestic markets.

Modi’s first 100 days have also seen dire warnings issued by industry leaders about the state of the Indian economy. The crisis is not confined to any single sector. Since June, the automobile industry has seen a drop in sales ranging from 30 to 50 per cent for the largest car companies, leading to reports of significant job losses.

The Northern India Textile Mills Association (NITMA) has expressed its concerns over a crisis in the cotton spinning sector, ‘not seen in the last decade’, with mills reducing production and ‘huge’ job losses. And while an unprecedented $24 billion (£19.4 billion) transfer of funds from the Reserve Bank of India (RBI) to the central government provides some hope of government spending to boost the banking sector, there are also concerns regarding the loss of autonomy of the RBI and fears that the money might be used to meet the tax revenue deficit of the government instead of being used to stimulate the economy.

While the recent Lok Sabha session from June to August 2019 was lauded as one of the most ‘productive’ in terms of producing legislation, of major concern is the way draft legislation has bypassed legislative scrutiny. Of the 38 bills introduced by the government in the Lok Sabha during this first session, none were referred to parliamentary standing committees for further scrutiny and discussion (although some bills had been introduced in the previous parliament where they had been scrutinised by committees).

When the government introduced the legislation to abrogate Article 370, the opposition was given just a few hours to review the draft legislation and prepare its response. Twenty-eight bills were passed by both houses before the end of the parliamentary session, and a further seven were passed in the Lok Sabha and are awaiting passage through the Rajya Sabha.

These include the Surrogacy (Regulation) Bill 2019 and the Transgender Persons (Protection of Rights) Bill 2019, which involves setting up a National Council of Transgender Persons. However, the transgender community has voiced opposition towards this bill. This is because according to international practice and a ruling by the US Supreme Court, legal and medical recognition of transgender identity should be kept separate. In other words, self-identification of transgender identity should not require sex reassignment or medical screening.

Modi’s first 100 days have been eventful. Before the elections in April and May, there were concerns that if economic development was difficult to secure then an increase in communal rhetoric was likely. However, these first 100 days have demonstrated that the government is determined to move forward on its communal agenda regardless of the country’s economic prospects, even though the growth in GDP continues to slip.

Carole Spary is an Associate Professor in the School of Politics and International Relations and Deputy Director of the University of Nottingham Asia Research Institute.

Supplemental education service organisations: The visible hand
Chinese HE students in the UK: social media, connections and sense of belonging