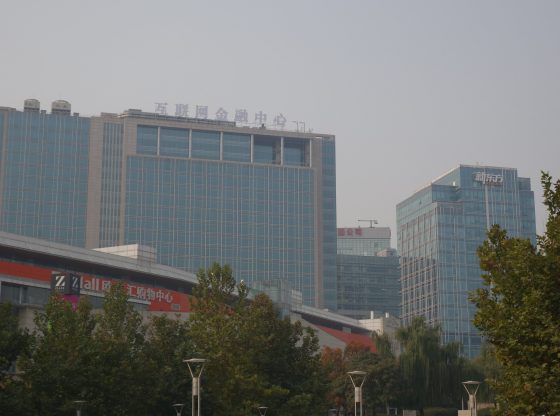 From 2000 to 2009, I was a student, teacher and manager at one of the largest Chinese supplemental education service (SES) organizations. SES organizations provide a wide variety of non-degree-oriented educational services, such as test-preparation, language training and after-school tutoring. The SES organization I worked at specialized in helping students prepare for overseas-studies-oriented standardized tests, such as TOEFL, GRE, IELTS and SAT. In this organization, I witnessed firsthand how SES organizations recruited students, coached these students to crack tests and motivated them to go beyond test preparation.

In a forthcoming article in Higher Education, I use interview and archival data to systematically rethink the role of SES organizations in international student mobility. I propose that Chinese SES organizations function as a “visible hand”, pushing the overseas study wave ever higher and moulding China into the largest source of international students. Most existing studies on international student mobility focus on the push-pull factors at the nation-state level and the decision-making processes of students. These studies assume that students’ motivation for studying abroad are intrinsic and spontaneous, rather than a social construct that can be aroused and shaped by external forces, such as organizations.

My paper adds an organizational explanation to the growth of Chinese overseas students and the increased international student mobility in general. My focus is on the organizational framing that provides meaning to the study-abroad and test-preparation processes. Framing, according to Erving Goffman, relates to “schemata of interpretation” that enable individuals to perceive, identify and label, rendering events and occurrence meaningful. I argue that SES organizations not only coach students on test-preparation and provide information regarding “how to study abroad”, but they also adopt organizational framing to instil in students a sense of  “why study abroad”.

The thematic finding in my Higher Education article is that leading SES organizations have played an integral role in promoting certain organizational framing to be the dominant strategy in a given era. During the 1980s and 1990s when the TOEFL/GRE niche market was just taking off, a Beijing-based SES organization called Supernova (pseudonym) rose to be a national market leader by promoting a self-help and nationalist discourse as the dominant framing for this niche area. The self-help discourse frames studying abroad and test preparation as going beyond one’s limit. Such a discourse considers studying abroad not as a means to achieve other goals, but rather as an end in itself. For example, Supernova teachers spent a substantial proportion of class time discussing how a college student’s life would be incomplete if he/she did not go through the hardship of preparing for TOEFL/GRE.

The nationalist discourse, meanwhile, depicts overseas study as a detour to build a stronger China after learning from the West. Supernova claimed that it was ‘the bridge for Chinese students to study abroad and the rainbow connecting them back to China.’ Some Supernova teachers linked the situation of having to prepare for boring tests with the need for a cultural renaissance in China. Some others went further to call upon students to come back to China sooner. By framing overseas studies in this way, Supernova teachers earned the reputation of being patriots. It also meant they could reduce various political risks, such as being criticized for inducing a brain drain.

After 2000, however, new organizational framing picked up momentum as new niche markets of IELTS and SAT flourished. The rise of these new niches went hand in hand with the popularity of British Commonwealth countries as host countries, as well as the growth in the number of self-financed young Chinese students.

Targeting urban middle- and upper-middle-class consumers, market leaders in these new niche markets increasingly framed studying abroad as a springboard for immigration, a fast track for joining the global elite, and an opportunity for improving the status of the entire family. For example, my paper documents how SES organizations framed Canadian two-year colleges not as mills of associate degrees, but rather shortcuts to permanent residence in Canada and employment in local communities.

In addition to outlining these framing strategies, I elucidate how they turned undecided students into avid fans for overseas study. I found a large number of students, especially students in Supernova’s TOEFL/GRE classes in the 1990s and early 2000s, had not thought through their plans to study abroad or even decided about it when they started attending Supernova. These students were attracted to Supernova because all their friends were talking about how inspiring, entertaining and passionate the teachers were.

However, what these students did not know, was that Supernova teachers were pressured by the evaluation system to manufacture motivational stories and nationalist banter to compete with each other. Attending Supernova became a national fad among Chinese college students in the late 1990s and early 2000s, and after being systematically exposed to the abovementioned framing strategies in Supernova classes, many previously undecided students found new meaning in the idea of studying overseas and became much more determined to do so.

The role of SES organizations in increasing the popularity of overseas study raises concerns about the fairness and inequality in the application and admission process. Indeed, initially, involving SES organizations did help to level the playing field because many students attending these classes did not have access to alumni networks to gain information. SES classes also became the venue where Chinese students could overcome the language, information and cultural barriers associated with accessing foreign higher education systems. However, sharp rises in the cost of tuition of SES classes now increasingly favours students from better-off families. In some extreme cases, test-preparation classes and the related consulting and brokering services are even related to cheating and scams.

My findings also suggest that making decisions to study abroad is not a linear or rational process in which people weigh up the pros and cons and develop a plan in advance. Rather, potential overseas students use SES organizations and other occasions to experiment with the idea of studying abroad before making their decision.

Dr Le Lin is an Assistant Professor in the Department of Sociology of the College of Social Sciences at the University of Hawaii, Manoa. His research interests include economic and organisational sociology, professions and education, focusing especially on how these topics unfold in contemporary Chinese society.