Chinese HE students in the UK: social media, connections and sense of belonging

Home /China, China-UK, Culture and Society, Education/Chinese HE students in the UK: social media, connections and sense of belonging 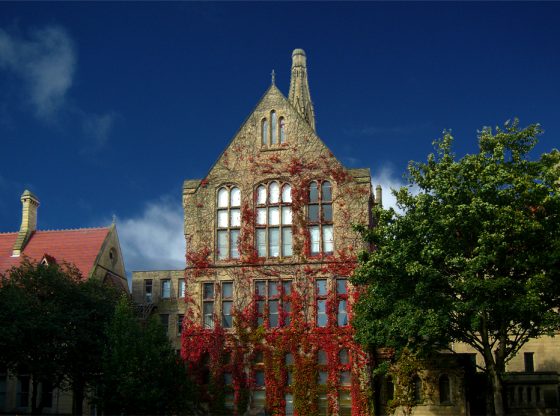 The UK has a global reputation for higher education (HE) with 18 universities in the QS world ranking’s top 100. Consequently, students are attracted to these institutions from across the world. UK universities and their international students and visitors supported over 940,000 jobs and bring in £20 billion to the UK economy. In the HE market, China is the UK’s biggest source of foreign students and is the only country showing a significant increase in student numbers. Many UK universities have invested resources in order to better communicate and engage with these students. Since popular western social media platforms are not accessible in mainland China due to censorship policies, many UK universities have created social media accounts on Chinese social media platforms such as Weibo and WeChat. Weibo is a microblogging site which started in 2009. In August 2012, I examined 163 UK universities’ presence on Weibo and found that 58% (94/163) of them had an account on the platform. Some of these accounts seemed to have been created by the universities’ China office or their Chinese agents. Universities were also able to get the accounts verified on Weibo in order to improve the trustworthiness of the source to attract potential students, alumni and other followers. WeChat was first released in 2011 and in recent years it has become the dominant social networking application for Chinese netizens to chat with friends, share photos, follow official accounts to receive news and information, pay for shopping and so on. As of January 2018, just over half (82/163) of UK universities had a public account on WeChat, whilst 73% (119/163) of them had a Weibo account. Meanwhile, all of the 163 universities had a Facebook public account in 2018 and 162 of them had a Twitter account.

For those Chinese HE students who are already studying in the UK, do they embrace the freedom of using western social media, or do they prefer using Chinese social media? Chinese students are not only consumers of higher education who contribute to the UK economy but they also contribute to cultural exchange and the diversity of British society. Do Chinese students make friends with British people or remain in their own small social circles? Do Chinese students feel a sense of belonging to their institutions? We interviewed 26 students from mainland China studying at 5 UK universities to explore their experiences related to their social media use, social connections and feelings towards their universities.

Chinese students are all heavy social media users and many of them have adopted western platforms, such as Twitter, Facebook, YouTube and Instagram, after they came abroad. Some indicated that the use of western social media platforms was useful in gaining new information and could potentially contribute to cultural open-mindedness. Some followed their lecturers on Twitter and LinkedIn. However, many of them indicated that they had accounts on Twitter and Facebook, but rarely engage with those platforms. By contrast, WeChat is the preferred social networking platform for Chinese students who study abroad. All Chinese students use WeChat to frequently communicate with family and friends back home. One said, ‘Except for the sleeping time, I will use one-third of my time after I wake up using WeChat.’ Others indicated that they searched for universities that they were interested in on Weibo, WeChat and QQ before they went abroad. One student said that she attended her university’s pre-departure open day event in China and joined a WeChat group specially set up for the new cohort of Chinese students. Based on my own experience managing my school’s Weibo account, we have many prospective students sending messages asking to join a Weibo or WeChat group in the hope of exchanging information and making new friends.

It is obviously very important for students to make new friends when they study abroad. Previous studies found that international students often face language barriers and cultural differences and thus prefer to stay in familiar cultural and language environments. This seemed to be true for Chinese students in the UK. Most Chinese students have strong-tie friendships with their Chinese classmates or Chinese students that they met at pre-sessional language courses or student societies. Some students indicated that they found it difficult to make connections with those from other cultural backgrounds. For example, they might have a few weak-tie connections with their non-Chinese classmates, but they found it hard to have a meaningful conversation with them. One student explained that cultural differences hindered her friendship: ‘Because of different culture… I was close to someone from a different cultural background for a while, but it was easy to have misunderstandings and it was easy to fall out.’ Others said that their British peers liked to socialise by drinking and clubbing while they were not interested in those activities.

In this study, undergraduates seemed to have more diverse friendship groups compared to postgraduates. It could be because they came to the UK at a younger age and had spent a number of years living here and thus got more used to British culture and feel comfortable and confident in making friends with the locals. One UG student said: ‘I go to a barbeque and I go clubbing with the British, then we are good friends.’ Nevertheless, the studying abroad experience makes Chinese students obtain weak-tie friendships to some extent, although some do obtain strong-tie friendships with those from other cultures. A small number of participants reported having obtained weak-tie friendships with non-Chinese through volunteer activities being published on university social media accounts or via Instagram or WeChat groups.

Sense of belongings to host institutions

Some UK universities have created accounts specifically for Chinese alumni on Weibo and WeChat. For example, the University of Manchester has alumni societies in Beijing and Shanghai that often organise dinner parties and post pictures on WeChat. I have also received messages from previous students that they have missed the university when they saw WeChat articles about the city, lecturers who taught them, events on campus and so on. A previous study found that students who follow a university’s social media accounts reported a higher sense of belonging with their university. My own effort of managing my school’s social media accounts will hopefully improve students’ experience and build a bridge between educators and students.

Dr Yimei Zhu is a lecturer and Social Media Strategic Lead at School of Media, Communication and Sociology, University of Leicester. Yimei received a full-scholarship for her PhD in Sociology at the University of Manchester. Yimei has a wide research interest in studying new media from a sociological perspective. She can be reached at yz411@le.ac.ukand has a blog here.

Indian Elections 2019: Modi’s first 100 days
Patronage, performance and projection in the Indian elections: What accounts for the denationalisation of party competition in the 1990s? Part I