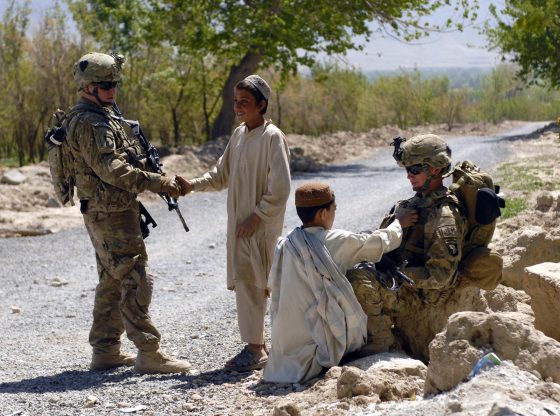 Nearly two decades after the US invasion of Afghanistan and with over 93,000 civilian casualties, progress in the Afghan peace process has been frustratingly slow and inconsequential, to say the least. However, the last couple of years – and particularly the last few months – have seen hopes for a sustainable peaceful resolution in Afghanistan reignited, as significant ground has been gained towards achieving this goal.

After the first six rounds of the Doha Talks failed to make any concrete progress towards achieving a sustainable peace in Afghanistan, rounds seven and eight in June and August 2019, respectively, took place amidst a sense of urgency and hope. One US representative called the seventh round a ‘make or break’ moment for the peace process, while Taliban officials termed it a ‘critical’ round.

Even though the latest rounds of the Doha Talks have gained a lot of ground in terms of key issues regarding the peace process, it will all be for naught if the Taliban and Kabul are unable to engage directly with each other

It appears that this optimism was not misplaced, as the US special representative to Afghanistan, Zalmay Khalilzad, hailed the seventh round as achieving ‘a lot of progress’ on critical issues such as troop withdrawal. And although final details have yet to be disclosed, Khalilzad described the eighth round as being the ‘most productive’ round of the talks.

This progress does not come completely out of the blue, as it has slowly been manifesting over the last few months. During the seventh round in June, the Taliban’s chief negotiator, Abbas Stanekzai, echoed the same positive sentiment and stated that negotiations between the two sides had largely ended and a draft agreement was being worked on. Once finalised, it would be shared with the media, Stanekzai stated.

Previously, the peace efforts have always faltered over the key stumbling blocks of troop withdrawal and counter-terrorism assurances. However, these statements indicate that this time the Taliban and the US have found a way around these stumbling blocks and are now finalising the structure of their agreement. Although it still remains to be seen what the final draft will look like, it appears that unprecedented progress was made during the seventh round of the Doha Talks.

Another major stumbling block that continues to haunt the peace process is the question of direct talks between Kabul and the Taliban. This too has seen some major progress in the last few months. Until now, the Taliban’s refusal to engage with Kabul has always posed a major problem, since both the government in Kabul and the Taliban will potentially be the ones governing Afghanistan after the US leaves. They will therefore need to cooperate.

The Intra-Afghan Doha Conference, which grew out of round seven of the Doha Talks, took place between 7 and 8 July 2019 and was aimed at addressing that very question. Despite a wave of terror attacks carried out by the Taliban in Kabul during round seven – including a horrific attack on 1 July which injured over 100 people – the Intra-Afghan Doha Conference still went ahead on 7 July.

The conference was attended by a 60-member delegation from Kabul consisting of members of Ashraf Ghani’s government and different political factions, as well as a 17-member delegation from the Taliban side. Despite the fact that the Kabul officials only attended in a personal capacity rather than an official one, and that the conference was simply a prerequisite to actual peace negotiations, this conference was the first time that officials from the Kabul government and the Taliban had actually engaged with each other in a formal setting.

Perhaps to everyone’s surprise, the outcome of this exchange was surprisingly optimistic. Not only did all parties recognise the pain and suffering on both sides, but the Taliban also announced a reduction in violence by vowing to cease attacks on ‘religious centres, schools, hospitals, educational centres, bazaars, water dams and workplaces’.

This promise is a significant development, because not only is there a growing sense of frustration among Afghanis regarding the prospects for dialogue, but there is also mounting political pressure on President Ghani from the opposition ahead of the presidential elections in September. The Taliban’s promise could help release some of the pressure cause by these tensions, giving the peace process more room to breathe.

Although the mounting political pressure regarding security in Kabul together with the volatile nature of the Taliban continue to present a fatal combination as regards the future of direct talks between Kabul and the Taliban, the Doha Conference has rekindled hopes regarding the future of the peace process. Perhaps the most striking development is the fact that the Taliban appear to feel the same way, since after the conclusion of eight rounds of talks, Taliban spokesman Suhail Shaheen tweeted that negotiators were now reaching out to their respective leaders to consult on what had been discussed at the meeting.

At this point it is imperative for Kabul not only to push for another meeting with the Taliban – one that is actually focused around specific negotiations – but to do so in an official capacity. Such a meeting, if it occurs, would be the first time the Taliban openly engaged with Kabul in an official capacity and would represent a momentous step in furthering the peace process. Even though the latest rounds of the Doha Talks have gained a lot of ground in terms of key issues regarding the peace process, it will all be for naught if the Taliban and Kabul are unable to engage directly with each other.

Amina Khan­­ is a Senior Research Fellow (Afghanistan and FATA) at the Institute of Strategic Studies Islamabad (ISSI), Pakistan.

Patronage, performance and projection in the Indian elections: The puzzle of the BJP’s rise – is it sustainable? Part II
Union Territory status for Ladakh: Understanding the politics