The Kashmir dispute and complex interdependence 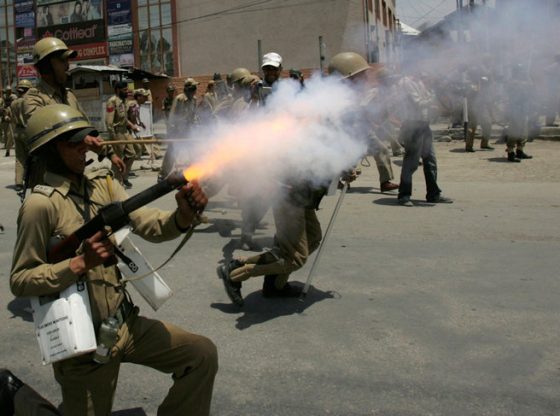 The contemporary globalised world order reflects the mode of complex interdependence. The theory of complex interdependence was first put forward by Robert Keohane and Joseph Nye in the late 1970s. Contrary to structural realists, who focused on traditional military power and national security, Keohane and Nye asserted the significance of international institutions, welfare and trade in the foreign policy of a state. They argued that the world has become more interdependent in a number of areas, particularly in the field of economics.

The current changing world order exemplifies the theory of complex interdependence. In South Asia, this interdependence can be seen in the way the world reaches out to two rival countries. The world’s leading economies – namely, the United States and China – have different positions vis-à-vis Pakistan and India. This variance, I argue, is because of the varying nature of their respective relationships with Pakistan and India.

It came to the fore recently after the Indian government revoked Articles 370 and 35A of the Indian constitution that gave special status to Indian-occupied Kashmir (IOK). Following India’s action on 5 August 2019, Pakistan conveyed its concerns to international players, in particular the US and China.

In response, the United States made it clear that Pakistan and India should handle the Kashmir issue on their own, although mediation was also offered if required. China, on the other hand, expressed serious concerns over the perilous situation in Kashmir, saying it would ‘continue to support Pakistan’, and it placed the issue for discussion on the agenda of the United Nations Security Council (UNSC).

I argue that both sides took a different position on the issue of Kashmir due to the nature of their bilateral relations with India and Pakistan. Although Pakistan does not have a symmetrical interdependent relationship with either the US or China, China supported Pakistan because of its own strategic interests in the China-Pakistan Economic Corridor (CPEC), which is a flagship project of China’s Belt and Road Initiative (BRI) passing through Azad Kashmir.

Meanwhile, among the Gulf countries, the United Arab Emirates (UAE) granted Narendra Modi, India’s Prime Minister, its highest civilian award. Doing this in the middle of the disturbing situation in Kashmir echoes the theory of complex interdependence, which underlines how trade and welfare influence a state’s foreign policy. As Pakistan’s Foreign Minister Shah Mehmood Qureshi put it: ‘India and the UAE have a history of relations in connection with investment’.

Nevertheless, at Pakistan’s request, the UNSC held an informal closed-door consultation to discuss India’s recent moves on IOK. Pakistan termed the UNSC’s informal meeting on Kashmir a diplomatic success and a step towards resolving the decades-long Kashmir dispute.

Adhering to its foreign policy principles, Pakistan is bound to help Kashmir’s by all means. These goals were first set out by Quaid-e-Azam Muhammad Ali Jinnah, the Founder of Pakistan and its first Governor General, as follows:

Our foreign policy is one of friendliness and goodwill towards all the nations of the world. We do not cherish aggressive designs against any country or nation. We believe in the principle of honesty and fair play in national and international dealings and are prepared to make our utmost contribution to the promotion of peace and prosperity among the nations of the world. Pakistan will never be found lacking in extending its material and moral support to the oppressed and suppressed peoples of the world, and in upholding the principles of the United Nations Charter.

However, the fact of the matter is that the 70-year-old dispute will not be solved overnight and the government of Pakistan needs to use every available option towards resolving the situation in Kashmir. Pakistan has been supporting the Doha talks between the US and the Taliban on peace in Afghanistan, and it should use this as a bargaining chip to pressure the US to influence India to withdraw its forces and suspend the human rights violations in IOK. In addition, Pakistan must give consideration to the possible arguments India may make regarding jurisdiction of the territory.

The fundamental task for Pakistan is to establish an evidential base to prove state-sponsored genocide in IOK. It is neither simple nor easy to prove genocide at the hands of a state, and in all the time since the establishment of the International Court of Justice (ICJ) in 1948, not one case of genocide at the hands of a state has been proved. Thus, it will be extremely difficult for Pakistan to establish any evidence against the Indian government.

Meanwhile, India’s Prime Minister has been playing with the Kashmir issue. To US President Donald Trump Modi claimed that it was a bilateral issue, but with Pakistan he calls it their internal issue. Domestically in Pakistan, the picture of Indian atrocities in Kashmir is clear for all to see, but the international community does not view the situation in a similar way. So what policy options does Pakistan have?

Notwithstanding how vocal Pakistan is about the Indian clampdown in IOK, this international dispute entails an international response. According to Chapter VII, Article 39 of the UN Charter, the UN is authorised to determine the existence of any threat to peace and to adopt appropriate measures to restore international peace and security. Given that the issue of Kashmir is an international dispute, it is a prime responsibility of the UN to respond to India’s breach of the international resolution on Kashmir. Not least, the UN should immediately halt the move by India of unilaterally changing the status of IOK into two Union Territories (UTs) in the form of Jammu & Kashmir and Ladakh.

Anam Fatima is a researcher at the Pakistan Institute for Peace Studies, Islamabad, Pakistan.

Union Territory status for Ladakh: Understanding the politics
Indigenous media in transformation: Languages and other factors in Taiwan