Indigenous media in transformation: Languages and other factors in Taiwan 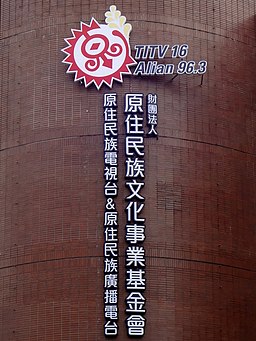 What can indigenous media do in Taiwan? At its best it can strengthen indigenous identities by showcasing tribal heritage, helping to maintain local languages and providing a public sphere for debate about indigenous issues. Indigenous media can also convey significant meaning as an indicator of cultural and societal change.

When indigenous society encounters change, media is an important means to engage with social movements, cultural changes and the maintenance of endangered languages. From a cultural policy perspective, indigenous media records and preserves traditions, enhances and facilitates cultural forms such as music and crafts, and can also build connections to the wider world. Quality media productions can positively represent indigenous people and raise cultural visibility.

Taiwan Indigenous Television (TITV) is the most representative organisation of indigenous media in Taiwan and is governed by the Indigenous Peoples Cultural Foundation. TITV’s mission is to “develop themes dedicated to indigenous peoples and guarantee their right to have access to broadcast and other forms of media”. TITV offers programs in Chinese and indigenous languages and includes news programs designed to build dynamic connections to a wider world by showing major events in global indigenous communities. In 2017 under authority of the Indigenous Peoples Cultural Foundation, Alian 96.3 joined TITV to provide greater variety for audiences and to explore indigenous issues.

Initially TITV was criticised for not providing enough programming in indigenous languages, before it trained more workers and produced more appropriate programs. Many viewers may be put off by having to read subtitles to understand the news due to a seemingly politically correct way of sustaining languages and identities. There are many people who cannot understand Taiwan’s indigenous languages and many youths whom cannot speak their native language. Language usage remains a highly debated issue for TITV.

With so many indigenous languages, TITV has difficulty covering them all. Which indigenous language is most representative of indigenous peoples and which should be most often used for broadcast? Indigenous Television News tries to use varying  languages, present journalists from varying ethnic groups, and broadcast news for ethnic groups through linguistic and cultural translation at varying days and times. Although some audiences do enjoy programs in their native language, many viewers tune out due to its unfamiliarity.

For example, due to gender taboos, many ethnic group anchors feel it impolite to say ‘breast’ in public. This taboo can be problematic when anchors need to discuss breast cancer prevention. One possible solution is for anchors to use ‘fig’ as a traditional word for replacing breasts, but younger audiences may not understand such nuance. This difficulty highlights the cultural translation problems still facing indigenous media.

Indigenous media can also assist marketing of tribal goods like agricultural products, arts and crafts, and other unique products made with cultural knowledge, local historical memories and tribal lore. Media has become key to raising awareness of indigenous cultures and products at national and international levels. Media can also introduce local artists, writers, musicians, dancers and other traditional specialists to a wider audience and thereby enhance the cultural value of local and traditional knowledge.

TITV has taken several steps to improve its position as representative of Taiwan’s indigenous media. First, younger workers were trained in indigenous languages and cultural translations. Second, new words were developed to adapt to modern concepts. Third, new technology will be exploited. For example, artificial intelligence can be used to learn indigenous languages and apps can be developed to provide translation.

As Alia and Bull pointed out, the internet has heralded a new era in communications and also created opportunities for ethnic minorities to communicate their world views, cultural products and commerce to a global audience. In particular, social media is widely used by young indigenous people to debate social issues and get involved with different social movements.

Social media and mobility will affect tribes in different ways for health issues and emergency response. In remote areas, social media is sometimes the only way to call for help when disaster strikes. Modern media must be intertwined with daily life to provide assistance in emergencies.

Indigenous media in Taiwan faces developmental difficulties but can, despite the large number of languages and relatively small audience, reveal rich and unique cultures. It is important to examine the transformation of indigenous media and its attempts to meet the needs of its audiences.

Chia Sui Crystal Sun is a Professor in the Department of Indigenous Languages and Communication, National Dong Hwa University. Her research focuses on communication and culture, journalism and representation globalisation, cultural creative industry and cultural policy.

This article was first published in Taiwan Insight

The Kashmir dispute and complex interdependence
What can a tourism bureau learn from a student protest movement?