What can a tourism bureau learn from a student protest movement? 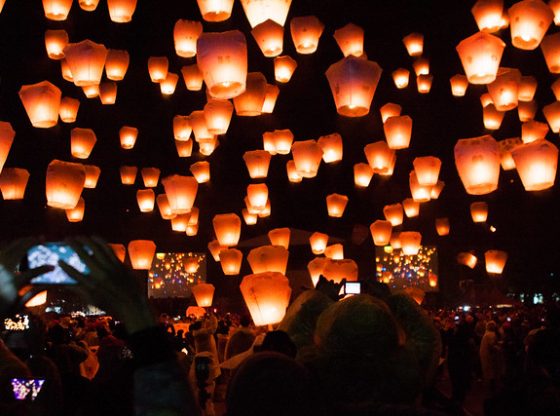 Having travelled to Taiwan numerous times, I had long been stumped as to why the country did not appear to be a popular tourist destination. Taiwan certainly possesses many of the attractions and attributions my peers value in a holiday: gorgeous nature from seaside to mountaintop, convenient public transport, excellent food, and all at a great price (for one coming from the Western hemisphere).

Taiwanese governments appear to have realised this as well: tourism has been designated a major policy priority and was identified as one of six key emerging industries in 2009. Taiwan’s visitor arrivals from 2009-2018 have steadily increased, but the numbers pale in comparison with other Northeast Asian countries such as South Korea and Japan. In 2017, Taiwan registered 10.7 million visitors compared to South Korea’s 13.3 million and Japan’s 28.6 million visitors.

The mediums and nature of messaging are changing as the emphasis shifts towards engagement. Governments must adapt their messaging tactics accordingly and this is especially true of those in a weak diplomatic position, like Taiwan, which relies heavily on its international reputation.

As examples of messaging and engagement in Taiwan, I examined two superficially very different campaigns and asked: what do the Sunflower Movement and the Heart of Asia tourism campaign have in common? Whilst their end goals differed, the former seeking political concessions from the government and the latter an increase in incoming tourists, in both cases a primary goal was also to attract international attention. The Sunflower Movement sought international attention and support as a means of pressuring the government, whilst the “Heart of Asia” campaign sought to attract international tourists by strengthening Taiwan’s brand image. I argue that the Taiwan Tourism Bureau can learn from the Sunflower Movement, both from the activists and its own response.

Taiwan’s tourism efforts ought to be considered as a form of public diplomacy. Good diplomacy would increase tourist numbers and improve the country’s international reputation by providing a guiding structure to its tourism campaigns. The Heart of Asia campaign mounted in 2011 and to a lesser extent the Sunflower Movement were both missed opportunities for Taiwan’s public diplomacy practitioners to increase Taiwan’s profile on the international stage. Upon this stage Taiwan lacks ‘hard power’ (coercion), so it relies on ‘soft power’ (attractiveness and persuasion). These two examples reinforce Rawnsley’s argument of Taiwan being “soft power rich, but public diplomacy poor”. Democratic Taiwan is attractive; but public diplomacy has changed and it must better persuade foreign publics by engaging with them rather than speaking at them.

The skills and knowledge as to how to effectively message to an international audience do exist within Taiwan as illustrated by the Sunflower Movement, but the government has not taken advantage of them and has not learnt from its interactions with activists.

The analysis of the “Heart of Asia” YouTube videos illustrates the Tourism Bureau’s lack of branding strategy, and even understanding of social media.

The “Taiwan – The Heart of Asia” and “Time for Taiwan” core promotional slogans were launched in 2011 to “boost the island on the road to becoming the ‘The Heart of Asian Tourism’. The “Heart of Asia” branding is baffling given the geographic position of Taiwan, and the overall goal of the branding campaign is also vague. Of course, more incoming tourists is always the end goal of a tourism campaign. However, a campaign also ought to shape a destination image and send a clear message to a target audience. YouTube is studied as an example platform, but the failings are evident across other platforms.

Consistency is also an issue as illustrated in the wider social media presence of the Taiwan Tourism Bureau. No centralised, coherent social media strategy exists. Rather, the regional Tourism Bureau branches are in charge of social media presence themselves. Do such different tourism images speak to North Americans and Australians/New Zealanders as to warrant two different Instagram accounts? A general centralised account would boost subscriber numbers, improve search engine optimisation (SEO) and presumably even cut down on marketing expenses. Blogger Kathy Cheng has criticized the multitude of government run social media with its various states of neglect across platforms such as YouTube, Instagram and Twitter. Still, the issue has persisted as of 2019 as evident by the deletion of the Twitter account @taiwantourism which represented TTB North America.

On the other hand, the Sunflower Movement’s social media activities are remarkable, with the YouTube videos being highlighted as a prime example of good outreach using social media. Indeed, the Sunflower Movement was successful in two aspects of its outreach: in rallying domestic support by bringing out protesters and publicising the movement internationally. The student movement used crowdsourcing to create a large information network for news releases for Taiwanese and foreign media sources through social media platforms such as PTT and Facebook. The series of “Occupy Legislature” videos can be compared to the Heart of Asia campaign in that both are trying to sell a message and product, that is Taiwan’s democracy and Taiwan as a tourism destination respectively. I argued that the Sunflower Movement videos are more convincing as they conveyed a coherent story in a brief clip. Furthermore, the “official” Sunflower Movement Facebook page shared news in fourteen languages, including English, Chinese, Japanese, Arabic and Polish. The page won over 50,000 “likes” in its first several days and “was quickly linked to an English-language Sunflower Movement Twitter account and a parallel Japanese-language stream”.

The contrast between the social media efforts of the Sunflower Movement and the “Heart of Asia” campaign is stark, particularly when considering budgets. It was noted in 2018 that the Tourism Bureau annually budgets about NT$1 billion for overseas campaigns. The 2010 budget for Project Vanguard was NT$7.76 billion (US$237.4 million).

I contrasted these messaging and international outreach methods to demonstrate how grass-root strategies conveyed international messages more effectively than government campaigns due to a better understanding of social media, their flexibility and responsiveness. I argue that the government ought to learn from the Sunflower Movement in order to (a) respond to the public more efficiently in the future; (b) convey a coherent and attractive message and (c) to apply these skills to other areas such as tourism marketing and public diplomacy. I furthermore suggest that the pro-democracy message of the Sunflower Movement, along with the international attention generated, could have been used by the government to market Taiwan to democratic publics, thus increasing tourist numbers and boosting its soft power. However, this opportunity was missed.

A better social media strategy is needed to improve engagement with domestic and international publics. Much as the student protesters of the Sunflower Movement demanded, the government should switch from one-way communication to two-way engagement – i.e. to both speak and listen to the public. For example, this could involve working with travel ‘influencers’ on social media in Taiwan and abroad; or even simply replying to comments on their YouTube channels. But most importantly, a coherent and coordinated tourism strategy must be put into place.

In light of the recent pressure China is exerting on Taiwan through tourism, I hope the Tourism Bureau will properly utilise its resources to improve its campaigns both to support the tourism economy as well as Taiwan’s international reputation.

This article was first published in Taiwan Insight

Indigenous media in transformation: Languages and other factors in Taiwan
Hong Kong’s long summer of discontent: A self-inflicted calamity