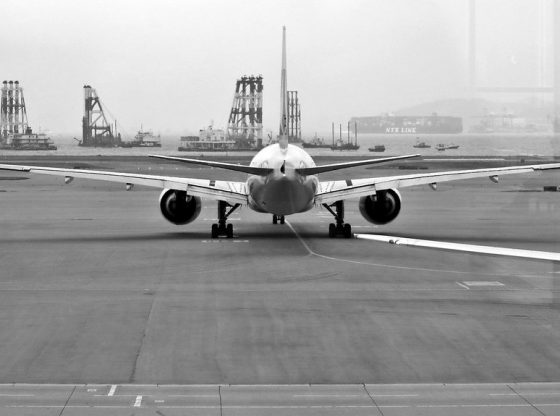 There is a large body of literature on China’s economic statecraft which shows how the government in Beijing uses its economic clout to achieve its diplomatic goals. Most of this discussion centres on China’s influence over the governance and foreign policy of developing countries through the levers of foreign direct investment (FDI) and trade (especially in the infrastructure, energy and arms sectors), as well as concessional loans and aid.

However, it has also been observed that Beijing is both willing and able to use its economic influence on Western multinational corporations (MNCs) to encourage them to amend their stance on human rights issues in China. Beijing’s pressure on the business sector in Hong Kong during the recent extradition bill crisis demonstrates how the Chinese government is able to influence multinational corporations’ internal decision-making, even though they have not infringed any of China’s laws.

As Beijing stiffened its control of the crisis in Hong Kong, multinational corporations were compelled to choose between respect for human rights and company profits

Operating under the rule of law is fundamental to creating a successful business environment, and a great many international firms have chosen to base their regional headquarters in Hong Kong rather than China because they believed that their interests would be better protected under the city’s independent legal system. This is because under the ‘One Country, Two Systems’ principle, Hong Kong is permitted to maintain the legal system it inherited from British colonial rule until 2047.

However, in February 2019, the government of the Hong Kong Special Administrative Region (SAR) proposed to amend the Fugitive Offenders Ordinance with a piece of legislation widely known as the extradition bill. If the law was passed, it would allow the authorities in Beijing to demand that the Hong Kong government extradite any suspects – whether citizens, visitors or short-term residents – to mainland China to face trial.

Hongkongers have a profound fear that the legal firewall between Hong Kong and China could break down. Many people believe that in mainland China charges are fabricated against political dissidents and business rivals, and that the legal system answers to the Chinese Communist Party (CCP). This view is shared by local and international companies in the business sector as well, who consequently share Hongkongers’ concerns. It is for this reason that several MNCs were tolerant of members of staff participating in street protests during the early phases of the movement against the extradition law.

In order to prevent the controversial bill being passed, netizens called for a general strike on 12 June 2019. Several international banks, including HSBC and Standard Chartered, as well as the ‘Big Four’ accounting firms and other MNCs, joined hundreds of local firms in allowing staff to adopt ‘flexible working arrangements’ on the day, including permission to work from home.

The Hong Kong government’s inaction and reports of police brutality led to an escalation in social discontent and another general strike was held on 5 August 2019. Widespread mobilisation in the aviation sector caused the cancellation of more than 200 flights, over half of which were with Hong Kong-based Cathay Pacific. Notwithstanding the mass disruption to business, Cathay’s then chairman, John Slosar, maintained that the company needed to respect the views of its staff.

As Beijing stiffened its control of the crisis in Hong Kong, however, MNCs were compelled to choose between respect for human rights and company profits. On 7 August 2019, the Head of China’s Hong Kong and Macao Affairs Office, Zhang Xiaoming, called a meeting in Shenzhen to signal Beijing’s resolve to halt the chaos in the city.

Two days later, China’s Civil Aviation Administration (CAA) issued a major aviation safety risk warning to Cathay Pacific. The CAA banned any crew members who had participated in or supported the protests in Hong Kong (which were deemed illegal) from flying to China or using Chinese airspace, and it also ordered the airline to supply information about all crew members.

Faced with such pressure from Beijing, three members of Cathay Pacific’s top management team resigned, including John Slosar and Chief Executive Officer Rupert Hogg. Within a month, twelve members of staff had been dismissed or forced to resign from the company.

One of these – the Cathay Dragon union leader, Rebecca Sy – was dismissed because of an opinion she expressed on her personal Facebook account, which was not even directly related to the extradition law. This sends a very worrying signal to Hong Kong workers that their private lives and opinions can be monitored by their employers: that they could lose their job because of political engagement unrelated to their work.

The Mass Transit Railway (MTR) is another Hong Kong-listed company that was targeted by Beijing. The company, whose biggest shareholder is the Hong Kong government, did not take sides during the protests and operated as usual. However, in mid-August China’s state media organs – the People’s Daily and the Xinhua news agency – questioned MTR’s alleged complicity in the protests. The next day, having carried out a ‘risk assessment’, MTR took preventive measures and suspended services in four of the stations along the route of the demonstration, even though it had been authorised by the police.

Since then, MTR has become more cooperative with the police, who no longer simply disperse protesters from the streets but now come into the train stations to make arrests. There have been reports of commuters who have nothing to do with the protests being beaten up indiscriminately.

Other enterprises that previously expressed concerns over the controversial bill, from international banks to local conglomerates, also seem to be supporting the Hong Kong police force’s efforts to restore law and order in Hong Kong, and they have condemned the violence of the protesters. All of these cases display a consistent pattern in the shift of companies’ toleration for the movement against the extradition bill after Beijing intervened in the situation.

Prior to the recent events in Hong Kong, several MNCs have already been forced to choose between prioritising human rights and building a market in China: Yahoo disclosed the identity of Chinese journalist Shi Tao and helped the authorities to prosecute him for leaking details of state media restrictions to a Western informant in 2005; Carrefour was compelled to issue a statement denouncing calls for Tibetan independence in the run-up to the Beijing Olympics in 2008; Mercedes-Benz apologised for quoting the Tibetan religious leader, the Dalai Lama, about openness in 2018; several Western companies including airlines, clothing companies and hotels have apologised to China for listing Taiwan as a country on their websites; there have been cases of self-censorship by international academic publishers; and the removal of apps by technology giants operating in China to comply with China’s security laws.

By contrast, Twitter has removed or suspended 200,000 accounts which the company believed had been part of a ‘coordinated state-backed operation’ to undermine the legitimacy of the protests in Hong Kong. Facebook has also taken measures to remove multiple accounts that are ‘associated with the Chinese government’. Admittedly, these social media companies do not have any business interests in China since they have already been blocked by the authorities. Nonetheless, their decision could jeopardise any prospects for them to enter the Chinese market in the future.

While it is true that foreign direct investment and trade between countries fosters international economic interdependence, the power relations between the respective parties may not be symmetric. The above examples clearly illustrate that the more Western MNCs need the Chinese market, the less bargaining power they have in terms of upholding their companies’ own operating values.

The government in Beijing aspires to set a new international norm through its economic leverage and does not seem to be concerned about the incompatibility between this and upholding existing human rights norms. This is not the first time that Beijing has exerted pressure on MNCs in Hong Kong in order to keep control, and nor will it be the last.

Debby Sze Wan Chan is a Postdoctoral Fellow in the Department of Sociology at the University of Hong Kong. Her research interests include social movements, bilateral economic cooperation and public diplomacy. Her latest publication is China’s Diplomatic Strategies in Response to Economic Disputes in Myanmar.

Trouble in the Blue Camp
The Long Read: The moment of reckoning for Kashmir