Beyond the protests: The social identity formation of Hong Kong’s citizens 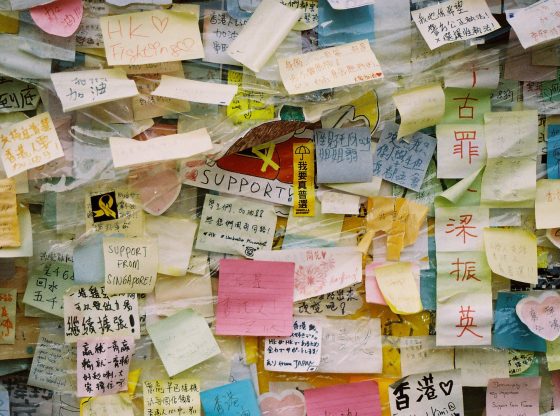 For the past two months, a chant has been filling almost every street in Hong Kong at around 10pm. Anonymous citizens shout out ‘Hongkongers?’, while others respond with ‘Ga Yau!’ (literally, ‘add oil’ in Cantonese). This ritual is probably the most symbolic way to explain the essence of the current situation in the city. Beyond the opposition to the controversial Extradition Bill proposed by Chief Executive Carrie Lam, the former British colony has suddenly become a laboratory of intense social identity creation.

Presented in the Legislative Council (LegCo) for the first time in March 2019, the Extradition Bill has faced opposition both within and without the LegCo ever since. If the bill had been passed, it would have allowed Beijing to request the extradition to mainland China of individuals jailed in Hong Kong if their sentence was more than three years and they had been convicted of crimes punishable under both legal systems.

The gloomy future foreseen by Hongkongers after the introduction of the bill initiated the first wave of protests, which influenced the government to amend the prison term threshold for extradition from three to seven years. Opposition to the bill rapidly became a shared value among people, paving the way for the mass demonstrations which followed and bringing together lawyers, business people, politicians and a significant number of ordinary citizens.

Like a snowball steady growing in line with its speed and movement, since the third mass protest on 1 July 2019, actions aimed at strengthening the people’s collective identity have been growing at an extraordinary rate as well.

Despite profound differences about the reasons for opposing the bill, the march of one million people on 9 June 2019 widened the opportunity cycle for the protest to grow even further. The citizens’ reaction to the violence used by police the following Wednesday, 12 June 2019, showed how substantial the people’s support was for the opposition movement. An estimated two million people turned out, condemning the violence and the government’s assertive political behaviour. Chatting with a few of those who attended the second protest, I learnt that they all agreed on the main reason for coming out to demonstrate: the police violence against unarmed individuals earlier that week.

Like a snowball steadily growing in line with its speed and movement, since the third mass protest on 1 July 2019 (which was the anniversary of Hong Kong’s handover from Britain to the People’s Republic of China), actions aimed at strengthening the people’s collective identity have been growing at an extraordinary rate as well. The people’s free expression has taken many forms, such as the endless number of post-it notes fixed to the restored Lennon Wall in front of the LegCo building (a legacy of the Umbrella Movement in 2014), and around university campuses and in more peripheral areas such as the Lennon Tunnel in Tai Po on the northeastern side of the Kowloon peninsula.

The human chain on both sides of the city has further connected the periphery and centre – something which had not happened before – while the extensive use of Cantonese during public assemblies and events defines a sense of exclusiveness vis-à-vis those whose mother tongue is Mandarin. This linguistic semi-public sphere also cuts out the international community, reaffirming the uniqueness of the social identity creation from locals to locals for locals.

The widespread disagreements among citizens about which path Hong Kong should follow in the immediate future is evident. Everyone is now involved in the contentious actions to very different extents, which has also widened the scope of the debate and caused it to open up family cleavages related to tradition and culture. Thus, defining recent events as the expression of a contentious collective movement would likely be both too much and too little. Debates around the use of violence as a legitimate means of political opposition challenge the very foundations of peacefulness embedded in Hong Kong’s society, widening intra-family conflict.

The lack of any precise organisation, the refusal of anyone to take a leadership role, and the impossibility of identifying individuals during the protests hardly fit the general classification of a movement. Nonetheless, social identity creation as an ‘experience-in-the-making’ should be considered a necessary step for achieving any of the protesters’ demands. Hence, what the city is witnessing today seems to be a step forward after the last two decades of contentious actions that have taken place in Hong Kong.

Concern for the future is the red thread connecting the events that have unfolded from March 2019 onwards. During the ‘boycott classes, not education’ protests in September 2019, one of the most common terms has been ‘resilience’ as a driver for achieving any aim during contentious actions. This means that the creation of a particular social identity is now possible because of the citizens’ longstanding resilience, which has developed in Hong Kong over two decades of protests.

In the last fifteen years, there have been three major contentious actions in the city, reaffirming how continuity in the intensity of conflict is central for establishing a foundation for consistent action. In 2003, over half a million citizens turned out against the proposed National Security Law, and in 2014, the Umbrella Movement blocked the city for 79 days. These events are layered in citizens’ recent memory, allowing them to criticise the regime and become inspired by the protests, both of which feelings help to create a conscious social identity.

Recently, public gatherings where citizens join together and sing ‘Glory to Hong Kong’ – understood as ‘the unofficial anthem of Hong Kong’ – further highlight how in Hong Kong, social identity creation is more important than the collective action per se. The constant reference to Bruce Lee’s ‘being like water’ is exemplified here, in that street demonstrations are only one of the shapes of identity creation.

Of the ‘five demands’ presented to the Hong Kong government by the protesters, only the withdrawal of the Extradition Bill has been satisfied. This has fuelled further and more violent actions carried out by some of the black-masked protesters. However, aside from the dichotomy of the demonstrators’ success or failure in imposing their demands on the Chief Executive, the social identity practices that have been described here should be seen as much more powerful and significant. These undermine the traditional government-society relationship, pushing towards a new pattern in society of which we have so far only caught a glimpse.

Fabio Angiolillo is a PhD student in the Department of Politics at the University of Hong Kong. His main research interests include contentious politics, contemporary politics and Chinese politics.

Hong Kong protests: The impact on local tourism
The Long Read: Straw man arguments and the removal of Article 370