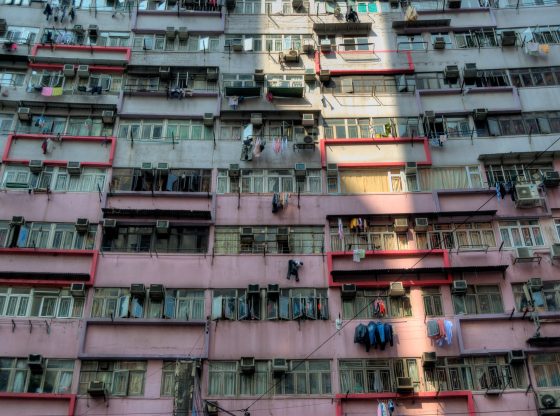 Ever since the rejection of the National Security Bill in 2003, which attempted to legislate on Article 23, political protests in Hong Kong have continued to multiply. They reached a new climax in 2019, when millions of protesters fiercely opposed the Extradition Bill. If passed, the bill would have allowed for the extradition of Hong Kong residents to other countries or regions, including China.

While economic and social considerations were never prominent in the protesters’ demands, they were not completely absent either, and some even considered them the root cause of the current discontent. Carrie Lam, Hong Kong’s Chief Executive, also adopted this view, noting on 4 September as she announced the withdrawal of the controversial bill that:

‘After more than two months of social unrest, it is obvious to many that discontentment extends far beyond the Bill. It covers political, economic and social issues, including the oft-mentioned problems relating to housing and land supply, income distribution, social justice and mobility, and opportunities for our young people.’

In line with the Chief Executive’s assessment, the current post presents some of the main economic problems facing Hong Kong and the reasons why young Hongkongers are especially affected by the situation. It also suggests that these problems should be treated together in a systemic manner rather than separately, as is too often the case. It concludes by stating that while economic and social changes could have eased the situation if they had been implemented several years ago, their introduction today would be insufficient to address all of the protesters’ grievances.

Economic issues and the plight of the youth

Despite periods of economic downturns, Hong Kong’s per capita GDP increased by about 70 per cent (in real terms) from 1997 to 2018. However, inequality also escalated during this period: the Gini coefficient jumped from 0.525 in 2001 to 0.539 in 2016, making Hong Kong one of the most unequal cities in the world. To make things worse, these data are likely underestimated, as the official statistics only capture income from salaried work but not from other sources such as dividends to individuals, which are not taxed.

The most alarming development has occurred in the housing market, making Hong Kong the most unaffordable city in the world

The growth in inequality makes Lau Siu-kai’s notion that ‘Hong Kong is a land with bountiful opportunities where everyone could succeed with hard work’ (cited in Augustin-Jean and Cheung, 2018) more myth than fact. This type of thinking has been further exacerbated by the deterioration of other social and economic indicators.

For example, in 2018, public expenditure on healthcare amounted to only 14 per cent of the government’s total expenditures – compared to 19.2 per cent in Korea, according to Oxfam. Similarly, the purchasing power of the minimum wage has decreased in recent years. But the most alarming development has occurred in the housing market, making Hong Kong the most unaffordable city in the world: according to the Demographia International Housing Affordability Survey, the ratio of housing prices to annual household income was 12.6 years in 2011, but had grown to 21 years by 2018.

While this economic and social situation has exacerbated social tensions, it has particularly affected Hong Kong’s youth, who still have to find their place in society, secure good jobs, and be able to afford comfortable lodging. (They are not the only ones in this predicament, of course, since the poor and the elderly are similarly affected.)

Furthermore, not only is housing (whether in the public or private sector) largely out of reach for young people, but their career prospects have been steadily declining. Salaries for new graduates have not kept pace with GDP growth and there is evidence of declining social mobility for young people, even those with tertiary-level education. For example, while 11 per cent of graduates took clerical jobs after completing their studies in 2000, the figure had risen to 18 per cent in 2015, according to the Legislative Council’s Research Office. Such a trend indicates limited opportunities for people to move up the earnings ladder.

Thus, young Hongkongers face a future of growing inequality, limited social mobility, declining economic opportunity and unaffordable housing. Carrie Lam was certainly aware of the situation, because her campaign to be (s)elected as Chief Executive testified to this. Nonetheless, she did not or would not attempt to challenge the status quo for ideological and practical reasons.

This is why the government still holds to the idea that high economic growth will provide sufficient opportunities for everyone, apparently believing that there is no connection between Hong Kong’s economic and political problems. Second, the government is aware that changing the economic status quo would upset myriad stakeholders with vested interests, especially developers, and provoke their wrath.

Both of these problems stem from the government’s inability to take a systemic approach to tackling the issues which Hong Kong faces. For instance, the oligopoly that exists in the Hong Kong property market partly explains the city’s exorbitant housing prices. A handful of developers have erected high entry barriers for potential competitors and created land banks, worsening land scarcity in the city.

The government should have addressed this problem by enforcing existing laws and pushing developers to release their land reserves, but it baulked at doing so. Similarly, the Competition Ordinance, enacted in 2015, does not have the power to curb oligopolies. Finally, the government itself supports this oligopoly because it is the ultimate owner of Hong Kong’s land: the land auctions it organises are for generating revenue and represent 20 to 30 per cent or more of the city government’s total income (allowing for a low tax rate).

In short, there are direct links between Hong Kong’s tax system, land supply and housing market. That is why these three factors need to be tackled systemically. Land auctions were a pragmatic solution for the colonial government during the 1840s when it did not have stable resources, but they should now be refined in order to serve the needs of today’s Hongkongers. Similarly, a capital gains tax – frequently proposed but always rejected – should be reconsidered in order to establish more secure revenue streams, instead of relying on land auctions so much.

So far, as already noted, Carrie Lam has been reluctant to invoke the Lands Resumption Ordinance and seize those holdings in the developers’ land banks that are not being used. This measure, first proposed by the Democratic Party in January 2019, was rejected by the largest pro-government party, the Democratic Alliance for the Betterment and Progress of Hong Kong (DAB). Recently, however, the DAB endorsed such a move, as did the media in mainland China. While releasing the land held in the land banks would not resolve the problem entirely, it would go some way towards alleviating it.

In conclusion, reforming Hong Kong’s economic system is both necessary and long overdue. The current policies, which aim to preserve the pillars of this system, have not tackled the root cause of the current problems because the government has never seriously attempted to redress inequality. The situation has been mildly alleviated through transfer payments, but redistribution does not provide new opportunities for the have-nots, and nor does it eliminate the causes of the wealth gap.

Thus, while the government has long been aware of Hong Kong’s rising inequality and the pressures facing the city’s youth, it has failed to implement solutions to tackle these problems due to ideological restraints and its own inability to confront vested interests. For the youth who have taken to the streets and sometimes resorted to violence, they have very little to lose.

Dr Louis Augustin-Jean is an Associate Professor in the Department of Social Sciences and Leisure Management at Taylor’s University, Malaysia. He is a specialist in development studies and economic sociology and has published widely on Hong Kong and China. His latest book, co-authored with A.H.Y. Cheung, is The Economic Roots of the Umbrella Movement in Hong Kong.

The Long Read: Straw man arguments and the removal of Article 370
The Water Movement represents the best of times for Hong Kong