The Water Movement represents the best of times for Hong Kong 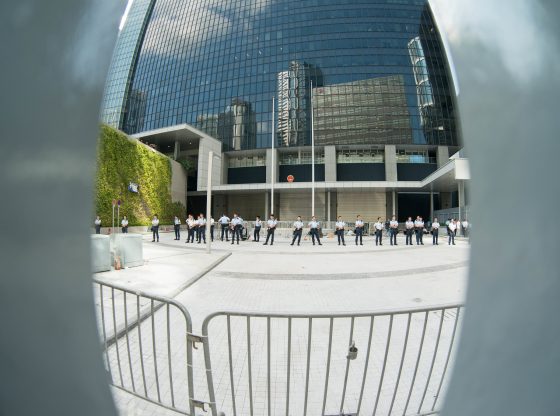 One of the most famous quotes by the English author Charles Dickens is: ‘It was the best of times, it was the worst of times’. While this phrase was used to describe the French Revolution in the eighteenth century in his novel A Tale of Two Cities, it also neatly captures the timing and implications of the protest which has become known as the Water Movement in Hong Kong.

The name ‘Water Revolution’ for the Anti-Extradition Bill protest in Hong Kong was first coined by the Financial Times. It is certainly a better name than ‘Anti-Extradition Bill protest’, not least because the protest is still continuing even though the bill has been withdrawn by the Hong Kong government. The word ‘revolution’ isn’t ideal, however, because it distorts the reality, which is that the protesters are more interested in defending their freedoms and rights – including the right to democracy – under the ‘One Country, Two Systems’ (OCTS) framework than in bringing down the Chinese government. They have tried hard to avoid the protest being perceived as a threat to the government in Beijing or indeed as an independence movement.

The protesters are more interested in defending their freedoms and rights – including the right to democracy – under the ‘One Country, Two Systems’ framework than in bringing down the Chinese government

While many people who view these events through an economic lens fear that the conflict and tension generated by the ongoing crisis could ruin the future prospects of this global city, if we take a more long-term perspective, we can see that the opposite should be true. The protest is a small price to pay in the short term if the people of Hong Kong want to preserve the city’s future. Without it, the outcome is inevitable: the city’s gradual absorption into the Chinese system, losing its identity, culture, values, and everything that makes Hong Kong unique and different from the rest of China.

Hongkongers are not trying to obtain anything extra from the Chinese government with the Water Movement. All they want is for China to keep the promises it made under the OCTS framework. One Country, Two Systems originated from the 1984 Joint Declaration – the international agreement reached between China and the United Kingdom for the UK to hand Hong Kong back to China in 1997.

Under OCTS China promised the people of Hong Kong not only that ‘their way of life’, including their rights and freedoms, would remain unchanged for fifty years, but also that there would be universal suffrage to elect the city’s legislature and Chief Executive. However, China has since claimed unilaterally that the Joint Declaration is no longer valid and refuses to honour it. Consequently, the G7 countries have expressed grave concerns.

Without full commitment from China, developments in Hong Kong since the handover in 1997 have been disappointing and even disturbing. There has been such little progress in the democratisation of Hong Kong that the city’s Chief Executive is still selected by a committee of 1,200 dominated by the pro-establishment elite, and then formally appointed by the Chinese government. Therefore it is hardly surprising that the Chief Executive only listens to the Chinese government and ignores the views of the majority of Hongkongers. As exemplified by the bill which attempted to legislate on Article 23 in 2003 and the Extradition Bill this year, the rights and freedoms of the people of Hong Kong are under constant threat and constantly being eroded.

In my journal article ‘Twenty Years of Hong Kong and Macao under Chinese Rule: Being Absorbed under “One Country, Two Systems” ’ I classify the Chinese policy towards its two Special Autonomous Regions (SARs) as one of ‘gradual absorption’. I argue that the phrase ‘one country, two systems’ no longer expresses the original intention of operating as a framework to uphold the high level of autonomy in the SARs. Instead, it has evolved into a managed process for absorbing and integrating Hong Kong and Macau into the one country context, so that the SARs will eventually be the same as the rest of China.

The Greater Bay Area initiative as put forward by the central government in Beijing fits perfectly into the mechanism of gradual absorption. It is expected that through the process of economic integration under the initiative, political integration will follow naturally. Finally, OCTS could be formally abolished in 2047, fifty years after the transfer of sovereignty of Hong Kong, if not sooner.

It must be emphasised that gradual absorption is the complete opposite of the original meaning of OCTS and goes against the expectations of most Hongkongers, for whom OCTS has always meant a high degree of autonomy for Hong Kong. If any absorption and integration is to be allowed and preferred, then it should be China becoming more like Hong Kong rather than the other way around.

What is truly worrying and shocking about the proposed Extradition Bill which triggered the Water Movement is that it has greatly accelerated the rate of absorption and placed political absorption ahead of economic absorption. If there is anything positive to take from this acceleration of political integration, then it is the fact that it provides a loud wake-up call to the people of Hong Kong to assert their rights and to fight for what they have been promised and deserve.

If the process of absorption continues to be a quiet and gradual one, however, then the tale of the ‘boiling frog in warm water’ may indeed come true. Few would notice the absorption or comprehend the disastrous consequences, and when they finally did realise and decide that something should be done, it would be too late. The Water Movement represents the best of times for Hong Kong, because it brings Hongkongers together to fight for a common cause and for their shared future while they still can.

Professor Wilson Wong is the Director of the Data Science and Policy Studies Programme (DSPS) of the Faculty of Social Science at the Chinese University of Hong Kong. His areas of research include E-Governance, Comparative Public Policy and Administration, and the Politics and Public Administration of Hong Kong.