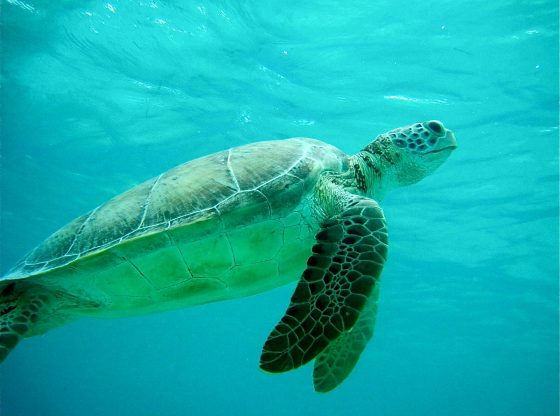 ‘Haigui’, or sea turtle, is a Chinese slang term for Chinese students who have returned from studying overseas. It has until recently had very positive connotations. In the past few years, however, the idea of returned overseas students as valuable ‘sea turtles’ has been replaced with the notion of being ‘haidai’, or ‘seaweed’, with all that inspires in the imagination. That may seem rather extreme, but the message is clear: in China, an overseas education no longer holds the cachet that it once did.

There are many reasons why Chinese students consider studying overseas. Language skills, travel, and exposure to new ideas are a few of them. Despite some ambivalence in attitudes towards ‘the West’, studying in the United States, the United Kingdom, Canada, Europe, Australia or New Zealand (roughly in that order of preference) continues to hold a fascination.

For most, the overarching concern is finding a good graduate job with a decent salary in China’s extremely tight labour market. Overseas study used to be seen as a means to achieve a competitive edge in the job market. In an environment where social welfare is limited, ensuring that your child (most couples still only have one child) has the best possible chance of a materially comfortable future is paramount, both for the child and for the parents.

There are of course costs associated with overseas study as well, both financial and otherwise. As Western universities well know, international students pay very high fees. In China, it is not uncommon for families to pool their savings together to send someone abroad to study – in the process placing an enormous burden of pressure to succeed on that lucky someone.

The family upheaval and uncertainty arising from sending your only child (in most cases) across to the other side of the world, to a place where you most likely have never been and probably know very little about, is huge. And what happens if your child decides to stay overseas? This is neither financially nor emotionally ideal.

Another important factor to consider in a society where ‘guanxi’ – or interpersonal relationships – often play a significant role in achieving desired outcomes (including finding a job), is the potential loss of networks. University is a critical time for cultivating these networks. When I was teaching at a university in Beijing, students would often ask whether it was worth studying abroad, or whether losing the close relationships with their peers would result in fewer contacts to draw on later when they were looking for work.

Already a difficult choice for many, there are trends both within China and abroad that mean remaining in China to study is now becoming an increasingly appealing option. In the practical realm, the costs of an overseas education are beginning to outweigh the advantages: the financial, emotional and network costs still exist. In addition, more people have studied overseas, so the competitive value of an international education is diminishing.

At the same time, there has been considerable investment in the Chinese tertiary system, and much of the skills and content that a student could learn overseas can increasingly be learnt in China. And in many cases, language and international cultural skills do not improve as much as may be anticipated – often strongly related to university environments which do not actively address the integration challenges faced by Chinese students. Tighter immigration policies in host countries pose another challenge.

In addition to these practical elements, in recent years the already ambivalent attitude to ‘the foreign’, and to ‘the West’ in particular, has become noticeably cooler. The Chinese ‘patriotic education’ campaign introduced in the early 1990s to build loyalty to the party-state is predicated on a clear delineation between ‘our China’, which we love, and a generally undifferentiated Other of not-China, which we view with suspicion. Indeed, the education campaign lays the blame for any and all of China’s suffering and weakness firmly at the feet of the West.

This sense of love and pride for ‘self’ and suspicion of the ‘Other’ was strengthened with the 2008 Beijing Olympics and the Global Financial Crisis (2007–08). These events served to illustrate not only that China was well and truly ‘re-emerging’ from the period of humiliation and weakness wrought by Western forces, but also that the West was actually not so infallible, and did not have all the answers.

Some of the Western responses to the Beijing Olympics – in particular, the protests around the Olympic torch – also left many Chinese feeling bewildered and angered that some did not see China’s ‘re-emergence’ in the same positive light they did. More recently, leaked documents of the Chinese Communist Party that warn of insidious and dangerous foreign influences demonstrate that the growing suspicion of foreign influence is politically driven.

This cooling is having an impact on Chinese students’ decisions. Australia provides a good example of a correlation – if not provable causality – between attitudes in China and student choices. Over the past few years, the China-Australia bilateral relationship has been rocky. One place where China’s displeasure with Australia has manifested is in articles published in Chinese state-endorsed newspapers about Australia not being a welcoming destination for Chinese visitors, including students. Conversations on the Chinese chat app Weixin (WeChat) – sometimes overtly but also covertly state-directed – often run along the same lines.

Data from the Australian Government show that while the number of Chinese students in Australia continued to grow in 2018, the rate of growth declined by 7 per cent. Certainly, there is ample anecdotal evidence that cooling attitudes towards Australia have negatively affected its appeal as a destination for study.

The factors that Chinese students weigh up when deciding whether to study at home or abroad are increasingly influencing a shift away from studying overseas. And these trends are growing; none of these factors is likely to diminish substantially in the short or medium term. The cost of an education overseas vis-à-vis the opportunities it may provide, situated in a context of increasing national pride and cooling attitudes towards the foreign, means that the ‘seaweed’ label is here to stay.

Dr Merriden Varrall is Director of Geopolitics & Tax at KPMG Australia. Before joining KPMG, Merriden was Director of the East Asia Programme at the Lowy Institute, where her work concentrated on developing an understanding of East Asia ‘from the inside out’ and analysing the Australia-China bilateral relationship.