Germany has an AI strategy: How does it stack up against China’s? Part I

Home /China, Cyber Security, Development, Security, Technology/Germany has an AI strategy: How does it stack up against China’s? Part I 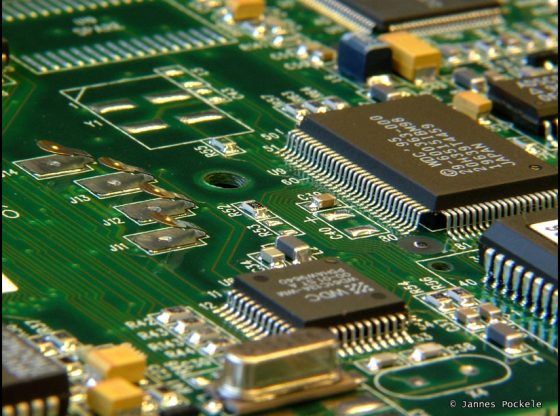 In November 2018, Germany released its artificial intelligence (AI) strategy, for which the German federal government is putting aside 3 billion euro. Nearly a year later, the German government has begun to clarify how some of that money is to be spent. Leadership on AI from Berlin comes late to the game. The United Kingdom, France and the European Union all rolled out plans and roadmaps for AI growth ahead of Germany during 2018.

Preparations for the AI age are happening amidst a heated debate about the place of Chinese technology companies in the world. Most of the current attention is on Chinese tech giant Huawei, a company poised to supply much of the world’s 5G technology: a communications hardware upgrade seen as crucial for much of the future’s data-driven technologies, including AI. Huawei’s growing technology clout is sparking concerns across the EU and elsewhere about how to remain competitive in the AI future.

Leading the pack of global economies in terms of planning for AI is the People’s Republic of China (PRC), which has had an AI strategy for two years. The People’s Republic presented its New Generation Artificial Intelligence Plan in July 2017 and expanded on it with a three-year action plan in December that year.

Why should governments be thinking about artificial intelligence? AI promises to boost global economic growth, yet threatens to disrupt how we work and live. Kai-Fu Lee, the former head of Google China, captures this urgency in his book AI Superpowers: China, Silicon Valley, and the New World Order. He cites a study by global accountancy firm PriceWaterhouseCoopers (PwC) which estimates that, thanks to AI, the global economy will swell by 15.7 trillion dollars by 2030. Estimates about the proportion of jobs threatened by automation range between relatively low values for some countries to over 50 per cent for the major economies.

The message here is: economies that prepare today will be best positioned to harvest the economic gains and guard against the social changes brought about by AI tomorrow. Now that Germany is articulating its ideas for AI, it is worth considering how they stack up against the vision offered by China’s officials.

Benchmarks, or no benchmarks, that is the question

The German AI plan (a summary in English is available here) calls for investments of 3 billion euro by 2025 in AI and hopes to double that by engaging the private sector and the federal states (Länder). That amount is supposed to make ‘Germany and Europe a leading AI hub’. In comparison, France has committed 1.5 billion euro of public funds until 2022 to AI, while the EU as a whole will spend a total of 4 billion euro under two schemes and an additional 1.5 billion euro under its new coordinating plan. All of these schemes expect to attract additional private money.

Stefan Heumann, an expert at the German think tank Stiftung Neue Verantwortung, is a fierce advocate for giving policymakers clear measures they can use to gauge success. He co-authored a report surveying the success metrics of various AI plans and distinguishes, among other things, between two kinds of measurables: inputs (such as the amount invested) and outputs (such as the size of the AI industry).

Germany has set itself some output targets. The new policy envisions a national network of 12 centres for AI research, 100 new AI faculty positions, and a government-funded programme designed to provide 1,000 small and medium-sized enterprises (SMEs) annually with AI-related support.

However, these initiatives mean little if the German government does not have a good sense of what AI is. ‘You also have to think about what a student or PhD researcher trained in AI actually is? Which fields count? … If you want to measure it, you need to start to count it. And for that you need to more clearly define which sorts of approaches are within it’, says Heumann. The strategy does make some progress towards defining particular sectors, such as agriculture, food supply chains, nursing and space flight.

China’s plan, however, is different. It outlines a long list of specific technologies which the government wants. Matt Sheehan, a non-resident Fellow at the Paulson Institute, calls it the ‘wish list’ approach. The list includes things such as smart orchards, household items with enhanced sensing and connectivity, and intelligent parcel sorting. The idea, writes Sheehan, is that local governments and private enterprises are given the goals and expected to come up with ways to make them a reality.

And they have. China has set up a consortium of 35 universities with AI curricula. Nearly all coastal provinces and municipalities have announced their own plans and benchmarks. Collectively, at least eleven sub-national governments want to establish an AI core industry worth 400 billion renminbi by 2020, more than twice the national target. Certainly, within the Chinese command-and-control economy, goal-setting serves as a blunt but effective instrument in mobilising the country.

Educating and attracting the next generation of AI talent

Creating widespread change in Germany will require significant political finesse. Heumann and Jörg Bienert – a founding member of the German AI Association – point out that education is largely up to the individual German Länder. The German AI Association has put forward its own policy recommendations, which include mandated data science instruction starting in the third grade. Funding for university positions and school curricula is set by state-level legislatures. This means that while the German federal government can say it wants 100 new faculty positions, it will be up to the Länder to make that happen.

Several states, including North Rhine-Westphalia and Bavaria, had already announced independent action plans to bolster AI locally before the national AI strategy was released. The result may therefore be a patchwork of AI expertise in Germany, dictated by how successful individual states are in attracting federal support and in committing their own resources. ‘I would read the state strategies as a way for the Länder to position themselves to receive federal funding’, says Heumann. In Heumann’s view, the German states are now rushing to set up new institutions so that they are ready to apply for federal funds in time.

The AI race is in many ways a race for AI talent. The German AI plan calls for efforts to attract German researchers currently working overseas. To that end, Germany plans to recruit thirty new international faculty members through the Alexander von Humboldt Professorship programme between now and 2024 (in other words, six new faculty members each year). The programme comes with start-up funds of either 3.5 million or 5 million euro, depending on the nature of the research.

China has also been recruiting aggressively through its Thousand Talents Plan (the name reveals the sheer scale of Chinese ambitions), which seeks to attract the talent of scientists trained abroad. Projects come with their own start-up funds as well, ranging from 500,000 renminbi (63,000 euro) to 1,000,000 renminbi (127,000 euro), with priority given to other Chinese funding mechanisms.

Hence, while the initial funding is more modest in China, projects are being delivered on a much bigger scale. The international recruitment programme in Germany, meanwhile, appears to cap out at just thirty individuals over the next five years. Bienert warns that the German government needs to act immediately, and on a large scale.

Michael Laha is a Program Officer at the Asia Society Center on US-China Relations in New York.

Funding support was provided by the American Council on Germany McCloy Fellowship on Global Trends.