Germany has an AI strategy: How does it stack up against China’s? Part II

Home /China, Cyber Security, Development, Security, Technology/Germany has an AI strategy: How does it stack up against China’s? Part II 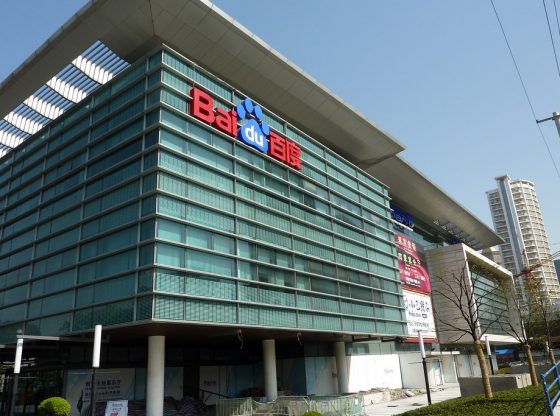 This is Part II of a two-part post. You can read Part I here.

The ‘Third Way’ on data

In an op-ed, the Financial Times innovation editor John Thornhill talked up Europe’s prospects for charting another path in the realm of data and technology. In his view, Europe’s stringency when it comes to consumer data protection (via the General Data Protection Regulation and other measures) will be welcomed more broadly – it is already being endorsed by major US companies – and will eventually prove advantageous, especially in industries such as healthcare and education that are already very tightly regulated and will require stricter rules for data management in future.

Chinese internet users are often seen as having little regard for data privacy and other aspects of data governance. However, New America Fellow Samm Sacks and Fellow at the Georgetown Center for Security and Emerging Technology Lorand Laskai say this is largely untrue. The People’s Republic of China (PRC) is establishing rules designed to protect Chinese consumers from privacy abuses by China’s internet giants such as Baidu, Alibaba and Tencent. However, even as China is controlling the commercial use of data, it is broadening the scope of government access to digital information about its citizens.

As the global AI race heats up and governments in the West begin to implement their technology policies, they are keeping an eye on what China does

One important element to look out for in Europe and Germany’s digital progress is how fast German companies will be able to achieve their aims. Stefan Heumann at the German think tank Stiftung Neue Verantwortung points out that Germany’s economy is largely driven by its so-called ‘hidden champions’, which are small to medium-sized enterprises (SMEs).

According to Heumann, these are ‘the machine builders in small towns that are global market leaders for their specific niche products. And the problem is [that] they are rather small and they lack resources. For example, they might not have data specialists themselves’. To address this, the German government is already setting up ‘digitisation hubs’, which will be integrated with a new consulting programme outlined in Germany’s artificial intelligence (AI) strategy.

Germany envisions a broad government-sponsored consulting programme that aims to support 1,000 German SMEs annually in facilitating digitisation. However, implementation of this may be tricky. ‘There is definitely a big question: who are going to be these trainers and where are they going to come from? Because that kind of expertise is missing in the market … [Consultancies] or [bigger] companies are buying up that talent’, warns Heumann.

Besides the challenges inherent in digitising many SMEs, there is another obstacle that arises from such an ecosystem: smaller data sets held in numerous silos. Remedies for Germany proposed in a report by Stiftung Neue Verantwortung involve proactive strategies to pool data, a move that could be helped by innovations in ‘anonymising or synthesising data’, for instance.

China, meanwhile, has built up profiles of data pools that, in certain regards, position it well for data-driven technology development. For instance, China’s app Weixin (WeChat) is particularly powerful in capturing a variety of information on the same user by integrating other applications in one larger ‘super-app’. However, the jury is still out on whether China will be able to capture a diversity of user information (Chinese apps have had limited success internationally) and to what extent much of the data collected is of sufficient quality for training AI.

Heumann points out that military and security applications are notably absent from the German AI plan. ‘This is also probably reflective of German culture. We don’t really feel that comfortable talking about military dimensions and this is a document prepared by [the] ministries of economics, research and labour, so the focus is really on the civil applications of the technology. But I think overall the German government has to also think about this in the context of security and military applications. That is a piece that is missing in that strategy’, says Heumann. A chart compiled by Netzpolitik.org depicting current ministerial AI budget allocations reveals that the German Defence Ministry is notably absent.

This is in sharp contrast to Chinese politics and policies. Military ambitions are a key element of China’s AI push. The PRC has set up a special body, the Central Commission for Integrated Military and Civilian Development, which is designed to facilitate this process. The goal, as Laskai puts it, is ‘not only to ensure military application[s] develop in tandem with civilian applications, but that the combination of the two domains produces “leapfrog development” (跨越发展)’.

To that end, numerous local government multi-billion RMB funds for civil-military fusion have been set up. China is borrowing ideas from the American ‘military-industrial complex’ model and funding from Silicon Valley technology companies. Universities are also taking up this mandate, as a speech  by Vice President You Zheng of China’s prestigious Tsinghua University (translated by Elsa Kania at the Center for New American Security in Washington, DC) indicates.

As the global AI race heats up and governments in the West begin to implement their technology policies, they are keeping an eye on what China does. Chinese companies are gaining traction abroad. CloudWalk, a Chinese company, signed deals with at least three African countries to roll out face-recognition software. Similar deals were struck in Malaysia and Singapore.

Many of these deals are being made between authoritarian regimes, further ossifying autocratic governance by encoding it in the technologies they agree to buy. The ability of German companies – and European companies more generally – to compete globally in the realm of technology, data and ethics will depend on whether they can become global leaders as well.

If the words of AI gurus such as Kai-Fu Lee are worth anything, then the outlook is indeed bleak. In an interview with Sifted in December 2018, the former head of Google China and AI investor does not even mention Europe. ‘I left out Europe’, he says, ‘because I didn’t think there was a good chance for it to take even a so-called “bronze medal” in this AI competition’.

This is Part II of a two-part post. You can read Part I here.

Michael Laha is a Program Officer at the Asia Society Center on US-China Relations in New York.

Funding support was provided by the American Council on Germany McCloy Fellowship on Global Trends.

The Long Read: Gandhi’s racism
Indonesia: The Belt and Road Initiative and relations with China