Indonesia: The Belt and Road Initiative and relations with China 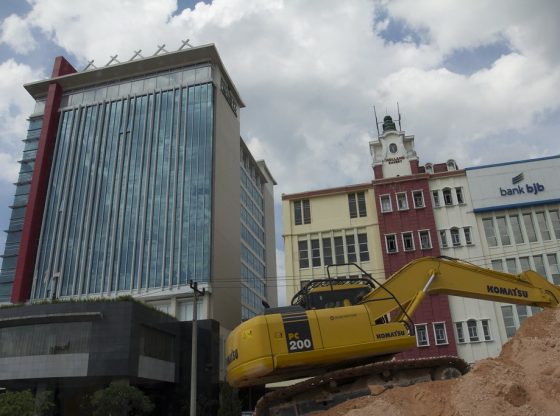 In this commentary I provide a brief overview of the relatively smooth yet slow progress of China’s Belt and Road Initiative (BRI) in Indonesia, against the backdrop of recent China-Indonesia relations.  Indonesia serves as a key link in China’s maritime Silk Road, which is the second component of the aforementioned BRI.

In fact, Indonesia is such a fundamental component of the project that its first proposal came during an address to the Indonesian parliament by China’s President Xi Jinping in 2013. Relations between the two nations during the last decade have been largely free of the noticeable crises or upheavals that have characterised BRI projects in several other Asian nations.

(Indonesian legal protocol) has the effect of delaying projects, to the displeasure of those involved in construction, while simultaneously addressing the more explosive public grievances which surround them, meaning that Indonesia does not suffer from the more vocal protests against the projects seen elsewhere in the BRI network.

These relatively stable bilateral ties are largely due to the mutual desire to seek a strong maritime partnership, to cooperate on infrastructural development, and to have an independent foreign policy free of external influence.

Since assuming office in 2014, Indonesian President Joko Widodo (widely known as Jokowi) has sought to build the nation into a major maritime power. China has been one of Indonesia’s largest donors and trading partners, and President Xi’s offer of a maritime partnership and financial support for infrastructure projects under the umbrella of the maritime Silk Road has been a great help to Jokowi’s prospects of achieving his maritime goals.

With Jokowi’s programme also including an aggressive anti-drugs policy that has caused tensions with nations such as Australia, France and Brazil, the support of Beijing has offset the impact of these diplomatic scuffles, further underlining the importance of the contemporary Sino-Indonesian relationship.

However, the partnership between Beijing and Jakarta is not free from conflict.  China’s nine-dot line, marking out its claim to most of the South China Sea (SCS), clashes with Indonesia’s sovereignty and Exclusive Economic Zone (EEZ) claim over the Natuna Islands.

Jokowi has attempted to demonstrate his determination to defend Indonesian sovereignty by renaming the northern part of the EEZ the ‘North Natuna Sea’ in a move that has antagonised China. He has also been aggressive during his first term in office, detaining and destroying fishing boats deemed to be operating illegally in Indonesian waters.  These fishing boats appear to be predominantly Vietnamese, followed by Malaysian and Philippine, though some are Chinese. This ongoing dispute threatens to undermine Sino-Indonesian relations even before the impact of the BRI is taken into account.

The BRI in Indonesia

Although relations between the two nations remain generally strong, implementation of the BRI has been far from straightforward. Infrastructure developments in Indonesia have to undergo a thorough consultation process. This often has the effect of delaying projects, to the displeasure of those involved in construction, while simultaneously addressing the more explosive public grievances which surround them, meaning that Indonesia does not suffer from the more vocal protests against the projects seen elsewhere in the BRI network.

The Jakarta-Bandung High Speed Rail (JBHSR) link is a typical example. The rail route is regarded by Beijing as the most important BRI project in Indonesia; a view not shared by the Indonesian public. In September 2015 China outbid Japan to win the right to build the rail link – because it did not impose a debt guarantee upon the Indonesian government.

Spanning 150 km and costing an estimated USD5.9 billion, the JBHSR is 40 per cent owned by China Railway International. Ground was broken in January 2016, but there has been a great deal of tension surrounding the project. In March 2017, the air force – which will lose its air base to the JBHSR – arrested several Chinese workers attached to the project on the air base, and in July 2018 construction was halted by three lawsuits seeking compensation from land acquisitions.

Such incidents threatened the smooth running of the project. Nonetheless, thanks to the acceptance of due process, by March 2019 practically all of the land acquisition (99 per cent) had been completed and progress was finally made. The railway is scheduled to be completed in 2021: two years behind the originally proposed completion date but with the consent of local people.

This rail project embodies the paradox at the heart of the BRI in Indonesia. Issues surrounding land reclamation and ministerial approval for projects have been very time consuming given the strict licensing agreements, concerns with corruption and issues surrounding ownership.

However, the same legal barriers that cause what are seen in some quarters as unnecessary delays have served to restrain what others see as unrealistically high expectations and a reckless push for ‘mega’ projects. Indonesia observers suggest that the prolonged process of land acquisition, licensing and lawsuits have acted as important checks and balances on these projects and enabled a pre-emptive resolution of the kind of problems that have blighted the BRI in other regions.

Even so, this has not entirely prevented some of the typical problems cited across the BRI network from appearing in Indonesia. Concerns about  possibly massive import of Chinese workers by Chinese construction firms to work in Indonesia could easily invite very negative responses from Indonesians, while environmental concerns as well as some deep-seated unease regarding China’s geopolitical intentions in Indonesia might present a long-term obstacle to bilateral relations.

Nonetheless, the checks and balances that exist in Indonesia have certainly alleviated many of the concerns around the projects and generally made the BRI more popular and less problematic here than in other countries.

Jokowi’s re-election success in 2019 seems to bode well for the stability of the two countries’ bilateral ties as well as the BRI, and it further underlines the relatively favourable standing of the BRI in Indonesia. This tacit endorsement has led to talk of an expansion, with Indonesia inviting China to invest in 28 further projects worth USD91 billion. In July 2019 Jokowi asked Xi for a ‘special fund’ under the BRI framework during a meeting on the sidelines of the G-20 summit in Japan.

Despite the implementation of numerous BRI projects, the scale of trade between China and Indonesia is still relatively small compared to China’s trade with other Southeast Asian nations.  In 2017, bilateral trade between the two countries amounted to USD63 billion, making Indonesia China’s fifth-largest trading partner in the region and highlighting the potential for growth in both trade and cooperation.

With relations between the two nations remaining strong, and the Indonesia’s robust checks and balances reducing the kind of implementation problems which have blighted the BRI network in other countries, it seems likely that increased economic cooperation between two of Asia’s major powers is only just beginning.

Hongyi Lai is an Associate Professor in the School of Politics and International Relations at the University of Nottingham, UK.  This commentary is based on his short trip to Jakarta in the summer of 2018, which was funded by the University of Nottingham Asia Research Institute, and on numerous news reports, commentaries and on the subject of China and the BRI in Indonesia.

Germany has an AI strategy: How does it stack up against China’s? Part II
Regulation of the internet in China: An explainer