Regulation of the internet in China: An explainer 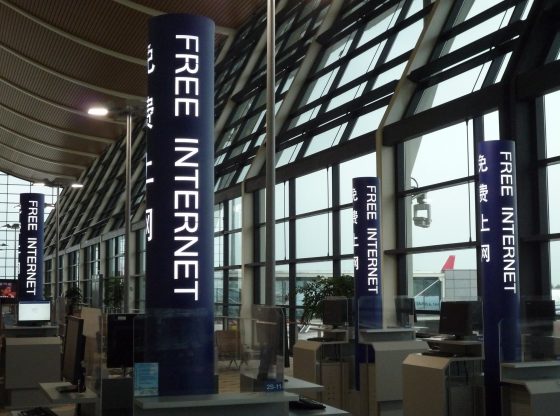 A Great Firewall blocking voices from the outside. A top-down propaganda machine controlling information within. A highly restrictive environment where the government enforces control in a precise and monolithic manner. These are some of the common understandings of how the internet is controlled in China. However, the reality is more nuanced than this. Information control in China is more fragmented and decentralised than these popular conceptions convey.

This article provides an overview of how China manages social media via a broad range of regulations and advanced filtering technologies. Despite these legal and scientific advances, however, the evidence shows that China’s sophisticated information control system, which relies heavily on private companies, is neither monolithic nor consistently applied.

Who regulates the internet in China?

Any internet company operating in China is expected to conform to state requirements, such as assuming responsibility for the content published on its platforms. Companies must invest in staff and filtering technologies to moderate content and remain compliant with government regulations. Failure to comply can lead to fines or the revocation of operating licences.

In 2010, China’s State Council Information Office (SCIO) published the country’s first white paper on internet policy. It includes a list of prohibited topics that are vaguely defined, including ‘disrupting social order and stability’ and ‘damaging state honour and interests’. The vaguely defined regulation not only makes it unclear how to stay within the line, but also leaves a great deal of room for the government to interfere with companies’ operations when needed. It often leads to over-censorship, a phenomenon described in an online article by Perry Link as an ‘anaconda in the chandelier’.

Besides having to cope with the vagueness of regulations on content, internet companies must also answer to a wide range of government bodies to ensure their business operations run smoothly in China. A number of regulatory agencies, including the Ministry of Culture, the Ministry of Industry and Information Technology, the State Administration of Press and Publication, Radio, Film and Television (SAPPRFT), the SCIO and other governmental authorities, jointly regulate all major aspects of internet activity. Operators are required to obtain various government approvals and licences prior to providing any internet information services.

In 2014, China established the Cyberspace Administration of China (CAC), which answers to the Central Leading Group for Internet Security and Informatisation (CLG), a policy formulation and implementation body set up to manage internet-related issues.

Headed by President Xi Jinping himself and composed of high-ranking officials, the CLG is believed to represent the Chinese Communist Party’s (CCP) efforts to centralise the diverse and often contradictory interests of existing internet-related management bodies. This new top-level internet governance body oversees the expansion of online services, addresses internet security concerns, and has broad jurisdiction over policies on internet censorship.

What regulations are in place?

Since its establishment, the CAC has been expanding the legal framework for controls over online content and personal identity. The most important piece of legislation which oversees China’s internet management is the Cyber Security Law (CSL), which was enacted under the current administration.

Effective since 1 June 2017, the CSL governs all online activities in China and puts the onus on online service providers to verify the real names of users. In addition, the CSL requires all network operators to monitor user-generated content for information that is ‘prohibited from being published or transmitted by laws or administrative regulations’.

Following implementation of the CSL, the CAC released a series of major regulations on internet management within a two-week span between August and September 2017, which range from strengthening real-name registration requirements on internet forums and online comments to making individuals who host public accounts and moderate chat groups liable for the content on their platforms. These regulations push responsibility further down the chain from media and technology companies assuming culpability onto individual users.

How is social media censorship implemented?

To comply with the extensive laws, regulations and guidelines pertaining to content control, internet companies in China have invested – at some cost – in increasing their manpower and technologies to monitor and filter the information hosted on their platforms. Censorship is conducted via a mix of human reviews and machine filtering, which helps with pre-emptive and post-hoc content removal.

As Chinese companies grow larger at home and abroad, their compliance with China’s domestic regulations and reputation for doing so sometimes comes at the cost of expanding their market overseas. WeChat (Weixin), for example, which is currently China’s most popular social media platform, has experienced several backlashes in its global expansion plans because of imposing censorship on international users ‘by accident’. Instances such as these continue to hamper users’ confidence in WeChat and remind international users of the restrictions that Chinese applications face at home.

Caught in a dilemma between appealing to international users who desire an online environment free of control and staying within the lines of government regulations back home, Chinese internet companies have adopted creative ways to implement censorship. Research carried out by myself and colleagues at the University of Toronto’s Citizen Lab shows that WeChat/Weixin implements a ‘One App, Two Systems’ mechanism so that censorship is only targeted at accounts registered to a mainland Chinese phone number. The censorship persists even if account holders later link the account to an international number.

Perhaps motivated by similar concerns, ByteDance, the parent company of the short video sharing applications TikTok and Douyin, has decided to completely separate the two applications, leaving TikTok only accessible outside China and Douyin only available in Chinese app stores.

How effective is China’s system of information control?

Despite the broad and still expanding legal framework, the actual implementation of China’s information control is neither monolithic nor consistent. While the Chinese government is increasingly adept at managing and using new media and advanced technologies to its advantage, it also relies heavily on private companies to carry out government directives on a daily basis.

The system is effective overall, but it has also led to the classic principal-agent problem, where the agents responsible for taking actions on behalf of the principal are motivated to act in their own best interests, even when these interests contradict those of the principal. In the case of China’s system of online control, the agents (private companies) sometimes take advantage of and defy the principal (the government) due to their own commercial interests.

Studies of chat apps, blogs, search engines and live streaming apps in China have consistently found variance in how companies implement censorship. In our analysis of over 200 games and more than 180,000 blacklisted keywords, my colleagues and I found that the only consistent predictors of keyword list similarity were whether the games shared the same publishers and developers rather than whether they were regulated by the same municipality. In other words, those making the game exercised a degree of control over what content to censor.

In some cases, internet platforms were found to censor the names of their competitors, presumably to prevent users from being lured away from the provider’s platform. Moreover, a database of leaked censorship directives from Sina Weibo, China’s Twitter-like service, shows that the platform at times disobeyed government directives and allowed sensitive content to be accessible on Weibo in order to retain users.

Censorship in China and beyond

Chinese social media censorship is often framed as a top-down monolithic system of control which enables the government to target undesirable content precisely. In the past few years, we have indeed witnessed the Chinese government’s efforts to tighten its grip on the internet and other new media and to centralise control, which was previously distributed widely across several government bureaucracies. China has also increasingly been pushing for its model of internet governance to be adopted internationally.

However, as the evidence shows, the Chinese government’s system of delegating control to private companies often results in inconsistent outcomes. With a growing number of countries – both authoritarian and democratic regimes – considering adopting China’s internet governance practices, it is important to analyse these practices from a high-level perspective and to assess their actual capacities on the basis of technical evidence.

Lotus Ruan is a researcher at the University of Toronto’s Citizen Lab. Her research focuses on the interplay between the state and private companies in terms of internet management and innovation in the digital age with an area focus on China. She frequently writes about Chinese politics for different media outlets and on her blog.

Indonesia: The Belt and Road Initiative and relations with China
Democracy, deliberation and the state of Tamil Nadu