Democracy, deliberation and the state of Tamil Nadu 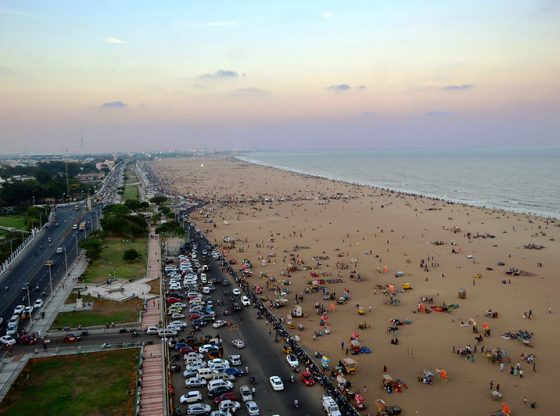 The Government of India abrogated Article 370 of the Indian Constitution, which accorded special status to the state of Jammu and Kashmir, and bifurcated the state into two Union Territories (UTs) in early August 2019 by passing a statutory resolution for the former and a bill for the latter in the Indian parliament. The move problematised many of the constituent components of Indian-ness, such as constitutionality, liberty, federalism and compassion, to name a few.

We should make it clear right from the start that, along with the nation, we believe that the state of Jammu and Kashmir is an integral part of India and that the government of the day has the authority to pass bills within the framework and spirit of the constitution and the rulings of the Supreme Court of India where required. In other words, our aim here is to contribute to the debates currently being led by the opposition parties in India around the government’s methods and the resultant consequences, thereby situating our contribution within a discussion in consonance with the spirit of democratic values per se.

Recently, at the annual meeting of the International Society of Political Psychologists in Lisbon, Professor Shawn Rosenberg presented a paper portending the fall of democratic governance in established democracies. The arguments were based on psychological research and observations of political developments across the world over recent decades. While we do not entirely agree with the paper or the perspective it takes, three points that were raised are pertinent and warrant discussion.

First, the influence of bias on people’s thinking in a deep-seated and at times imperceptible manner. Second, the emergence of right-wing populism, where the leaders tend to cite facile reasons for and offer simplistic solutions to the complex issues confronting diverse societies. And third, the idea of democracy is a continuous and complex process which requires a committed effort from society for it to be maintained. We attempt to address these three points using aspects of the Dravida Munnetra Kazhagam’s (DMK) protest in relation to the Kashmir issue as a case study.

The Curious Case of Tamil Nadu

In contrast to the responses received by most of the political representatives who opposed the government’s move in August 2019, the Members of Parliament (MPs) for the DMK-led alliance from Tamil Nadu had the support of a majority of the people in their state. Their mandate was quite clear, since the alliance secured 37 out of 38* seats in the Lok Sabha (House of the People) in India’s general election held in April and May 2019. This electoral success had come after a crushing defeat in the previous election in 2014, which is a common occurrence in Tamil Nadu.

There were various questions and debates concerning the party’s stand on the Kashmir issue, but there were few instances of people being tagged with defamatory labels. More importantly, such labelling as did occur was not the action of everybody who supported the government’s move, but only of right-wing Hindu organisations and parties.

During the debate which followed, the DMK, through Siva, opposed the resolution to abrogate Article 370. Their intervention addressed two aspects of the resolution. First, its non-adherence to the spirit of the constitution, which was done by citing a clause contained within the article. Second, its non-congruence with the judgement of the Supreme Court of India in 1968, which was then reiterated in 2016 and 2018. Simply put, the central idea of Siva’s intervention revolved around an appeal to consult with stakeholders. The DMK’s opposition to the resolution and the bill was taken forward in the Lok Sabha the following day.

The eventual smooth passage of both the resolution and bill through both houses led the DMK to explore other forms of democratic protest, such as an all-party meeting in Tamil Nadu, press releases, and the call for an all-party protest in New Delhi on 22 August. The substance of their opposition shifted to that of upholding the rights of citizens, the rights of the state of Jammu and Kashmir, and the release of the mainstream Kashmiri political leaders.

Many others from a wide range of fields including journalism, the arts, cinema and women’s empowerment have also expressed their personal solidarity with the state of affairs in Kashmir, while a few have supported the government’s move. However, aside from these discussions across multiple fora, another striking move by the DMK has been to join with the opposition parties in a visit to Jammu and Kashmir to meet the people there after claims of a return to normality by the government.

One can safely assume that the DMK would not make such a move without knowing it had the support of the people of the state of Tamil Nadu. If that is the case, it makes one wonder whether this inclination to support Kashmir is a new one. While there are many instances in the late twentieth century, which attest to the party’s continued solidarity with the people of the state, the party’s stance on the violence in Jammu and Kashmir in 2016 serves as an apt example from recent times for the millennials.

Taking part in a Short Duration Discussion held during the monsoon session of 2016, after expressing his anguish over the BJP’s allusions to the possible abrogation of Article 370, Siva remarked:

“…Sir, we have to re-assure in this situation that no force on the earth can take away the special status provided to Kashmir… Even Shri Atal Bihari Vajpayee initiated to hold talks with Kashmir. It is not only within the framework of the Constitution, it should also be within the framework of humanity… Kindly don’t resort to force… We have to win the hearts and the minds of the people in Kashmir…”

So why are the people of Tamil Nadu responding differently to the government’s recent abrogation of Article 370, compared to a good majority of people in other parts of the country? Broadly seen, it could be due to historical differences in the way politics has developed in the southern Indian states compared to the rest of the country. For Tamil Nadu specifically, the reasons could be located in the nature of the Dravidian movement itself, which emerged as a collective expression of the socio-cultural grievances of the backward and depressed sections of society.

The politicisation of the subaltern was spearheaded by socially themed plays and movies, evocative letters to the people and a reinvigorated style of public speaking that used references from the Sangam literature, reminding the common man of a golden past and promising an equitable future. It saw the emergence of grassroots level socio-political institutions like reading rooms and workshops, and the transmogrification of cycle-repair shops, barber shops and roadside tea stalls into informal discussion forums.

This led to the gradual coalescence of a socio-political temperament in the post-Independence period, which stemmed from a distinct and inclusive identity that accommodated the aspirations of all sections of society.

It is worth taking a look at this observation by Joseph Elder, a political scientist from the University of Wisconsin, drawing a comparison between Madras (as Tamil Nadu was known at the time) and Uttar Pradesh during the 1962 elections. He remarked:

“In the 1962 elections, the platforms of the major U.P political parties – the Jana Sangh, Praja Socialists, Lohia Socialists and the Congress – differed only in minor detail. As a matter of fact, the platforms were of such little significance …that it was difficult to find any copies of the platform – even at party headquarters. In short, in contrast to Madras State with its frequent mass rallies and its broad spectrum of issues included in the political platforms, especially that of DMK, the level of activity and the spectrum of issues handled by U.P. political parties were limited and unexciting.”

In other words, Tamil Nadu has a history of a vibrant political culture rooted in dialogue around a host of issues including federalism, social justice, equity and constitutionality. This political culture meant that people had an understanding of social complexity and were resistant to simplistic solutions that often made matters worse.

Democracy might not be easy, but it does provide the greatest opportunity for the people to express themselves and for political parties to garner support. In a diverse society, with multiple and at times competing interests, the resultant matrix is both complex and layered.

Taking a cyclical perspective, the prevalence of such a complex matrix over a long period tends to constrict the space for fostering diversity, leading to the push for an either/or culture. At this juncture we, therefore, have two choices: do we wait for the cycle to play itself out to the full, or do we intervene now to foster the development of an inclusive temperament in people’s minds so that they will be open to nuance?

Jeyannathann Karunanithi is a political analyst based in Chennai. He tweets @Jeyanbiomimic

*As of 5 August 2019, elections had been held for 38 out of 39 seats in Tamil Nadu. With the results of the election for the Vellore constituency also in, the tally for the DMK-led alliance currently stands at 38 out of 39 seats.

Regulation of the internet in China: An explainer
Line of Control: If the red line is crossed