Bearing the burden: The cost of the Reko Diq (Balochistan) disaster

Home /Asia/South Asia/Pakistan/Bearing the burden: The cost of the Reko Diq (Balochistan) disaster 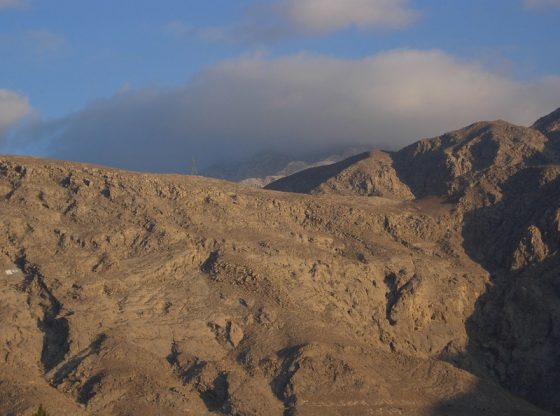 On 13 July 2019, Balochistan was in the news again. This time it was for the damages awarded to the Tethyan Copper Company (TCC) in the Reko Diq gold mine case. After seven years of litigation, the International Court of Settlement of Investment Disputes (ICSID) announced that the provincial government of Balochistan must pay USD5.9 billion to TCC in damages for violation of its agreements. This was a shocking development because the amount of damages is nearly equal to the bailout given to the country’s federal government by the IMF, and is twice the size of Balochistan’s current budget.

Balochistan’s government has no reserves and is in no position to pay this fine. However, there is no way to avoid the fine either. Neither the provincial government of Balochistan nor the federal government of Pakistan can appeal against this decision. They can file for a review of the size of the damages, which could buy them some time, but payment is inevitable.

The story of gross mismanagement in regard to the Reko Diq gold mine begins in July 1993. Back then, the government of Balochistan signed the Chagai Hill Exploration Joint Venture Agreement (CHEJVA) with Broken Hill Properties Minerals (BHPM), the forerunner of TCC. This agreement provided BHPM with the rights to explore the mine and determine the value of the gold reserves.

Later, BHMP sold the rights of Reko Diq to TCC. In February 2011, TCC submitted an application to the government of Balochistan seeking a mining licence after it had carried out a feasibility study under an exploration licence. During this period, a media campaign was launched against TCC. Without any substantial evidence, it was claimed that the Reko Diq gold reserves were valued at over USD260 billion and could be worth USD1 trillion by the time they were extracted.

Against this backdrop, the government of Balochistan rejected TCC’s application. TCC then filed an appeal against the Balochistan government’s decision in both the ICSID and the Supreme Court of Pakistan. The latter rejected TCC’s appeal in 2013 with Iftikhar Chaudhry in the chair. The ICSID ultimately decided the case in favour of TCC in 2017 and announced the fine this month.

There are multiple factors behind the current debacle of a natural resource turning into a source of disaster for Balochistan, not least the incompetence of Balochistan’s governments over the last three decades. Most at fault is the caretaker government of Balochistan in 1993, which signed the parent agreement. A caretaker government should not have signed such an agreement in the first place because it is not in its mandate to so. The signing of the agreement marked the beginning of this disaster, and for the next 18 years successive governments in Balochistan completely ignored the case until it began to receive media attention.

The Reko Diq disaster has become a prime example of how natural resources can become a curse if the governments handling them are incompetent and/or corrupt. Reko Diq was supposed to change the fortunes of Balochistan. However, thanks to the ICSID decision, Reko Diq is going to make the Balochistan government bankrupt. Until this matter is settled, no foreign company will invest in the natural resources of the province. This means that the Reko Diq disaster will not only result in financial constraints for the Balochistan government, but it will become a major obstacle for any future investment as well.

In order to assign responsibility for the Reko Diq disaster, Pakistan’s Prime Minister Imran Khan has a set up a commission. This will prove to be nothing but a futile exercise and will be used to kill time while the issue is still hot. Commissions in Pakistan do not have a good history when it comes to revealing facts or pinning responsibility on people.

There are two possible ways for Balochistan to deal with this fiasco. First, it could start direct negotiations with TCC, which has signalled its willingness to renegotiate the matter. The provincial government should take advantage of this opportunity. It might have to give some concessions to TCC in order to avoid payment of the USD5.9 billion fine, but despite this, the government could still ask for a sizable share of the revenues from the Reko Diq gold mine. TCC could possibly agree to this arrangement since it will nonetheless still make huge profits from the venture.

The second solution involves handing over the Reko Diq project either to China or Saudi Arabia. Pakistan could ask either of these countries to pay the damages to TCC and in return that country would be given the mining licence for Reko Diq for a fixed number of years. This seems to be a straightforward solution but it will result in depriving Balochistan of ownership and control of the mine for the next few decades. By the time Balochistan regains control of Reko Diq, there might not be much gold left to mine.

Balochistan’s government must ensure complete transparency in all matters relating to the Reko Diq case. All developments relating to Reko Diq must be shared in the provincial assembly and no decision should be taken without taking the assembly into full confidence. This transparency will ensure that no government official can cause harm amounting to billions of dollars to the government of Balochistan in return for undue personal gain. In fact, the Reko Diq disaster could be used as a perfect case by the government of Balochistan to begin the process of introspection into its flawed system.

Adnan Aamir is a journalist and researcher based in Pakistan. He has written for Nikkei Asian Review, Financial Times, South China Morning Post, The News and Asia Times, among others.

Line of Control: If the red line is crossed
China’s religion problem: Why the Chinese Communist Party views religious belief as a threat