Setting the stage for race baiting in Malaysia 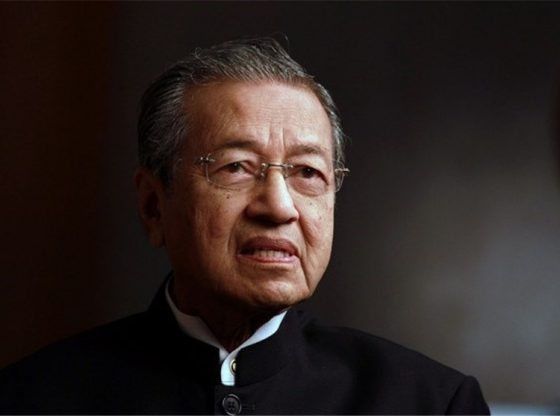 ‘The overriding fear among non-Muslims in Malaysia now is that the UMNO/PAS charter normalises hate speech towards minorities. This charter sends a powerful message to religious right-wing groups in Malaysia that it is open season on non-Malays. The charter’s message seems to be this: Malaysia is for Malays and Muslims only.’

I did not expect my prediction to come true so quickly. On Sunday 6 October, at the Malay Dignity Congress (MDC), the main organiser Professor Zainal Kling said in his opening speech that Malaysia is for the Malays and those who oppose (read non-Malays) the ‘social contract’ and Islam’s position as the official religion have to be fought against. He even threatened non-Malays that if they oppose the ‘social contract’ then the Malays should suspend it; i.e. suspend citizenship for non-Malays. In some countries, his entire speech would probably fall under the umbrella of hate speech.

The message is loud and clear: non-Malays who wish to call themselves Malaysians must subscribe to the ideology of Ketuanan Melayu and thus accept their lot as second-class citizens.

The social contract Zainal was referring to is the supposed quid pro quo agreed during the negotiations leading to Malaya’s independence in 1957. According to this version, the non-Malay leaders in the Malayan Alliance agreed to the principle of Ketuanan Melayu (Malay supremacy) in return for citizenship for the non-Malay population.

Reputable historians of Malaya do not have a consensus on this issue. There are no historical records or official papers to show that the non-Malay Alliance leaders explicitly agreed to Malay supremacy forever in return for citizenship. Private papers of the leaders who were at the negotiating table are crystal clear, however, that there was no explicit notion of Malay supremacy in perpetuity.

Moreover, the term ‘social contract’ was not even used during the negotiations in the 1950s. Its first usage was in 1986, when Abdullah Ahmad, former political secretary to Tun Razak, Malaysia’s second Prime Minister, gave a speech in Singapore in which he said the following:

‘The political system of Malay dominance was born out of the sacrosanct social contract which preceded national independence. Let us never forget that in the Malaysian political system the Malay position must be preserved and that Malay expectations must be met.’

Despite doubt surrounding its origins, the term ‘social contract’ is now widely used in Malaysia, and the common understanding of the social contract is Ketuanan Melayu= citizenship for non-Malays. In other words, equal citizenship will never be available to the non-Malay population, not now and not ever. The idea of the social contract is used every time Malay politicians want to defend discriminatory policies against non-Malays. In other words, the present non-Malay generation must pay for the sins of their forefathers.

Although media attention focused upon Zainal’s speech, the real significance of the Malay Dignity Congress was not what was said, but who was sitting in the front row. The top leadership of all the Malay-majority parties were present, from PAS, UMNO and the People’s Justice Party (PKR) to the Malaysian United Indigenous Party (PPBM). Countless Islamic non-governmental organisations (NGOs) were also represented, and all of the politically influential religious leaders were present, including the outspoken Mufti of Perlis.

Four Malaysian universities, including Universiti Malaya (UM), the most prestigious university in the country, were listed as co-organisers, with the Vice-Chancellor of UM giving a speech which warned non-Malays not to challenge the social contract.

The keynote speech was given by Prime Minister Mahathir Mohamad himself, leader of the PPBM. A picture posted on the wall of Mahathir’s Facebook account shows all the leaders holding their hands in unity. The only party leader missing was Anwar Ibrahim, leader of the PKR. He was missing from the event because he was not invited; the invitation went to his deputy Azmin Ali instead. This was an open snub by the right-wing Malay establishment, indicating that they do not want Anwar to be the next prime minister.

The fact that all of the key Malay politicians, from both the government and the opposition, were willing to attend the gathering despite knowing its clear agenda of promoting Malay supremacy – and thus institutional racism against non-Malays – suggests without doubt that the UMNO/PAS pact signed in September had the desired effect of openly pitting Malays against non-Malays. It is testing the waters for the notion that Malaysia can be ruled by the Malays alone with no input from non-Malays. The message is loud and clear: non-Malays who wish to call themselves Malaysians must subscribe to the ideology of Ketuanan Melayu and thus accept their lot as second-class citizens.

What was even more incredible was that the MDC event was held at the same time that members of Malaysia’s ruling alliance, the Pakatan Harapan (PH, Alliance of Hope) were holding a retreat at a hotel less than 10km away. Among those taking part in the retreat were the Chinese-based Democratic Action Party (DAP) and the Parti Warisan Sabah, a multiracial party from Sabah.

I’m trying to imagine what the DAP and Parti Warisan Members of Parliament (MPs) were thinking when they saw Mahathir and Azmin Ali holding hands with top leaders from UMNO and PAS and other right-wing Malay groups, while the official PH government policy is one of shared prosperity and inclusion. In fact, just 24 hours earlier, Mahathir launched the Shared Prosperity Vision (SPV) 2030, promising national unity and to narrow the country’s inter-ethnic income gap to below 10 per cent by 2030.

The situation in East Malaysia

While many non-Malays expected DAP leaders to react immediately to the openly racist MDC proceedings, it was actually the statement by Darrell Leiking, the Deputy President of Parti Warisan, that lit up social media. Leiking was the first senior non-Malay leader to call out the MDC for blaming non-Malays every time the Malays need a scapegoat for the community’s problems. He also reminded everyone that ‘Malaysia for the Malays’ would mean that the natives of Sabah and Sarawak were left out in the cold as well.

The only senior DAP member who immediately reacted to the MDC was P. Ramasamy, Deputy Chief Minister of Penang state, who accused Zainal Kling of race baiting. The top leadership of DAP has kept completely silent on this issue, suggesting that they know any statements by them will lead to more racist taunts from right-wing Malay groups.

However, this silence reinforces the perception that DAP is now acting just like the Malaysian Chinese Association (MCA) used to do during the previous regime of the Barisan Nasional (National Coalition) led by UMNO. The MCA was routinely accused of being a ‘running dog’ for not standing up to UMNO’s racist utterances against non-Malays.

One could make the argument that Mahathir had to attend the MDC in order to show the Malay polity that he was protecting Malay interests and to under-cut the PAS/UMNO narrative that the Malays are being marginalised under the current PH administration. In fact, many people in Kuala Lumpur are saying that the ‘silent’ organiser of the MDC is actually Mahathir’s own party, the PPBM. Consequently, the real purpose of the MDC is to under-cut the pact between PAS and UMNO.

Others argue that the MDC is part of a larger plan to reset the PH administration. According to this line of reasoning, the purpose of the MDC is to keep the pressure on PH to retain Mahathir as leader and prevent a leadership transition to Anwar Ibrahim. The end game is to keep the post of prime minister in the hands of the PPBM while marginalising the PKR and the DAP. ‘Malay pressure’ will also prevent DAP from advancing its political agenda and split the PKR. PPBM will take in defectors from all parties, and by the time of the next election, PPBM will dominate PH just as UMNO once dominated BN. In other words, Mahathir will have come full circle.

The school of realpolitik says that PH must win a second term in 2023 to carry out real reforms. Real reforms will not be possible if PH loses in the next general elections. It is the Malay polity which will decide who will be the winner in 2023, and the scare tactic employed by PAS/UMNO is gaining traction in the heavily Malay-populated rural areas. If Mahathir, PPBM, PKR and Amanah (the fourth component party of the PH) do not use the racial rhetoric, they will lose the Malay ground overnight.

The counter argument is simple. Once you let the genie of hate speech and race baiting out of the bottle, it is not possible to put it back in. There are a lot of impressionable young Malays in the community who have become indoctrinated by the racist ideology. The MDC has not only reinforced these beliefs but, far more dangerously, it has co-opted Malay leaders from across the spectrum into telling the racists that their beliefs are vindicated. This slippery slope leads to one destination only: that of Malay fascism.

That is the ultimate Malaysian tragedy.

Professor James Chin is the inaugural Director of the Asia Institute Tasmania, University of Tasmania. He is an expert on governance issues in Southeast Asia, especially Malaysia, Indonesia and Singapore. He also works on island states in the South Pacific. His views are regularly sought by major news agencies around the world, including The New York Times, the Financial Times, BBC World TV, CNBC and Bloomberg.

China’s religion problem: Why the Chinese Communist Party views religious belief as a threat
Pyongyang’s cycle of provocation and negotiation: A dispassionate analysis