Pyongyang’s cycle of provocation and negotiation: A dispassionate analysis 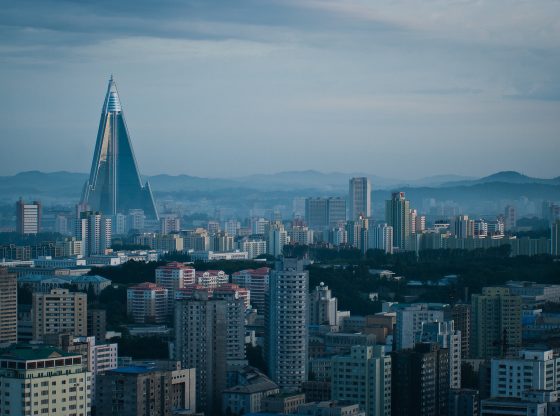 In a recent commentary entitled ‘Handshakes and Missiles: Mixed Signals from North Korea’, we recognised the existence of North Korea’s unorthodox negotiation style, which oscillates between coercion and conciliation. However, even though both Washington and Seoul appear willing to tolerate a certain amount of regime aggrandisement from Pyongyang in the form of several short-range missile launches over the past few months, North Korea should be careful not to take its game of brinksmanship too far.

Unfortunately, North Korea’s Chairman Kim Jong-un has seen fit to push the envelope of American and South Korean patience by testing a submarine-launched ballistic missile (SLBM) on 2 October 2019. While the missile flew 450km on a lofted trajectory, a gentler angle of launch could have seen it travel up to 1900km, putting all of Japan and South Korea within its range.

This SLBM has been dubbed by the Democratic People’s Republic of Korea (DPRK) as the Pukguksong-3, and its potential range establishes it as a medium-range missile, a significantly greater threat and provocation than the slew of short-range projectiles/missiles the DPRK fired earlier. But before anyone panics, it would be salient to dispassionately analyse the military implications of this development, before rationally examining its political impact.

While Pyongyang’s Pukguksong-3 test has not substantially changed the military status quo, it has gained North Korea some leverage in its bilateral negotiations with the US

Pukguksong-3 and the practical military implications

Notwithstanding the widely held assertion that North Korea is able to field nuclear warheads small enough to be borne by missiles, and that the Pukguksong-3 is thus a nuclear-capable missile, the fact remains that shorter range SLBMs are only as effective as the submarines that carry them. In order to serve as a ‘second strike’ deterrent, where sea-borne retaliatory missile strikes can be carried out even if all land-based nuclear weapons are destroyed and aircraft carrying nuclear warheads are shot down, submarines loaded with ballistic missiles must be capable of sailing out into the open seas undetected, and have the necessary stealth and endurance to approach close enough to critical targets to unleash their SLBMs.

The submariners of the Korean People’s Navy (KPN) certainly have their job cut out for them if they wish to sail their ballistic-missile-carrying submarines out of North Korean waters into the open seas so as to maximise their missile-firing locations and options for evasive survival. Whether the submarines are based on the DPRK’s east coast at the Mayang-do naval base in Sinpo, for example, or on the west coast at Pip’a-got naval base, they face the impressive anti-submarine warfare (ASW) capabilities of either the US Navy (USN), based in Japan to the east, or the South Korean Navy (ROKN) in the west.

While the submarine-hunting capabilities of the USN need no elaboration, it should be noted that South Korea also possesses regionally formidable ASW capabilities. The recent introduction of the Daegu class ASW frigates underscores the challenge that the KPN’s submarines face.

Even if the KPN’s ballistic missile submarines manage to make it past the USN’s and ROKN’s ASW containment lines, the issue of approaching assigned targets to maximise SLBM effectiveness still remains. According to informed analysis, the DPRK’s ‘new’ missile submarines are modified old submarines assembled in the 1970s, based on the Project 633 class submarines of the former USSR which were developed in the 1950s and early 1960s.

Hence Chairman Kim’s submersible nuclear deterrence platform is quite possibly worn out, most certainly obsolete, and by today’s standards easy to detect due to its noisy nature (submarines are detected via acoustic means). Moreover, it is highly probable that the installation of SLBM launch tubes, which this type of submarine was never meant to accommodate, came at the expense of battery capacity. This limits the length of time that these submarines can stay submerged (since their diesel engines cannot function underwater) and hence increases the likelihood that these submarines would be detected and sunk before they could deploy their missiles.

With all these operational caveats in mind, it can be argued that Pyongyang’s Pukguksong-3 test and even its subsequent operational deployment does not substantially change the military status quo. We should therefore ask whether there could be a political impetus behind this antagonistic SLBM test.

This launch can therefore be viewed as an attempt by North Korea to push the boundaries and test the limits of what President Trump considers permissible behaviour. Thus far, there has been no condemnation by the American President of the DPRK’s latest SLBM launch. This might be because he did not wish to jeopardise the resumption of the working-level talks in Sweden.

Although those talks have now taken place, no agreement emerged from them. With the focus of Washington’s policymakers now fixed on ensuring the success of future bilateral negotiations, it seems unlikely that the US will use much of its bandwidth in pursuing North Korea’s violation of UN Security Council resolutions, which forbid any ballistic missile launches by the DPRK.

As such, another precedent has been set in which any firing of medium-range ballistic missiles by North Korea is unlikely to be condemned by President Trump outright, as he does not want to risk a halt in bilateral negotiations between America and North Korea. In short, North Korea has once again shown how it is able to get its way in another negotiating masterclass, outwitting the US and putting it in a corner while the DPRK is able to negotiate from a position of strength.

A continuing cycle of provocation and negotiation

While Pyongyang’s Pukguksong-3 SLBM test has not substantially changed the military status quo, it has gained North Korea some leverage in its bilateral negotiations with the US by shrewdly capitalising on President Trump’s desire to clinch a landmark denuclearisation roadmap deal with the DPRK. While no agreement came out of the recent working-level negotiations in Sweden, North Korea’s reading of the meeting clearly indicates that it is willing to continue negotiations, provided the US comes to the talks with ‘a new method’ and ‘creative solution’ by the end of the year.

It is likely that we will continue to see Pyongyang engage in a cycle of provocation and negotiation over the coming months, with further ballistic missile launches as it seeks to squeeze every possible concession out of President Trump, who is increasingly in need of a foreign policy victory given his bid for re-election and the impeachment enquiry back home.

Liang Tuang Nah, PhD is a Research Fellow at the Institute of Defence and Strategic Studies (IDSS), a constituent unit of the S. Rajaratnam School of International Studies (RSIS), Nanyang Technological University, Singapore.

Shawn Ho is an Associate Research Fellow in the Regional Security Architecture Programme of IDSS, RSIS.

Setting the stage for race baiting in Malaysia
Cold War 2.0