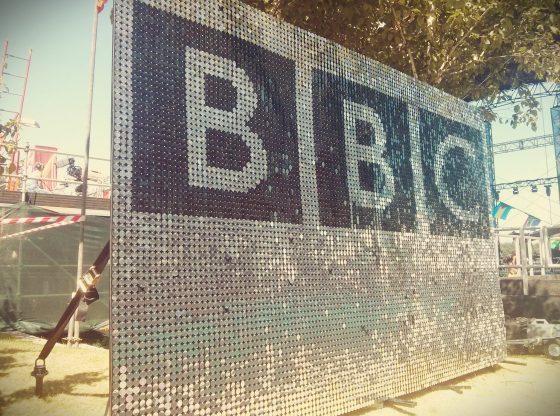 The rise of China is unsettling for many in the West. For one thing, a self-confident and prosperous China has a profound impact on the extant global order and could potentially trigger more conflicts as it pursues its national interests. We seem to be living in strange times, with the General Secretary of the Chinese Communist Party defending globalisation at the meeting of the World Economic Forum in Davos, while the American President adopts a protectionist policy to ‘make America great again’.

As China rolls out its ambitious plan for One Belt One Road (OBOR) – also known as the Belt and Road Initiative (BRI) – with its strategic focus on building infrastructure projects, the roads and public services in many developed countries are deteriorating due to a lack of funding for their maintenance. For the US and its allies, the China threat needs to be contained through more confrontational policies. The ongoing US-China trade war and the recent sanctions placed on the Chinese technology company Huawei by the governments of the United States, Australia and Japan are all cases in point.

What are the implications of a strong and assertive China for both the developed and developing worlds?

On the other hand, the trajectory of China’s development does not have a ready-made explanation and causes significant cognitive dissonance for those who thought history had ended with the collapse of the Soviet Union. Hence those working in the realm of ‘soft power’ – in academia or the media, for example – face the equally challenging task of making sense of the China problem.

How to explain the flourishing of a market economy under the rule of a Communist party? How to understand the relationship between Chinese society and the authoritarian one-party state? What are the implications of a strong and assertive China for both the developed and developing worlds? These are all hugely complex issues that defy simple answers. Yet at a time of heightened geopolitical tensions, a simplistic and sensationalist narrative is often what the mass media, even the most reputable outlets, tend to provide. A recent BBC documentary series entitled China: A New World Order is one such example.

The three episodes of the series cover the most predictable topics, namely China’s human rights violations, Chinese foreign policy and foreign investment, and Chinese espionage which steals the intellectual property of the West. The storyline of each episode is equally predictable, echoing the familiar tune of the Cold War – only with the People’s Republic of China (PRC) replacing the Soviet Union as the biggest threat to the Free World.

Among the dozens of interviewees that appear throughout the series, two Chinese academics – one from Beijing and the other based in London – serve as the token figures which offer dissenting views. This arrangement enables the producers to claim neutrality and objectivity while keeping the dominant argument intact.

The documentary has been put together in a hasty manner, with a heavy reliance on snippets of existing news reports and comments from the journalists who wrote those reports. There is little effort to corroborate the accounts of many of the incidents factually.

For example, the first episode frames Chinese President Xi Jinping’s anti-corruption campaign entirely from the perspective of human rights abuses. It reports on the forced confession and alleged wrongful conviction of a low-level official. However, the account of this is provided only from the perspective of the official’s wife, who speaks fluent English and had been living abroad for years with their daughter before the corruption case was brought forward.

The logic of reasoning in the programmes is not always clear either. The second episode discusses two of the infrastructural projects in Sri Lanka funded by China as part of the OBOR initiative. It points out that both the new airport and the new seaport have been empty since the building work finished. Commentators interviewed for the programme suggest that both of these are vanity projects authorised by the former President Rajapaksa and neither is commercially viable.

Just as the audience wonders why the Chinese government should be held responsible for the political corruption in the countries it invests in, the voiceover turns to the new leasing agreement signed by the current President of Sri Lanka, ending the story with the statement that ‘China now has its own port on one of the world’s most important trade routes’. Wait a second, didn’t the experts just say the port does not have much commercial value?

The third episode is not necessarily any better. Dubbing the Chinese theft of Western technology and business secrets as ‘the largest transfer of wealth in human history’, the BBC seems to be conveniently oblivious to the colonial history of the British Empire. Using the word ‘steal’ many times, the programme does not actually provide any rigorous evidence for any of the allegations.

What is particularly noticeable, although not really unique to this episode, is how the narrative is almost completely aligned with the interests of the US. The espionage activities reported here are all against the US, just as most of the commentators are Americans, despite the fact that the UK and the US do not always make the same assessment with regard to the threat posed by Chinese technology companies.

One possible explanation for the predominantly American perspective evident throughout the whole series, given its timing, is that British politicians and pundits have been too preoccupied with Brexit to comment on China. But there might be a deeper reason too that has nothing to do with who happens to be available for interview. Ultimately, it comes down to the editorial decisions made by the production team. The professional code followed by the BBC may not transcend its political and ideological allegiances after all.