A most dangerous interaction effect in India 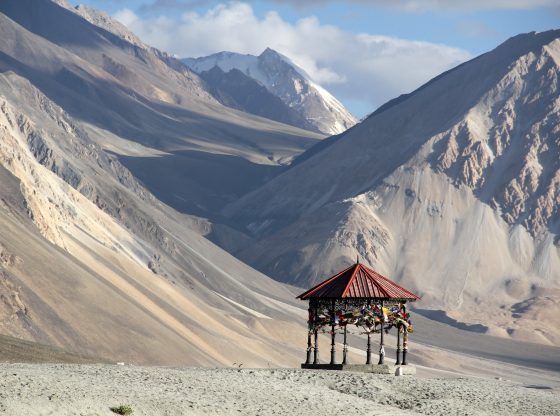 What threatens India’s democracy the most? The Hindu nationalist wave led by Prime Minister Narendra Modi, or the expansion of the Belt and Road Initiative (BRI) offered by China? The answer is: the threat is greatest when majoritarian nationalists in the two countries join hands together.

Ever since Modi became Prime Minister of India, the quality of Indian democracy has declined. Quantitative measurements make this clear. Some of the most recent of these, presented in the Democracy Report put out by the Varieties of Democracy project, show that the decline of democracy in India is now pushing the global average of democratic performance downwards.

The most important threat to democracy in the region stems from an interaction effect between the BRI on the one hand, and the current policies of Prime Minister Modi on the other

A closer look at the trends reveals that freedom of speech has been curtailed, the ability of non-governmental organisations (NGOs) to operate in India has been undermined, and the Indian nation is being ethnicised. These trends and the reasons for them have been subjected to qualitative in-depth analysis by, among others, Amrita Basu in her 2015 book Violent Conjunctures in Democratic India. If Modi’s policies continue along the same lines as they have done since 2014, then it will soon be time to speak of a crisis of democracy in India.

Developments in 2019 have been particularly unfavourable, as seen by the change in status of Jammu and Kashmir and the efforts by the ruling Bharatiya Janata Party (BJP) to alter the Citizenship Amendment Bill. Indian democracy, it would appear, is facing its most serious threat since Indira Gandhi declared the Emergency in 1975. Moreover, external pressures on India are mounting. One of the most significant of these is China’s BRI, which seems to be pushing India further in the wrong direction, from a democratic point of view.

The BRI is the largest infrastructure project in the world, and it needs no elaborate introduction here. It should be stressed, however, that the BRI is paving the way for a rapid expansion of China’s strategic power beyond its own borders. As far as South Asia is concerned, the outcomes from BRI investments vary greatly.

In Pakistan, the China-Pakistan Economic Corridor (CPEC) has moved forward at a rapid pace, providing transportation infrastructure and energy facilities at a value of around USD 60 billion. And more projects will come, leading to the further integration of Pakistan with China. In Sri Lanka, on the other hand, the Hambantota Port project has been criticised for forcing the country into debt over a harbour which has more strategic value for China than economic value for Sri Lanka.

The BRI certainly serves to broaden China’s sphere of influence, whether or not the projects involved are useful to the countries concerned, and whether or not they are built on sound economic foundations. India, for its part, has been reluctant to accept the invitation to participate (which China extended to ‘everyone’, in President Xi Jinping’s words), and so far it has stayed away from the BRI summits organised by China.

China’s capacities, as revealed by its launch of the BRI, are greatly admired in India, and a sizeable and articulate element in the country favours joining the project. Nonetheless, there is also a great reluctance among Indians to involve themselves too closely with their giant neighbour. The historical roots of this reluctance are several: the war with China in 1962, China’s claim to Arunachal Pradesh, the disputed border areas along the McMahon line, and of course China’s support for Pakistan in the United Nations and in the region generally.

Furthermore, India is engaged in an arms race involving nuclear-equipped missiles, and it would be a mistake to believe that their sole target is Pakistan. A closer look at the range of these missiles makes it clear that China is a major concern. Indeed, after India’s nuclear tests in 1998, the country’s then Defence Minister, George Fernandez of the National Democratic Alliance (NDA), expressed the Indian view quite clearly (perhaps too much so): the country’s most significant enemy, he explained, was not Pakistan, but China.

India still hopes to compete with China economically and to secure access to important natural resources. It is struggling to improve its own infrastructure with projects such as the Sagar Mala initiative, for example. The aim of this initiative is to develop port capacity along India’s coasts, using twice the funds being spent on the CPEC. Nonetheless, the pressure to join hands with China is mounting. If India does so, China will undoubtedly sanction policies that work against Indian democracy, for it sees Western-style democracy as a hindrance to its version of ‘development’.

As a result of the BRI, India finds itself at a crucial crossroads, both literally and metaphorically. For the most part, the debate within the country has been marked by two polar positions: in one scenario, India joins the project and supports China’s expansion, and suffers a significant loss of autonomy thereby. In the other, India continues to resist joining the BRI, but is weakened economically due to its consequent economic isolation.

However, it bears stressing that the most important threat to democracy in the region stems from an interaction effect: between the BRI on the one hand, and the current policies of Prime Minister Modi on the other. Amrita Basu describes how dangerous the situation becomes when extremist Hindu nationalists take office at the local, state and national levels and at the same time.

We may now, therefore, see a similar dynamic come into play – but this time at the international level, if majoritarian nationalists in India and China combine forces. If India decides to side with China, then democracy will certainly be downgraded to about the same level as in the UN’s Agenda 2030; namely, to nothing. But if India opts to resist Chinese influence, at the same time that its economy is slowing down, then Modi will likely resort even more to ethno-nationalist policies to bolster his support domestically. This too will threaten India’s secularism, and thereby its democracy.

If there is to be a third way forward, then India now needs strong support from other actors such as the United States and the European Union. Such support must be made subject to certain conditions, however. The Indian government must be given a strong incentive to refrain from transforming the country into a Hindu Rashtra – a Hindu ethnic state.

How such a strategy can be devised and made effective is hard to say. The EU, for example, has only a limited strategic interest in the region. For a long time, most of the EU’s policies vis-à-vis India have focused solely on Europe’s economic interests. Nonetheless, it is clear that modernisation can be pursued without regard for liberal freedoms, so the question now is: what can be done to put democracy back on the agenda of European policy-makers?

Sten Widmalm is Professor of Political Science at the Department of Government, Uppsala University. He tweets @StenWidmalm

Leave a Reply to Srinivasan A Cancel reply