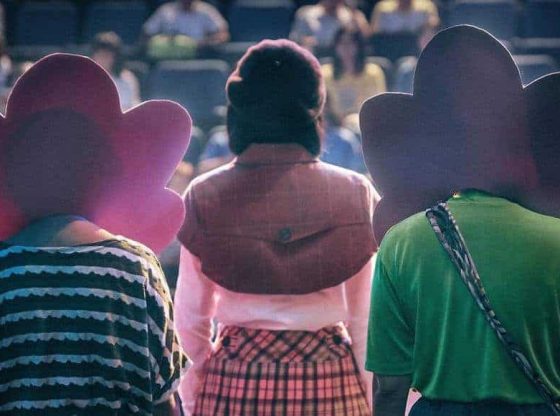 Image Credit: Photo from the film ’Distinction’. All rights by Jevons Au.

Born, raised and educated in Hong Kong, Jevons Au studied filmmaking at the Hong Kong Academy for Performing Arts (HKAPA) School of Film and Television under renowned critic Shu Kei. After graduating from the HKAPA in 2004, Au freelanced for a while and made his own short films. His critically acclaimed breakthrough came in 2015 with the film ‘Dialect’. His latest film, ‘Distinction’, is about children with special educational needs (SEN).

I spoke to Au about his new film and what had inspired him to make it.

I was surprised to learn that ‘Distinction’ was banned from screening in China. Is that true? And if so, do you think the ‘Chinese blacklist’ which so many people talk about actually exists?

There was an offer from a Chinese distributor after we screened ‘Distinction’ at the Taipei Film Festival and the deal was actually done, but a few days later, after they submitted the script to the censorship board, the distributor informed me that because of my involvement they could not screen the film; it had been rejected by the censorship board. I am not sure if that is true or not because I was only informed about it by the distributor. Some other people from within the industry told me that maybe because of the political climate nowadays in Hong Kong and China the distributor did not want to get into trouble and what they said was really just an excuse not to take the film.

Things like that do not happen only in China, but also in Hong Kong, where there have been some incidents. People asked me if I could take my name from the film poster, because they do not want to get into trouble. And also at some events where I was going to be a guest speaker, people told me that the organisers tried to remove me from the guest list because they were afraid they would get into trouble. It is a kind of self-censorship, I guess, done by the people themselves instead of the authorities. But no matter what, it is still the White Terror. So I cannot say if the blacklist really exists or not, but the White Terror and self-censorship definitely do exist.

Why did you decide to shoot a film revolving around children with special educational needs? What is the situation like for these kids in Hong Kong nowadays? Are the difficulties their parents face in the film based on reality?

When I go to the SEN school in Hong Kong, I see and hear the smiles, the laughter, the voices and the energy. I see the students playing and that they are happy and it is a very good environment for their education. The teachers have to tailor their teaching for each one, since every student has different needs.

Across Hong Kong, many students are likely to take the university entrance exams. They are always very concerned about their scores and how well they are achieving the work. They are afraid they will not get into university and that they will fail in their life. And when I go into those schools, everyone is silent. The students don’t play, they just feel very tired.

So I started wondering about the concept of education. Whether the purpose is just to get students to pass the exams and meet the standards, or should it be instead to try and find the strengths of the students and develop these strengths in order for them to be individuals, to be unique. And this is certainly the case with the SEN students.

Also, the episode where a SEN school is trying to put on a musical is based on an actual event where the mentally disabled students and their teachers and parents worked with the ‘mainstream’ students. There was very little media coverage about it; people are not that concerned, it is not a matter of general importance.

The character called Grace seems to highlight the agonies women in Hong Kong face nowadays regarding marriage and children. What is your opinion on this topic, and why do you think Hong Kong is suffering from a falling birth rate?

Actually, many friends of mine worry about this because the cost of living in Hong Kong is very high. Women have a lot of concerns about giving birth in Hong Kong, and that led to my research regarding the character of Grace. Also, at the beginning of the film I show that she is afraid of giving birth because she is afraid of what will happen if the child is mentally disabled.

My opinion regarding the low birth rate is that because it is difficult to live in Hong Kong due to the housing situation, people cannot afford to have their own house. The cost of living is very high and the burden on people in their twenties and thirties is that they also have to take care of their parents, pay the rent, and cover the rest of the significant expenses of living in Hong Kong.

Another reason many people mention for not having children is that they do not want to cause suffering for the next generation, since they believe the future will be even more difficult than it is now; not only regarding the political setting but also the natural environment, the climate, etc. There is a certain amount of hopelessness regarding the future and that is why many people prefer not to have children in Hong Kong.

Panos Kotzathanasis is a film critic and reviewer specialising in Asian cinema. He is the owner of the Asian movie website Asian Movie Pulse.

A most dangerous interaction effect in India
View from Bangladesh