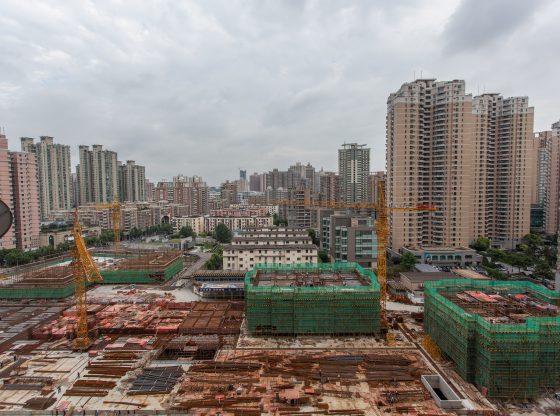 The Belt and Road Initiative (BRI) launched by President Xi Jinping in 2013 has been framed by the Chinese government as a product of China’s benevolence, offering other countries the chance to jump aboard the Chinese development express train. Portraying itself as the magnanimous provider of public goods, China offers friendship and economic development. But the BRI serves first and foremost President Xi’s foreign and domestic policy agenda.

On the foreign policy front, the BRI has served Xi’s big power diplomacy by making China the dominant power in Asia and beyond. With investments and infrastructure projects used both as incentives to garner support and as a means to punish recalcitrant countries, China has enmeshed a large number of countries within a web of BRI projects, making them hesitate to join with the US to challenge China’s core interests.

For example, China’s success in building connectivity to Africa has helped China gain geostrategic leverage over countries far beyond its neighbourhood. China has been successful to such an extent that Taiwan has been left with diplomatic ties to only one small country in Africa. China has also successfully lured Pacific island countries to abandon Taiwan. The appeal of the BRI with easy finance is the primary reason for the steady switch of allegiance by these countries.

The BRI has also served Xi’s big power diplomacy by connecting China with an expansive geographic scope, particularly with emerging economies in Eurasia and Africa. While China’s rapid economic growth in the past decades benefited immensely from the market opening of the US and other developed countries, China’s economy has since faced increasing competition from these same countries. President Trump’s trade war has further limited China’s access to the market in the US and other developed markets.

The BRI has helped China open up emerging markets and offered a new path for China to participate in the international division of labour by building an economic network which is led by China and connecting producers, resources and consumers in East Asia, Central Asia, South Asia and Central and Eastern Europe to sustain China’s development.

China’s economic growth is powered by its massive export-oriented industries and the import of large amounts of intermediate components and raw materials. As the movement of these goods depends on land transportation and maritime shipping, the BRI will create a network of infrastructure to extend China’s economic reach around Eurasia, Africa and beyond by investing in strategically vital transit corridors and seaports.

Building trans-border highways and expressway transportation networks to almost every neighbouring region, China has made progress in the construction of pan-Asian railway networks such as the China-Laos and China-Thailand railways. The BRI also includes direct rail services across Eurasia. Freight express train lines between central China and Europe have linked four major Chinese cities (Chongqing, Zhengzhou, Yiwu and Lianyungang) to the heart of Europe. The rail services are considerably cheaper than air and faster than sea. With generous government subsidies and state media promotion, these rail links have operated as success stories for the BRI.

The BRI has also helped build seaports all over the world to secure reliable shipping lines. In Southeast Asia, China has invested in four key ports in Malaysia (the Melaka gateway, Kuala Linggi Port, Penang Port and Kuantan Port) and expanded the Tanjung Priok, which is Indonesia’s biggest port. In South Asia, China has developed the seaport of Hambantota in Sri Lanka and Gwadar Port in Pakistan.

In the Middle East, Chinese companies have invested in Abu Dhabi ports, taken over management of Israel’s Haifa Port and won a contract to build a port in the Israeli city of Ashdod. In Europe, Chinese companies have constructed a deep port at Arkhangelsk located on Russia’s White Sea coast, and built train lines from Budapest to Belgrade, providing another artery for Chinese goods flowing into Europe through a Chinese-owned port in Greece.

Running from China to the Pacific and the Indian Ocean and then on to the Mediterranean, these projects not only help China control the world’s busiest trade loops, but they also have broader strategic significance. Not wanting to be overly reliant on its transit route from the Gulf through the Malacca Straits between Indonesia and Malaysia under the patrol and surveillance of the US Navy, Beijing has looked for alternative routes to circumvent the ‘Malacca Strait dilemma’. The aim of the China-Pakistan Economic Corridor (CPEC) and China’s investment in the Pakistani port of Gwadar, which is a political bulwark of the BRI, is to circumvent this dilemma.

In addition to the foreign policy agenda, the BRI has served President Xi’s domestic economic and political policy agenda. When Xi announced the BRI in 2013, China’s growth started to stutter, partially because the state-led investment drive that turned China into an economic powerhouse produced an overheated infrastructure sector. As a platform to address its excess capacity and look for a new engine of economic growth, the BRI provides a stimulus package to sustain China’s economic growth by supporting Chinese companies to explore international markets.

President Xi has made state-owned enterprises (SOEs) a priority of his economic development policy. The BRI represents smart branding to provide new vision and direction for SOEs to expand overseas. Taking a centralised approach as an all-encompassing initiative, the BRI has also neatly folded old projects into the new narrative. A number of BRI projects actually began operating before the initiative was announced in September 2013.

For example, one of the projects listed on the official website of the BRI portal, the Sino-Myanmar natural gas pipeline, began operations in July 2013. The building of the first oil pipeline from Kazakhstan to China in 1997 was also wrapped into the BRI. Using its political might, the BRI helps grease the wheels to get deals through faster. Collectively dub­bed as coming under the umbrella of the BRI, these existing and new projects all help to leverage China’s vast reserves of capital, business know-how, engineering expertise and production and construction capacity to help sustain domestic growth.

The BRI also helps President Xi’s policy of containing security threats by stabilising the troublesome western hinterland through economic development in order to narrow the prosperity gap. Land-locked Xinjiang in particular has suffered from Islamic jihadists and separatist activities partially because the region is under-developed. Functioning as the hub of the trade routes towards the Indian Ocean and the Middle East through the port facilities in Pakistan, Xinjiang could attract more investment and trade to create jobs and discourage radicalisation and terrorist recruitment within China’s borders.

Additionally, by enabling Xi to sell his nationalist ideology wrapped in globalist terminology as an expression of newly found pride in the nation’s power and wealth, the BRI demonstrates to a domestic audience that China is a global leader and that all roads lead to Beijing. The blanket coverage in China of the Belt and Road Forums for International Cooperation (BRFICs) showed that all world leaders came to Beijing, and praised the way investments by China were welcomed in other countries, This stirred national pride and solidified Xi’s doctrine of ‘four confidences’ in the path, political system, theories and culture of Chinese socialism.

In a set-piece of imperial pomp, power and benevolence for which the Chinese capital seems designed,  President Xi stood in front of a giant landscape painting entitled This Land is So Rich in Beauty and shook hands with all the heads of state lining up in the Great Hall of the People.

Broadcast live on national television and repeated numerous times in prime-time newscasts, these images encapsulated China’s growing political and economic influence and President Xi’s leadership on the world stage. China was positioned as a benign master, receiving tribute from its neighbours. The BRI reminds the Chinese people of the glory days when China’s imperial reach was at its peak.

Suisheng Zhao is Professor and Director of the Centre for China-US Cooperation at Josef Korbel School of International Studies, University of Denver, and is Editor of the Journal of Contemporary China.

‘Digital colonialism’: why some countries want to take control of their people’s data from Big Tech
Myanmar’s long colonial hangover