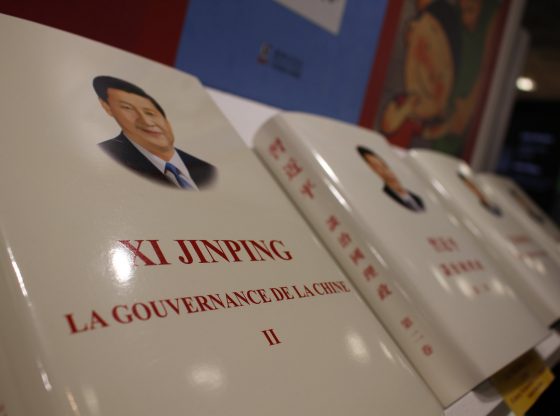 After the 1 October 2019 extravaganza on Beijing’s Tiananmen Square, marking the 70th anniversary of the founding of the People’s Republic of China (PRC), President Xi Jinping is eyeing the next major occasion to celebrate: 1 July 2021, when the Chinese Communist Party (CCP) is 100 years old.  With a timetable of less than two years, will Xi – or indeed China – be able to present more accomplishments and surprises to the world?

The 2021 centenary of the Party and the 2049 centenary of the PRC represent two major milestones in the history of contemporary China.  The official goal for the first centenary date is to turn China into a moderately prosperous society (xiaokang shehui), and the goal for the second centenary is to ensure that China will become a ‘strong, democratic, civilised, harmonious, and modern socialist country’.

It is clearly Xi’s ambition to realise the ‘Chinese dream’ of national rejuvenation by the middle of the twenty-first century.  However, mounting challenges – both internally and externally – lie ahead.

Within the PRC, the economy continues to slide and the annual growth rate may drop to below 6 per cent.  Rising inflation – especially soaring food prices – together with higher unemployment levels resulting from the economic slowdown raise serious concerns about social stability. The government’s response will likely be one of tighter control in the name of ‘weiwen’ (maintaining stability).  Without an appealing ideology or a transparent political process, will nationalism be sufficient to maintain national unity and keep the Party in power?  Will the Chinese middle class continue to tolerate censorship and a lack of political freedom?

China’s ethnic policies are also under attack. Western governments believe that in Xinjiang, around one million Uyghurs have been locked up in concentration-like camps because of their Muslim identity. The Chinese government, however, insists that the Uyghurs need to stay at the training centres to learn professional skills while they distance themselves from terrorist activities or ideologies.

The United States has blacklisted 28 Chinese public security entities and companies allegedly involved in surveillance activities and the detention of minority groups, restricting American companies from doing business with them. The United States has also placed visa restrictions on Chinese officials linked to the abuse of Muslims in the Xinjiang region.

Tibet represents another headache for Beijing.  The 14th Dalai Lama is now 84 years old.  He has repeatedly expressed his desire to return to Tibet.  As he is ageing and his health is declining, the issue of the succession will become acute. Already, the Dalai Lama has indicated that his reincarnation could be a woman, a non-Tibetan, and could be found outside Tibet or China. It is also possible that there will be two new Dalai Lamas: one picked by the Chinese government and the other by Tibetans in exile.

On the periphery of the Mainland, Hong Kong and Taiwan pose unprecedented challenges. Street protests in Hong Kong that started in June have lasted for months and seem unlikely to end soon. Violence by a small group of radical protestors must be condemned, but how will Beijing address a long list of concerns and complaints from ordinary Hongkongers? Trust between the Hong Kong people and the government of the Hong Kong Special Administrative Region (SAR) appears to have all but disappeared.  Can Beijing resuscitate confidence in ‘one country, two systems’ by the people in Hong Kong and elsewhere?

To Beijing’s great disappointment, the Hong Kong protests have injected new life into Tsai Ing-wen’s campaign in Taiwan as well.  Polls carried out since the protests started have shown Tsai leading the Kuomintang (KMT) candidate, Han Kuo-yu, by a significant margin. Barring a major blunder before the election in January 2020, Tsai has a good chance of being re-elected, which will mean four more nightmarish years for Beijing as far as cross-strait relations are concerned.

But even if Han is elected, cross-strait relations will remain volatile, since very few people in Taiwan support the policy of ‘one country, two systems’, and Han has declared that the policy could only be implemented ‘over my dead body’.

Externally, the United States remains the biggest challenge for China’s global ambitions. Very few things unite Democrats and Republicans in America, but being tough on China is one of them. The trade war has hurt both economies, but particularly China’s. Aside from the trade war, structural conflicts between the United States and China associated with the global power transition will be hard to manage. China’s Belt and Road Initiative (BRI) is running into roadblocks as various financial, security and governance issues emerge. China also suffers from a poor international image and lacks the discursive power to present its own story.

The Trump administration has portrayed China as a national security threat, a currency manipulator, a thief of high-tech intellectual property, and a trading partner that engages in unfair trading practices such as forced technology transfers. Despite China’s efforts to ‘tell the China story’, outsiders simply disregard what they call ‘propaganda’. The BRI, which involves over 160 countries and international organisations in investment and infrastructure development, is an opportunity to promote growth in developing countries, but it has been demonised by the United States as China’s ‘debt diplomacy’. It is a tall order for China to win the hearts and minds of people in other countries.

The CCP emphasises ‘four confidences’: confidence in China’s chosen path, political system, guiding theories and culture.  How confident, then, is the Party?  Why does the Party take such draconian measures to maintain tight control and assert itself as the leader of all things?

President Xi enjoys considerable domestic support and has arguably become the most powerful Chinese leader since Mao Zedong. He has the capacity to make things happen. Can he turn China into a truly democratic and respectable country?  Both the Chinese people and the world are watching.

Zhiqun Zhu (PhD) is Professor of Political Science and International Relations at Bucknell University, USA.  He has authored and edited over a dozen books, including most recently A Critical Decade: China’s Foreign Policy (2008–2018).

The end of funerals in China?
The indistinct cartelisation of regional politics in India