The indistinct cartelisation of regional politics in India 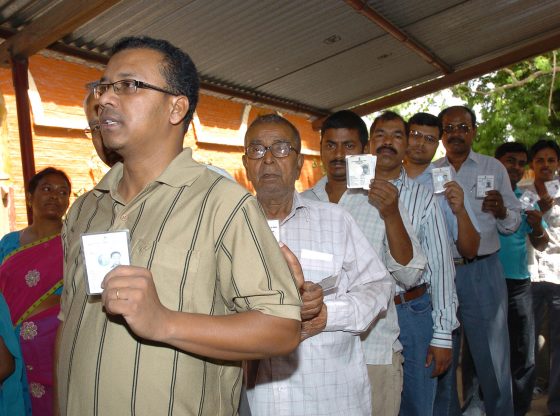 After thirty years of coalition governments in India, an unexpected landslide win by the Bharatiya Janata Party (BJP) in the 2014 national elections sparked a debate about whether this was a black swan movement or whether the Indian polity as a whole had been fundamentally altered. The re-affirmation of that win by the 2019 mandate, and a range of state election results between 2014 and 2019, have ended that debate with the conclusion that the world’s largest democracy has ushered in a ‘fourth phase of the party system’.*

This fourth phase, borrowing from the chronology developed by political scientist Yogendra Yadav, is characterised by the ideological and electoral hegemony of the BJP similar to that once enjoyed by the Congress party between 1952 and 1964. This characterisation comes against the backdrop of the third phase of the electoral system between 1989 and 2014, where political fragmentation was a defining feature.

While political fragmentation and turmoil were the currency of the third electoral system nationally, state politics was facing a counter trend of political consolidation during the same period. This suggests that the concept of ‘electoral systems’, – a near-canonical element in the study of Indian electoral politics – is a very parliament-oriented phenomenon, and that the sub-national polities do not necessarily share the same essential features of these phases. An imperceptible process of cartelisation through merger, co-optation, or defeat of minor players has been at play, which has contributed significantly to this consolidation.

Contrary to the fractured mandates and coalition governments at the national level, the states have witnessed distinct stability during the second half of the third electoral system. Out of the 116 state assembly elections that occurred between 2000 and 2018, 56 per cent of them produced a clear mandate for a single party (defined by 50 per cent of seats or more).**

Two more figures are also interesting. The average number of parties that were successfully able to send representatives to the state legislature has consistently diminished over the period. Similarly, a –  smaller number of independents have been successful in making it to the assembly. In less than two decades, the number of independents has dramatically reduced to nearly one-third, from 205 nationally in 2005 to a paltry 78 in 2018.

This consolidation, however, does not mean that stability has descended on state party politics. The emergence of issue-based parties such as Aam Aadmi Party (AAP) and Telangana Rashtra Samiti (TRS), the penetration of the BJP into newer turfs such as West Bengal, and divisions such as that between the Sikkim Democratic Front/Sikkim Krantikari Morcha (SDF/SKM) in Sikkim and Shiv Sena/Maharashtra Navnirman Sena (MNS) in Maharashtra are all indicators of political flux.

One can hypothesise four factors that operate either independently or collectively to result in this decline of electorally successful party labels and individuals, as follows:

(a) On a positive note, the faith of the general electorate in major parties and party leaders has increased over time, yielding an increasingly favourable vote share that translates into a higher number of seats.

(b) The Indian electorate is becoming increasingly strategic, choosing not to waste their votes on independents and smaller parties who either cannot win or can win but still cannot influence the policy process.

(c) Given that parties can spend indiscriminately during the elections while caps on individual candidates remain, it becomes financially unviable for independents or smaller parties to match the campaign splurge of major parties.

(d) Finally, legislators with a longstanding reputation in their constituencies, whether independents or from minor political parties, are co-opted by major players who offer money, portfolios and positions.

In the fourth electoral system of political unipolarity post-2014, marked by an organisationally atrophied and electorally emaciated Congress party, the trend of political consolidation has intensified. Apart from the shrinking space for minor parties and independents, Indian politics has witnessed an unprecedented tide of defections to the BJP – from Congress, state parties, as well as independents – in several states. Part of this defection spree has been orchestrated by BJP floor managers with all the might at their disposal, and part of it is driven by the aspirations of careerist politicians who wish to abandon their sinking ships. Many nurse fears about the unchecked consolidation of power and money beneath the single political banner of the BJP.

Cartelisation, as a concept in political science, means the imposition of systemic and structural constraints by a few dominant players through collusion or cooperation so as to continue holding power between themselves. Over the years, the electoral and legislative norms are shaped in a way to disfavour minor players.

At the time of elections, thousands of frivolous candidates, sometimes with mala fide intent, register themselves simply in order to make the entire democratic process cumbersome. Political parties are also floated as a channel to launder money. Many times, major parties put up candidates as a part of social engineering, simply to make a dent in the opposition’s voter base by putting up a candidate with the same caste credentials.

From the Supreme Court to the Indian Election Commission, every political institution has seen this as a menace which they have tried to combat. The cartelisation referred to here lies outside this inspection process, however, since it implicitly targets the successful candidates and smaller parties that are catching up with the bigger ones by dominating in a few pockets within a state.

For example, these players are never beneficiaries of ‘big money’; as reports suggest, not a single penny is received by these players via electoral trusts or electoral bonds, the two usual channels of corporate financing. Nor is there any provision of state financing. Hence the survival and success of the minor players and independents depend entirely on individuals and small contributions, which is not enough to take on the political goliaths.

Similarly, following the introduction of Article 39(A) in the Representation of the People Act (2003), national and state parties receive free airtime on the state television broadcaster Doordarshan and All India Radio during elections. The state broadcaster may not be an important platform today, but in the early 2000s, being one of the only free-to-air channels, Doordarshan carried a lot of heft. Even today, in many states such as the Punjab, the state broadcaster is one of the top five most-viewed channels. The rules of the game clearly favour the major players over their smaller counterparts, and even if the latter were to surmount all the odds stacked against them, the law still favours the big fish who wish to devour the others.

To prevent political parties from luring their opponents to join them, an anti-defection law known as the tenth schedule was introduced into the constitution. This act could legally shield the smaller players and independents, were it not marred by loopholes. For example, if two-thirds of the members of the legislative party decide to move to another party, that shall be deemed as a merger rather than a defection en masse, hence saving everyone’s skin. (Before 2003, just one-third was sufficient to do this!) For smaller parties with only a handful of legislators, the greed of a couple of them could, therefore, threaten the party’s very existence.

The dynamics of democracy – at least in India – tend to be defined by the winds of national politics in the form of the two major parties and a handful of regional parties. Beneath such a din, the plight of the torchbearers of grassroots democracy is often overlooked. From campaign finance to the anti-defection law, the net of reform needs to be widened and loopholes plugged so as to prevent any undemocratic consolidation through the cartelisation of Indian politics.

Chirayu Thakkar has completed his master’s in modern South Asian Studies from the University of Oxford. He tweets @ThakkarChirayu

*Other scholars have identified the period between 1999 and 2014 as the fourth phase, wherein two effective coalitions commanded a majority alternately. For these scholars, the phase post-2014 then becomes the fifth phase of the Indian party system.

**If one counts those elections where a single party was short of a majority by a sliver, this percentage would be much higher.