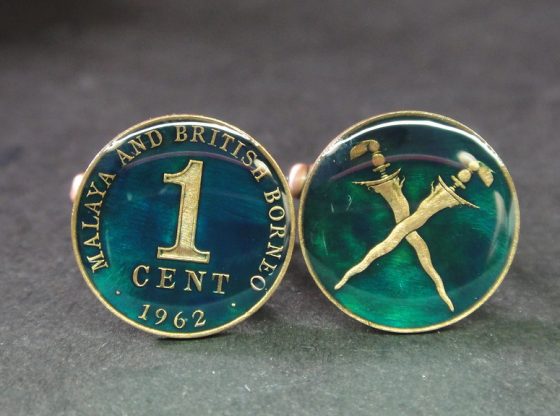 The history of British-Malayan relations offers an insight into the historical organisation and nature of British imperialism. European powers had played a role in Malayan affairs from the conquest of Malacca in 1511, with Portuguese and then Dutch merchants dominating the trade between Europe and South East Asia until the late eighteenth century.

The Fourth Anglo-Dutch War, ending in 1784, saw the waning of Dutch influence in the region and the waxing of British power. In 1786, the British East India Company seized control of Penang and by 1800 had forced the Sultan of Kedah to cede territory on the Malayan peninsula itself to the Company. The Company seized the island of Singapore in 1818, which was granted in perpetuity in 1824 by the Sultan of Johore. In the same year, the Dutch relinquished control of Malacca to the Company.

From its initial position as a key trading post to a producer of primary goods, and finally to being a key earner of precious foreign currency through the sale of those primary goods, Malaya was a vital cog in the imperial machine

Following the Indian Rebellion in 1857 against the East India Company, in 1858 the British state itself assumed direct control of the Company’s territories. As such, Penang, Malacca and Singapore, although managed by the India Office until 1867, came under the authority of the Colonial Office. In both the Company era and during British rule, Malaya’s geographical position as a trade route through to the East substantially contributed to its rapid material development.

The enduring significance of Malaya for the British Empire, however, derived from the rubber trees, which were initially imported from South America on the suggestion of the India Office in 1867. The rubber industry, along with Malaya’s rich tin deposits, formed the basis of Malaya’s contribution to the imperial economy until decolonisation.

Indeed, this changing value neatly encapsulates the shift in Britain’s imperial system in the nineteenth century: from a mercantile to a colonial system. By the early twentieth century, Britain had fully consolidated its control over the Malayan peninsula and formally instituted the management of Malaya between the Federated and Unfederated states.

In the Second Word War, Malaya was occupied by Japan from 1942 until the end of the conflict. During the war, Malaya’s economy had deteriorated substantially; a consequence of neglect, appropriations by occupying Japanese forces, and sabotage. From 1942 to 1945, the British state was already planning the reoccupation of Malaya and establishing the status quo ante.

Malaya was due to become the linchpin of Britain’s post-war international economic strategy. The British state had come to realise that, as Malayan rubber and tin were much in demand in the United States, they would be instrumental in earning the US dollars that would be so vital in reconstructing the British economy after the war. So important was this consideration that Commonwealth soldiers tasked with reoccupying Malaya were to be accompanied by a rubber mission. This mission was ordered to co-opt rubber planters and plantation workers and put them to work on restarting rubber production immediately.

Following the reoccupation of the country, high levels of unemployment, labour unrest and food shortages led to discontent among the population, particularly Malaya’s large Chinese community. This ultimately resulted in the growth in the strength of the Malayan Communist Party (MCP). The MCP had split from the Kuomintang (KMT) in 1927 and it had become the principal means of political organisation for the Chinese community in Malaya.

The MCP’s importance to the Chinese community, however, was not simply as a political organisation that provided national, or even ideological, representation; it was based on traditions of social organisation that were many hundreds of years old. Attempts by the British to create a more integrated governmental structure in peninsular Malaya – through the abortive Malayan Union – failed, as Malay rulers were loath to give up their special privileges. Consequently, Malaya’s politics, and certainly party politics, continued to be structured along racial lines in the Malayan Federation, formed in 1948.

In 1948, Britain declared the Malayan Emergency. This was a prolonged and brutal counter-insurgency campaign against the Malayan National Liberation Army (MNLA), the paramilitary wing of the MCP. The significance of this conflict and, indeed, the reason it was pursued so intensively and for such a long time, lies in the successive post-war crises suffered by Britain.

British state managers were well aware that the MCP had limited or even no links with other Communist parties, either in China or the Soviet Union. Instead, the fear was that the MCP might either destabilise Malaya itself or endanger rubber and tin production, upon which Britain relied to support its post-war reconstruction. Britain had created the Sterling Area just before the Second World War as a means of pooling colonial currency reserves to support its own reserve position. Malaya was the Area’s largest net dollar earner, earning more than the rest of the other members of the Area put together.

The British economy itself was unable to accumulate US dollars because of the damage done to it by warfare but also because Britain’s ability to sell goods to the United States had been diminishing for 50 years. The British state therefore relied increasingly on its empire to support its precarious post-war position. Malaya’s function in the British imperial system had changed yet again. From its initial position as a key trading post to a producer of primary goods, and finally to being a key earner of precious foreign currency through the sale of those primary goods, Malaya was a vital cog in the imperial machine.

At the very moment that Malaya was most important to Britain, planning had begun to dismantle the empire. Post-war agreements with the USA committed Britain to opening up its imperial preference system, and British post-war reconstruction was making Malaya’s dollar-earning capacity less important to the British economy. However, this value persisted even after Malaya’s merdeka, or independence, in 1957, with those dollars still contributing to the Sterling Area to support Britain’s post-war international economic commitments.

While the counter-insurgency campaign was effectively over by 1955, the Malayan Emergency was only declared finished in 1960. However, Malaya’s interest to the British, who had dominated Malaya’s economy for so long, was waning, and the Malayan state set about diversifying its economy and reaching out to international investors.

In 1963, the Federation of Malaya was united with Singapore and the Crown Colonies of North Borneo and Sarawak to form Malaysia. While Singapore seceded in 1965, this remains the form of contemporary Malaysia.

Dr Alex Sutton is a Lecturer in Political Economy at Oxford Brookes University. He received his PhD from the University of Warwick, and his research is situated in both radical political economy and British history. His main research interest is in understanding the role of imperialism in British policy-making.

The same dart trick: A posthuman perspective on tourism in Thailand
Reconciliation or redress? Cultural diplomacy and the return of cultural property