Analysing the protests in Hong Kong 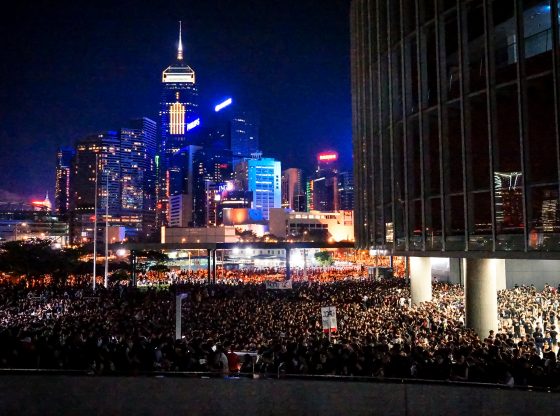 Hong Kong has endured nearly five months of escalating protests since they started in June 2019. Streets filled with tear gas, mass transit shutdowns and road blocks have become the order of the day in a city that is known for its convenience and vibrancy. Where do the people of Hong Kong stand on this ongoing action?

A broad consensus despite ostensible polarisation

On the surface, there seems to be a polarisation of emotions and attitudes. Government sympathisers condemn protesters for the vandalism, violence and for disrupting their everyday lives, and some have even taken matters into their own hands. On 21 July 2019, for example, a mob of mostly men in white shirts attacked protesters, journalists and passengers indiscriminately in a subway station.

Radical protesters, on the other hand, vandalise businesses which have close ties to China or whose owners support the Chinese Communist Party (CCP). Some have been seen throwing Molotov cocktails at the police. Hardline protesters now also engage in acts of vigilante justice (私了) against other civilians, returning punches to those they consider enemies, as trust in law enforcement reaches an all-time low. Emotions are running high: police officers call protesters ‘cockroaches’, while demonstrators chant ‘corrupt cops, may your entire family die’ as they march down the streets.

While thousands of protesters have been arrested by the police and are facing legal repercussions for their actions, the government rejects proposals for an independent inquiry into allegations of police brutality

Despite the evidence of polarisation among the public and increasing radicalisation, public opinion surveys administered by the Chinese University of Hong Kong (CUHK) reveal that there is a clear consensus on important issues. Nearly 70 per cent of respondents support a large-scale restructuring of the Hong Kong Police Force (HKPF), close to three-quarters think that the Chief Executive Carrie Lam should step down, and over 80 per cent favour electoral reform and universal suffrage.

Radicals and moderates: unity for now?

This overwhelming agreement in regard to objectives may hide divisions within the pro-democracy camp, however. The same CUHK poll suggests that a sizeable group of people potentially disapprove of the tactics used by radical protesters: 67 per cent of respondents either ‘strongly agree’ or ‘agree’ that protests should always adhere to the principle of peaceful non-violence.

The slogan ‘don’t distance yourself, don’t snitch’ (不割席、不篤灰) is frequently heard within the pro-democracy camp. Moderates are asked to bite their tongue as radical protesters hurl bricks, set up block roads and vandalise the public infrastructure. This unity has been tested on several occasions, but so far the alliance has remained intact.

Radical protesters seek to and are largely able to retain the moral high ground. After a small minority of protesters assaulted two men from the mainland, activists apologised to the public, making it easier for moderates to overlook the misconduct. On the other hand, the seemingly endless stream of footage documenting police brutality and the government’s heavy-handedness provides plausible justification and acceptable reasons for the escalation in protests: about 60 per cent of respondents ‘strongly agree’ or ‘agree’ that radicalisation is ‘understandable’.

While thousands of protesters have been arrested by the police and are facing legal repercussions for their actions, the government rejects proposals for an independent inquiry into allegations of police brutality. Yet while these indicted protesters present no threat to the rule of law, the government does.

The colonial-era emergency law invoked by the Hong Kong government in October 2019 is in many ways more draconian and authoritarian than the extradition bill that trigged the mass rallies in the first place. It allows the executive to ‘make any regulations whatsoever which it may consider desirable in the public interest’, including but not limited to the censorship of communications, the entry and search of premises, and the confiscation of property. The Emergency Regulations Ordinance is hugely unpopular even amongst moderates: 77 per cent of respondents believe that the government should end its use of the law.

Whether the current alliance between the radicals and moderates is sustainable is open to question. Divisions have always existed within the pro-democracy camp, particularly over strategy. In 2010, for example, the Democratic Party did not participate in the much-debated ‘Five Constituencies Referendum’, wherein liberal legislators resigned from their positions to trigger a city-wide by-election to let voters voice their opinions through the ballot box. And after the end of the Umbrella Movement in 2015 – a 79-day Occupy protest – ‘localist’ groups embracing notions of ‘Hong Kong self-determination’ emerged and criticised the traditional pro-democracy camp for its moderate tactics.

It’s about rights and due process

The 2019 protests – which have been unique in their size, scope and duration in the city’s recent history – began and are continuing largely because of the desire to protect existing rights and civil liberties. Analyses which claim that economic inequality and unaffordable housing drove young protesters onto the streets are largely missing the point. Radicals and moderates alike are demanding due process, accountability and political liberalisation in unambiguous terms. The Hong Kong government’s inability to heed and respond to these popular demands appropriately will likely bring about lasting damage to its legitimacy.

In particular, the prevailing perception that abuses of power by those in uniform will go uninvestigated and unaccounted for severely erodes the public’s confidence in the rule of law and fuels further unrest. Most of the people questioned (87.6 per cent) support independent investigations into complaints of police misconduct. Tighter controls such as arbitrary arrests and bans on rallies have thus far proved counterproductive.

Until the lame-duck government in Hong Kong is authorised by Beijing to make meaningful concessions (and absent an unprecedented and perhaps catastrophic military intervention), the city’s protests may have no end in sight.

Nicole Wu is a PhD candidate in Political Science at the University of Michigan. Her research and teaching interests include international and comparative political economy, public opinion, politics of technology, and Chinese politics.

Reconciliation or redress? Cultural diplomacy and the return of cultural property
The proliferation of free trade disagreements (FTDs)