Reconciliation or redress? Cultural diplomacy and the return of cultural property 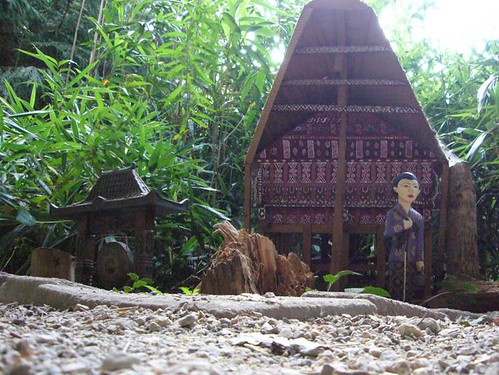 Following the end of the Second World War, a wave of decolonisation began transforming imperial diplomatic traditions which had previously been based on late nineteenth- and early twentieth-century ideas of European internationalism. In addition to sovereignty, the emerging leaders of newly independent states embraced culture as an important component of their countries’ national identity.

Their calls for cultural sovereignty – to include the return of cultural, artistic and historical objects from European museums – further complicated bilateral relationships with former colonisers. At the same time, the United Nations (UN) became a centre of post-war multilateral diplomacy, giving rise to UNESCO, the agency charged with promoting science, education and intercultural dialogue as a way to peaceful international integration.

In the wider context of decolonisation, UN-centred deliberations also increased challenges to bilateral negotiations over the legacies of empire, and the issue of post-colonial cultural property return became a topic of heated debate in the 1960s and 1970s. While negotiators dropped measures to address historical appropriations – drawing a line at 1970 with the 1970 UNESCO Convention on the Means of Prohibiting and Preventing the Illicit Import, Export and Transfer of Ownership of Cultural Property – bilateral negotiations remained an avenue for states seeking historical justice for earlier exploitation.

As a result, the United Nations General Assembly (UNGA) assigned UNESCO the mission of advocating for Member States to negotiate, of  publicising any such efforts, and of highlighting cases of ‘successful’ returns. In one instance, reports emerged about an agreement made in the mid-1970s by the Netherlands and Indonesia that marked the Netherlands as one of a small number of states to have voluntarily returned collections to its former colony.

While the Dutch were applauded, their association with the anti-colonial ethics that had emerged in UN circles on the issue of returning cultural property left unanswered the question of why such returns were considered necessary. Nor did it explain the historical processes that had finally made them possible. Simply crediting officials in the Netherlands with upholding the ethical ideals of post-colonial cultural property return within the UNGA and UNESCO falls short as an explanation of their motivations.

Despite having gained a good reputation as a rare success story in the history of bilateral negotiations over post-colonial cultural property return, Dutch officials struggled for decades with the question of returning cultural property to Indonesia, and with what its answer would mean to conceptions of the Netherlands’ future cultural role there.

Following the Japanese occupation of the Netherlands East Indies during the Second World War, the fight over Indonesian independence, and the emergence of opposing visions in 1949 for post-colonial redress and reconciliation, Dutch officials consistently linked the possibility of returns with reconciliation: i.e. good cultural relations and an ongoing presence in Indonesia.

This linkage restricted Dutch responses to Indonesia’s demands for returns, most dramatically in the period of strained relations with Sukarno’s Indonesia between 1950 and 1963. It then opened new possibilities for cultural diplomacy during the fall of Sukarno and the rise of Suharto in the  mid-1960s, when the Netherlands’ new role as international aid donor helped it to begin defining cultural cooperation – and returns – as a form of development aid. This reformulation provided a flattering context for reconsidering the exchange of archives, although not yet the return of objects or collections from Dutch museums.

During the mid-1970s, a new progressive government in the Netherlands made the significant step of returning objects to Indonesia. However, this move was only partially motivated by the changing domestic political scene and the pressure of anti-colonial activism within the UNGA and UNESCO. More than anything, making returns protected the new cultural cooperation with Suharto’s Indonesia, and these gestures became celebratory commemorations of Dutch colonial achievements in the past and provided new roles for Dutch institutions and experts in the present.

The Dutch returns to Indonesia departed from prevailing international precedent-setting and thus challenged  other former imperial countries, such as Britain, whose continued guardianship of the Parthenon Marbles and the ‘Benin Bronzes’ remain a focal point of claims for return. Unlike the reputation of the Dutch, British officials became better known for defending museums against making post-colonial returns, and arguments and events in the United Kingdom have continued to affect debates everywhere.

At the same time, recent events in France illustrate the interplay of unresolved colonial legacies with contemporary diplomatic goals for political, economic and cultural cooperation with African countries. Questions surrounding colonial objects continue to be raised,  and they continue to complicate diplomatic relationships between post-colonial states and their former imperial powers to this day.

Ultimately, the scholarly emphasis on the influence of the UNGA and UNESCO provides only a limited understanding of the returns debate, while overlooking and simplifying more complex readings of longer-term bilateral negotiations between states. The critical historical analysis of important cases requires more depth in order to better understand the diplomatic history of negotiations over European possession of cultural property from the colonial past.

This also means there needs to be more rigorous assessments of the extent to which compromises struck around development-oriented cultural diplomacy – both with and without returns – favoured self-serving post-colonial reconciliation, or whether they accomplished alternative forms of post-colonial redress as often claimed.

Dr Cynthia Scott is a Los Angeles-based historian and heritage scholar. This article is based upon her upcoming book Cultural Diplomacy and the Heritage of Empire: Negotiating Post-colonial Returns (Routledge Publishing). The book is scheduled for publication in December 2019, and is available online here: https://www.crcpress.com/Cultural-Diplomacy-and-the-Heritage-of-Empire-Negotiating-Post-Colonial/Scott/p/book/9780815382317.