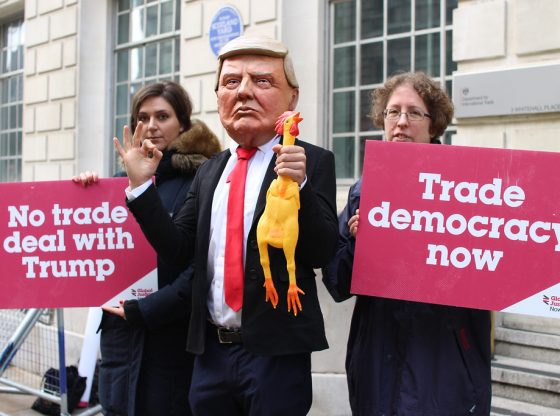 It was not that long ago that trade economists were concerned about the effect that the proliferation of bilateral free trade agreements (FTAs) was having on the multilateral trading system. For instance, the number of bilateral FTAs involving at least one country from the Asia-Pacific region – the epicentre of FTA proliferation – increased four-fold from 39 in 2000 to 159 in 2019.  The pace of proliferation has since slowed dramatically, however, with only 3 such agreements coming into effect in the last two years.

While supporters of multilateral free trade may cheer the slowdown, support for the World Trade Organisation (WTO) is also waning. At the plurilateral level, the Trans-Pacific Partnership (TPP) had to be reconstituted after its key proponent, the United States, withdrew, and the remaining members are struggling to bring into effect even a much watered-down version. Plans to set up a Regional Comprehensive Economic Partnership (RCEP) are still lingering, with a major partner, India, finally pulling out in November 2019.  And then of course there’s Brexit, not to mention the ongoing US-China trade war as well.

FTAs are being replaced by a new kind of proliferation – free trade disagreements, or FTDs Unlike FTAs, FTDs are not easy to measure or define, as they cover a wide range of actions, as well as inactions. Nonetheless, even though they are difficult to quantify, what is certain is that they do exist. They may be difficult to quantify, but they are real. FTDs rise when free or freer trade lead to outcomes that are perceived as being unfair by at least one party.  Anti-dumping actions and countervailing duties have increased sharply over the years, with developing countries now taking action against developed countries, when it used to be mainly the other way around. Other forms of ‘murky protectionism’ are also on the rise, from the use and abuse of sanitary and health regulations to widespread use of illegal subsidies and restrictive procurement arrangements

What is driving the proliferation of FTDs? Tensions that sometimes lead to conflict of varying degrees seem to come about when there are significant shifts in the distribution of global economic power. As the economic size of rivals begins to match that of the prevailing hegemon, the risk of conflict also rises sharply. We have seen both with Japan in the past and China more recently that the response appears to be triggered when their share of the GDP of the US – the global hegemon, surpasses 60 per cent.

When new major economic powers emerge, they generally do so by increasing in their commercial relations with existing powers, which facilitates greater interdependence. If this is true, then there is a sense of inevitability to such conflicts, meaning that all that can be done is to contain them and manage their consequences. So far, the world has made a rather poor job of both.

Furthermore, as the agenda on trade reform deepens to include more difficult and sensitive issues, the prospects for disagreement also increase, as does the risk of failure. The attempt to deepen existing FTAs, or to negotiate new, deep ones, can lead to an increase in FTDs.  In a sense, Brexit illustrates the backlash from pushing the regional economic integration process too far and too deep, while the repeated annual failure to conclude RCEP is partly due to the ambition of the project being beyond the aspiration of at least one member.

Why should we be concerned about the proliferation of FTDs? Apart from the obvious harm they are causing by reducing the mutually beneficial gains from free or freer trade, there are more subtle effects to be concerned about. Anti-dumping actions and countervailing duties have increased sharply over the years, with developing countries now taking actions against developed countries, when it used to be mainly the other way around. Other forms of ‘murky protectionism’ are also on the rise, from the use and abuse of sanitary and health regulations to widespread use of illegal subsidies and restrictive procurement arrangements.

Sometimes the response involves the removal of a preference rather than the imposition of a punitive measure.  If FTAs are more accurately described as preferential trade agreements or PTAs, then this sometimes applies to FTDs or PTDs.  The EU is reviewing the tariff waiver for Cambodia and Myanmar under its Everything-But-Arms preference scheme, because of concerns over different non-economic issues. Not only may tariffs rise (from zero), but we may have another case of trade policy being used for purposes unrelated to it. It seems that any issue or dispute can threaten trade nowadays.

At a fundamental level, the increase in FTDs threatens the efficacy of a rules-based order, and all the benefits that such a system provides. The WTO oversees a rules-based multilateral trading system, but its role and influence continues to diminish. The US has been blocking appointments and reappointments of members to the Appellate Body of the WTO’s dispute settlement mechanism – often hailed as the ‘jewel in the crown’. With membership of this body now reduced from seven to three, some foresee a crisis.

The enduring US-China trade war could contribute to further weakening of the rules-based order by generating a domino-type effect not dissimilar to that seen with the proliferation of FTAs. The US has been engaged in much less publicised mini-trade wars with India and the European Union (EU), which is already affecting trade in steel and aluminium and could worsen.

In March 2019, the US also removed India’s designation as a beneficiary developing country, while in October the US decided to impose $7.5 billion on imports from the EU, stemming from a dispute over the EU’s subsidies to Airbus. Japan and Korea are also engaged in an escalating trade dispute, while India has threatened to replace Malaysia’s palm oil imports after Malaysian Prime Minister Mahathir Mohamad stated at the United Nations that India had ‘invaded and occupied’ Kashmir.

It is often said that trade wars are easy to start but hard to end.  Not only can they escalate quite quickly, but they can also spread to new issues, sectors and regions, and ignite new wars. The proliferation of FTDs is therefore not only more pernicious than the previous proliferation of FTAs, it also threatens to damage a rules-based order from which it may take decades to recover, with some things left beyond repair

Jayant Menon is a Lead Economist (Trade and Regional Cooperation) in the Office of the Chief Economist at the Asian Development Bank (ADB), Manila, and External Research Fellow at CREDIT, University of Nottingham. Jmenon1@gmail.com

*An earlier version of this article appeared in ISEAS Commentary 2019/85 on 21 October 2019 – a publication of the ISEAS–Yusof Ishak Institute, Singapore. It has been reproduced with permission.

Analysing the protests in Hong Kong
The consequences of Sino-American rivalry for third countries: Poland and the 5G dilemma