The consequences of Sino-American rivalry for third countries: Poland and the 5G dilemma 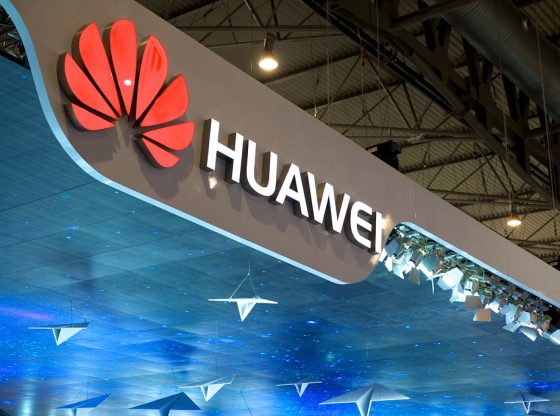 The growing tensions between China and the US have already become a new norm in international politics. Since Donald Trump’s election as President of the United States in late 2016, it has become clear that the nature of Sino-American frictions is multi-dimensional, spanning across the political, economic, security, technological and ideological domains.

Without a doubt, the dynamics between Washington and Beijing have started to redefine the status quo on the international arena, raising questions about Chinese influence abroad in terms both of its nature and its depth. As the Chinese Communist Party (CCP) is accused of expanding its efforts to promote Beijing’s authoritarian ideals, few observers remain without an opinion on the future implications of the growing Chinese international presence.

Poland would not seem to be the first country that comes to mind when thinking about how this rivalry manifests itself in third countries. This medium-sized EU member state, geographically distant from both China and the US and predominantly focused on Russia as a potential security threat, might seem completely detached from the competition between Beijing and Washington. Yet given Warsaw’s unique closeness with Washington ever since the end of the communist regime in 1989 and its recent attempts to develop ties with Beijing, it actually becomes clear that the Sino-American dynamics are not without consequence for Poland. The debate on the role of Huawei in Poland’s future 5G networks is a case in point.

As Poland democratised after 1989, consecutive governments in Warsaw looked westward in search of long-term partnerships. Joining NATO in 1997 and the EU in 2003, Poland became part of the so-called rules-based international order, created and for a long time led by the United States. The importance of transatlantic relations to Warsaw has remained one of the few largely non-divisive issues on the Polish political scene. Even under Donald Trump’s presidency, known for its corrosive impact on US-led alliances and a high degree of uncertainty, Polish-American relations have been developing.

Although Warsaw’s closeness with Washington has been deemed by some as short-sighted and risky, this kind of criticism does not seem to impact on the current Polish government’s stance towards cooperation with the US, especially in the security realm. And although ‘Fort Trump’ has not yet materialised, Poland finalised the deal with the US on the delivery of the Patriot air and missile defence system, marking the country’s largest ever military procurement and leading to Donald Trump’s praise of Poland as one of the few NATO members that actually met the official defence spending target of 2 per cent of GDP.

Alongside growing cooperation with the US and the EU, Poland also began to diversify its international partners, a process which accelerated after the 2008 global financial crisis. Although the crisis did not have a very negative impact on the Polish economy, the EU-wide slowdown forced Warsaw to accelerate its diversification efforts. That was precisely when China stepped in with its newfound ambitions to raise Beijing’s global economic presence, including in previously overlooked places like Central and Eastern Europe (CEE).

Poland signed its strategic partnership agreement with the People’s Republic of China (PRC) in 2011 and a year later it joined the 16+1 platform for cooperation between CEE and China. What followed was a brief intensification of official ties, with a multitude of political gestures on both sides, leading to the elevation of bilateral relations to a strategic comprehensive partnership. Warsaw has been widely criticised for these moves, especially by Brussels and Berlin, for fuelling a perception of Central Europe ‘for sale’.

This is a somewhat unjust view, given the actual number of Chinese investments in the CEE region, which have remained minimal compared to the rest of the EU. Moreover, despite the symbolic gains, problems have persisted in regard to Poland’s relations with China: the trade deficit has continued to grow while very few large-scale investments have actually materialised on the ground. What followed was a period of growing disillusionment, clearly manifested in statements by Polish government representatives on various occasions (hinting at the non-reciprocal nature of cooperation between Warsaw and Beijing, for example).

The event that actually brought international attention to Poland in terms of its involvement in the Sino-American rivalry was the arrest of a Chinese national working for Huawei in Warsaw in early January 2019. The man was detained along with a former Polish security official over spying allegations, leading many to believe that the action was the direct consequence of American pressure on its main European ally.

This opinion was widespread, primarily due to the timing – just one month after the arrest of Huawei CFO Meng Wanzhou in Canada. Following the arrest, US Vice-President Mike Pence praised Poland for ‘protecting the telecoms sector from China’, while US Secretary of State Mike Pompeo warned other allies that deploying Huawei’s equipment ‘would make it more difficult for Washington to partner with them’.

The incident also stirred a domestic debate about the implications of Huawei’s growing presence in Poland, which has been expanding rapidly in both the consumer market and information technology infrastructure. According to Huawei Poland’s strategy and communications director, 60 per cent of Polish 4G antennas have been produced by the Chinese giant, which would make the construction of an independent 5G network very difficult and costly.

In the months following the arrest in January, Warsaw seemed to be balancing the interests of different international partners alongside its own. During the visit of Chinese Foreign Minister Wang Yi to Warsaw in July 2019, the Polish side reiterated that no foreign company would be discriminated against in Poland. Simultaneously, Warsaw has affirmed its engagement at the EU level when it comes to the creation of common standards governing 5G construction in the European market. However, in early September 2019, Warsaw and Washington signed the US-Poland Joint Declaration on 5G – a document which implicitly condemns Huawei and presents it as a potential security threat.

At the EU level, most member states seemed to have been put on hold for a while in terms of deciding the future of Huawei. Messages coming from different states and actors were often contradictory, drawing a picture of an indecisive community torn between short-term economic interests and long-term strategic considerations. Then in late October 2019, Germany stated that it would remain open to cooperation with Huawei on 5G.

However, as the long-awaited report on the EU coordinated risk assessment on cybersecurity in 5G indicates, the threats associated with collaboration with suppliers from non-EU countries – especially given the lack of legislative or democratic checks and balances – are real. As the debate around the issue continues across Europe, the level of unpredictability does not seem to be decreasing. The recent signals coming from Germany seem especially disturbing, as they cripple joint efforts to create a common EU-wide response to the challenge.

Given Poland’s security considerations, it seems reasonable to assume that Warsaw will try to limit Huawei’s presence in the market. However, as there are few alternatives to the Chinese firm (since both Ericsson and Nokia have fewer technological solutions and are much more expensive) observers are unsure as to how this (partial) decoupling might be carried forward. While the US diplomatic and paradiplomatic offensive against Huawei continues, the final outcome for smaller players like Poland remains to be seen.

Alicja Bachulska works as a China analyst at the Asia Research Centre of the War Studies University in Warsaw, Poland. She is also a project coordinator for Poland at ChinfluenCE.