Gender imbalance and the marriage squeeze in China 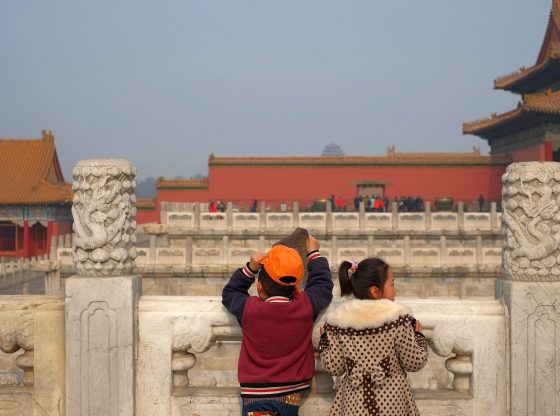 Since the 1980s, China has experienced an abnormally high sex ratio at birth (SRB) – i.e. the ratio of live male births relative to 100 female live births. The population censuses indicate that the SRB was 108.5 in 1982 and 111.4 in 1990. It then rose to 119.9 in 2000 and even further to 121.2 in 2010. This long-term higher-than-normal SRB has resulted in a significant gender imbalance, arousing concerns about its various social implications.

Data quality is an important concern for measuring China’s SRB and the gender imbalance. While key statistics such as the sample size used to compute the SRB and its confidence interval have received little attention to date, the issue of under-reporting (of births) has been examined in depth, although without any consensus being reached.

The high SRB and high level of female child mortality has led to the phenomenon of ‘missing females’. Data from the censuses in 1990, 2000 and 2010 indicate that between 1980 and 2010, male children outnumbered female children by 36 million. Sixteen million of these were due to the natural occurrence of more male births than female births, even without artificial intervention. The other 20 million, labelled as missing females, were due to sex-selective abortion.

With more males than females entering the marriage market, China is now faced with the phenomenon of surplus males – bachelors unable to find a spouse. These surplus males are more concentrated in rural areas, less educated and underemployed, and their disadvantaged social status makes them less desirable suitors in the marriage market. The large number of surplus males and shortage of females is leading to the increasing migration of females for marriage from the less prosperous to more prosperous areas, leaving the males behind and single.

Men at the bottom of the social strata need to finance the high marriage costs, including the bride price and wedding ceremony. Hence they need to lower their standards for mating if they wish to increase their chances of marriage. Moreover, the high demand for marriageable females in the marriage market increases women’s bargaining power and consequently reduces the deeply entrenched preference for sons. The surplus males are also creating increased demand for the sex industry and accelerating the spread of some sexually transmitted diseases, according to some research.

The high SRB affects the long-term trajectory of China’s population over and above missing females and surplus males. Given the overall fertility rate, a high SRB lowers the gross reproduction rate, which in turn reduces the annual birth numbers, the size of the working-age population and the total population size. Further, the high SRB increases the total sex ratio of China’s population, accelerates the ageing process, and creates a male ‘marriage squeeze’ among marriageable men.

Using various measures for the sex ratio of potential first marriage partners, the sex ratio of marriageable males to females is more than 1.15, spanning three decades from 2016 to 2046. This indicates 15 per cent more males than females annually. If we measure the ratio of single males to females, the ratio is more than 1.5 between 2020 and 2060, indicating that 3 single males will be competing for 2 single females. The proportion of single males at the age of 50 (usually regarded as lifelong bachelors) increases annually and exceeds 10 per cent from 2044 onwards. The surplus of males leads to an increase in both the mating period and the age at first marriage.

In China, parents are obliged to get their sons married. This entails agreeing the bride price, covering the marriage costs and providing a wedding apartment or house. If parents fail to get their son married, they feel ashamed in the village and face enormous pressure from their village peers and acquaintances. They also fail in their obligation of carrying on the family line and hence feel guilty to their ancestors. Consequently, parents try their best to accumulate wealth and to increase their son’s competitiveness. For some parents, they desire no other fulfilment in life but to get their son married.

Those who are unable to get married usually co-reside with their parents in order to receive daily care. This may continue for as long as the parents are alive. But as old age creeps in, both parents eventually die and so the son may have to live alone for the remainder of his life.

The gender imbalance and male marriage squeeze is a solemn concern in China nowadays. Recently, thanks to modernisation and the issue of gender equality moving into the mainstream – as well as the increasing burden of raising a son and getting him married – people have started to change their attitude vis-à-vis sons and daughters.

Even though the son preference still persists nationwide and will remain the social norm in the foreseeable future as a cultural symbol, daughters are more and more favoured today. It is my hope that gender equality will be promoted from every angle in China so as to erase all forms of discrimination against females and harness a harmonious society.

Quanbao Jiang is Professor of Demography at the Institute for Population and Development Studies at Xi’an Jiaotong University, China. His research interests include gender imbalance and its social implications, low fertility and policy, and ageing in China. His most recent publication is性别失衡与婚姻挤压 [Gender Imbalance and the Marriage Squeeze] (in Chinese), which contributed all the data for this article.

Targeted financial solutions to address India’s agricultural crisis
What does premarital sex mean in a dating culture compared to a courtship culture?