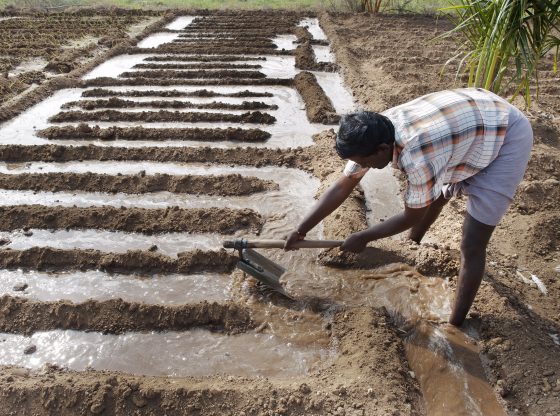 India is in a quandary. Two years of drought followed by two years of rain, and yet farm incomes continue to stagnate in a country where 70 per cent of the workforce is based in rural areas and 70 per cent of farmers are smallholders. The subsequent agrarian crisis in India is causing concern to consumer-sector companies, which were initially attracted by India’s large rural market.

Rural distress is a major issue in India, given the vast proportion of the population which depends on agriculture for a livelihood. The causes vary, from the high costs of chemical inputs and the resulting debt, to lower farmer incomes despite controlled food price inflation, to climate change causing crop variability, and losses due to inefficient infrastructure.

Consequently, protests by farmers have risen. The trend in wages can be gauged from a 2017 paper published by the National Institution for Transforming India (NITI) Aayog, which showed a minuscule compound annual growth rate (CARG) of 0.44 per cent in farmers’ incomes between 2011 and 2016, as opposed to 4 or 5 per cent between 2004 and 2012.

Similarly, according to a report by the National Bank for Agriculture and Rural Development (NABARD), in 2017 a farmer’s average monthly income was USD 127 (or USD 1,500 per annum). This is much less than the average per capita income in India and will be even lower for smallholders.

Against this backdrop, here are some of the targeted financial solutions that might help India out of its quandary.

In the past, low barriers to entry meant a host of middlemen entered the farm-to-fork chain and took advantage of the lack of transparency in prices and demand hotspots to give farmers the lowest price, even when food prices were rising across the economy. However, farming employs two-thirds of the rural labour force, and declining farmer incomes exacerbate India’s rural economic distress.

There is therefore a need to fund high-tech platforms to aid transparency in prices and markets. The government’s electronic national agri-market could be a game changer, but it is still in its early phases and is more focussed on the macro level. Solutions targeted at micro-geographies are needed that can incorporate all of the smallholders in that area.

Solutions like NaPanta (a mobile app in Telangana), or Israel’s Saillog and Germany’s Plantix, which are artificial-intelligence-based pest and plant disease apps that can reduce crop damage and thus help improve eventual farm output. Germany’s Systems, Applications and Products in Data Processing (SAP SE) currently offers solutions to smallholders in Africa, and these may also benefit Indian smallholders at the micro level. Financial solutions targeted at scaling up easy-to-use technology platforms at the micro level could help farmers to earn better margins.

Non-farming middlemen in the agriculture value-chain should be replaced with Farmer Producer Organisations (FPOs). FPOs are registered enterprises which are owned and operated by farmer groups and which invest in value-adding processes for raw produce to increase their marketability and price. Hitting the earnings of the middlemen will be politically sensitive, even though farmers account for more votes. Nevertheless, financial solutions include targeting FPOs to incentivise more farmers to think entrepreneurially. This is something that has already been demonstrated by microfinance.

FPOs can use the funds for producing, sourcing, processing and marketing agricultural produce, thus aligning themselves with the regular value-chain. FPOs can also offer farmers a better price. But the strategy will require much hand-holding, since not every farmer will be able to think like an entrepreneur. Funding must target the related training and awareness-building framework too. A positive factor is that awareness is already increasing, as shown by the understanding of farmer credit cards, farmer call-centres and direct cash transfers in India.

For a long time India has moved the excess rural population into the cities to feed the demand for labour in urban industries. Aspirations for a better life create a strong pull, as shown by research from the Centre for the Study of Developing Societies (CSDS).  CSDS data show that 61 per cent of farmers prefer living in cities, as it gives them better access to education, health and employment.

Rural industries, micro small and medium enterprises (MSMEs), small and medium enterprises (SMEs), Farmer Producer Organisations (FPOs) and cooperatives can all incentivise the rural population to help develop their local economy without burdening the farming sector. Financial solutions targeted at rural industries are needed to create the necessary infrastructure and boost non-farming rural incomes. This would also require rural entrepreneurs who can ‘think big’, beyond the scale of FPOs. Higher-wage rural industries could eventually discourage rural labour from working in lower-wage farming in the long run. Hence it is necessary to improve farmer incomes hand-in-hand with rural industrialisation.

Priorities in the financing infrastructure can be set according to demand. Currently, there is high demand for horticulture due to increased urbanisation and changing tastes in India. Flower crops are heavily in demand from luxury buyers due to the growing income inequality in India, meaning that the rich have grown ever richer and increasing the demand for luxury services.

Smallholders are also attracted to horticulture and growing flowers, as the planting cycle is shorter. But poor roads and a lack of cold storage creates post-harvest losses. Thus, financial solutions targeted at connectivity and storage infrastructure for such crops would be timely. Financing for setting up micro-irrigation facilities and rainwater harvesting modules would help create an infrastructure for sustainable water supply and hence aid farm productivity.

While Indian farmers receive free electricity for certain hours during the day, many are forced to buy diesel to run pumps since the electricity supply is inconsistent. Aside from adding to India’s overall bill for imports, diesel is expensive for farmers. Thus, even if farmers’ outputs improve, the higher costs have an economic impact. Consequently, institutional credit to smallholders targeted at renewable energy infrastructure, especially off-grid on the farms, would help those worst affected.

Consolidation of smallholders’ land holdings through cooperatives can also create synergies, especially for the leasing of large equipment or bulk input orders.  Indian laws have led to the sub-division of land due to generational transfers, leading to further inefficiencies. Funding for such cooperatives could help improve farmers’ productivity.

Productivity could also benefit if there was more funding for analytical projects to carry out scenario analyses, helping farmers to make informed decisions about which crop(s) are better suited for which terrain. Currently, most smallholders still plant the crops their fathers used to grow in that land, irrespective of the land’s suitability for different crop types.

With regard to farm-loan waivers, most of this institutional credit goes to the large farms, while agrarian distress hits the smallholders more, who are at the mercy of predatory money lenders instead. Not only do such waivers have an impact on the fiscal budget, but they also ruin farmers’ credit-paying discipline.

This has ramifications for other financial services in rural India too, as it can affect those consumer industries whose products are mainly sold on retail credit. Furthermore, periodically bailing out the large farmers with (mainly urban) taxpayer’s money ultimately leads to protests in urban India, which continues to function without this critical infrastructure in many sectors.

In the end, agriculture in India is largely controlled by the state governments and there is limited control from the central government. Regulatory impediments remain, such as the Essential Commodities Act (ECA), which places restrictions on private investment in cold storage. Nonetheless, despite these challenges, financial solutions targeted at specific issues could introduce a number of efficiencies to the stressed agrarian sector and benefit smallholders.

Sourajit Aiyer has worked with both traditional and sustainable finance organisations. He is also an author, writer and guest lecturer. Most recently, he was leader of a field office in support of a state government’s natural farming project