What does premarital sex mean in a dating culture compared to a courtship culture?

Home /China, Sexuality/What does premarital sex mean in a dating culture compared to a courtship culture? 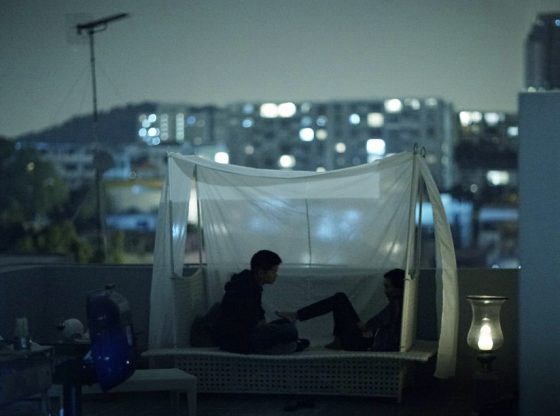 The relationship between sex, romance and companionship love is seldom smooth or long-lasting. These relationships need to be continuously renegotiated within and between the specific partners involved. Whatever an individual’s personal dilemmas, the negotiations never take place in a vacuum. The entwinement of love, sex and ethical issues ensures that a couple’s negotiations follow a pattern and are not simply the by-product of an idiosyncratic impulse. In this way, love and sex are as much about ethical considerations as they are about an emotional experience.

The discourse of love and sexual expression has moved out of China’s urban shadows and into its commercial arteries. It was once forbidden to express it in public, but now it is the currency by which individuals seek to demonstrate their continuing commitment and mutual involvement.

What is the significance of China’s shift from a more formal courtship culture to an informal dating one? Before we can understand this, it is necessary to summarise what makes a courtship culture different from a dating culture.

Courtship cultures, with or without a chaperone, are organised around a process of negotiation that involves various family members who are concerned with finding an appropriate person who meets most, if not all, of the socially prescribed criteria. The primary goal of a courtship negotiation is marriage. The negotiation is conducted according to rules that organise a couple’s meetings into a semi-ritualistic sequence of private and semi-public meetings, characterised by incremental increases in the public expression of commitment and usually resulting in marriage. Within this cultural milieu, an individual’s reputation is critical.

Throughout China’s work unit (danwei) era from 1949 to 1995 there was a strong cultural consensus concerning what constitutes appropriateness and thus proper conduct. The existence of cultural consensus did not mean that everyone always followed the rules. Many did not, and there was always some fudging at the margins. The presence of a courtship culture did mean, however, that when a deviation became public knowledge, everyone, including the deviator, attempted at first to deny the relationship. If that failed, all then agreed that the transgression was inappropriate.

Throughout the 1980s neither gender had greater freedom. For example, if a man got a reputation as a philanderer or was simply known to have had a few previous ‘girlfriends’, his reputation as a virtuous and steadfast fellow would be damaged. Consequently, men and women strove equally to hide their personal involvement through denial. The strength of the ethos of emotional/sexual chastity was a powerful incentive and it resulted in restraining personal behaviour and thus personal appetite.

The abandonment of the work unit as the primary means to organise society along with the state’s retreat from actively monitoring citizen behaviour provided an opportunity for greater individual experimentation. Individuals – no longer contained in a web of earnest social surveillance – found that the market economy provided greater anonymity.

This social shift has been accompanied by a psychological shift, whereby China’s emerging dating culture is ideally organised around individual rights and autonomy with little or no parental involvement. The end goal of dating is now not marriage per se, but the pursuit of personal satisfaction. Unlike the informal, or secret, meetings common to the socialist work unit era, contemporary dating is conducted explicitly and publicly. It is flaunted more than denied. For example, when I asked a student who was at a Western-style restaurant if her male companion was her classmate, she burst out laughing, saying ‘No! We are lovers’.

The shift from a courtship to a dating culture, however, is not without its dilemmas. The explicit rules readily understood in a courtship culture have given way to a more tacit and thus more vague set of rules that are not readily understood even by the participants themselves, much less by outsiders. The transformation in the rules of the game has made what was explicit now tacit. Perhaps the most salient transformation away from culturally understood to privately negotiated and thus potentially uncertain is the decision to go to bed with your partner.

But what does such a decision mean? During the 1980s many couples slept with each other before marriage and their parents were not upset; some were even pleased, since having sex meant you had agreed to become engaged. In the new dating culture, what it means to sleep with your partner is less clear-cut. It is seldom regarded as a sign that you have tacitly agreed to marry. It does not even mean you will see each other again. In this more open, sexually charged milieu it would seem that women are more confused than men.

The ability of Chinese men to convince their girlfriends to have sex sooner than they might wish stems from a woman’s deep-seated concern that is easily expressed and which almost borders on a paranoid fear: that if the man does not have access to sex, he may leave. This concern is voiced in the remarks of a 20-year-old college student who told me that her friends are always talking about this subject in the dorm: ‘Can we hold our boyfriend or will we lose him to someone else’.

However, Chinese women, like men, are anxious about becoming involved in a non-reciprocal relationship. They do not want to make an emotional commitment that involves sexual intimacy only to then be dropped and abandoned.

Chinese women are caught in a bind. They want a boyfriend and they want to please and not lose him to another woman who is more willing to sleep with him. To this end, women often use smart sex as a means to attract, hold on to, and ultimately induce a commitment in their partner. In this way, early sexual involvement may result in a greater payoff. It may engender an emotional commitment that might not have resulted otherwise. But it can also have a down side. It can result in a stronger, albeit one-sided, emotional attachment and thus a more painful separation if it comes.

This more open and fluid dating culture has transformed the meaning of sexual intercourse away from cultural certainty into a more private realm of individual freedom to choose either to reaffirm one’s commitment or to readily uncouple from it. Sex continues to invoke a powerful emotional response which, however, no longer has sociological significance. It has enhanced personal pleasure for some, while damning it for others.

William Jankowiak is a professor in the Anthropology Department at the University of Nevada, USA, and he serves as the executive director of the Forum for Asian Studies. His most recent publication is the chapter ‘Mate Selection, Intimacy, and Marital Love in Chinese Society’ in the Handbook on Family and Marriage in China (Edward Elgar, 2017).