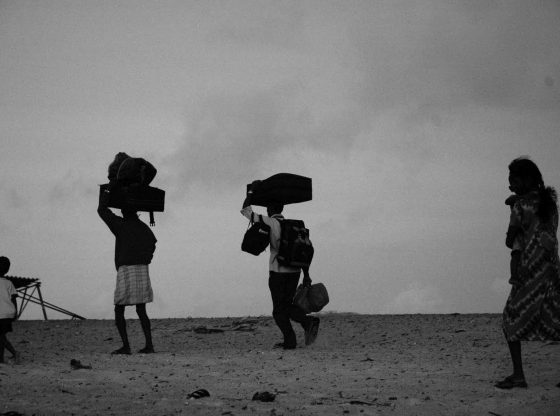 In a world order determined by ‘nation states’, every country has the autonomy to frame its own policy based on its accession to international conventions, protocols and customary international law. The region of South Asia has a distinctive history of hosting approximately 2.5 million refugees. The subcontinent has generated a significant number of refugees over the last seventy years, beginning with Partition in 1947, the creation of East Pakistan and its later change to the state of Bangladesh, the Afghan conflict, and the Tamil Eelam war in Sri Lanka.

Being a non-signatory to both the 1951 convention on refugees and the 1964 protocol, India has resisted the need to introduce national legislation for managing and protecting the refugees within its territory. This leads to the question: how do countries like India manage the refugees inside their borders in a legally sanctioned fashion, while – so it would seem – adopting gradationally preferential practices in regard to particular groups of refugees?

The Indian government’s treatment of refugees follows an ad hoc approach based on various pieces of domestic legislation such as the Passport (Entry of India) Act 1920, the Passport Act 1967, the Registration of Foreigners Act 1939, the Foreigners Act 1946 and the Foreigners Order 1948. In this article, we explore the practices of the state towards refugee management, especially the manner in which this refugee management is guided by certain normative assumptions.

India has a long history of opening up its territorial borders to those who seek sanctuary. This is part of the Indian heritage and is recorded in both ancient and medieval history. The hospitality offered was not only a function of the vulnerability or significance of the guest, but also reflected the pride and honour of the host in looking after their guests.

The enduring permanence of hospitality within traditions and cultures is also visible in the Greek classics of Homer and the writings of Cicero, where the conditions in which asylum is sought and sanctuary is provided were sparingly discussed, along with the rights of incumbent ‘foreigners’. The factors that determine the granting of asylum varied from case to case, depending on the place, time, and who it was seeking refuge. Across all cultures, however, the offer of hospitality was based on conscientious compulsion, kinship-based affinity, or even strategic reciprocity.

The Leviniasian conceptualisation of hospitality was a metaphysical one based on unconditional love for the fellow human, notwithstanding his/her complete otherness from the self. From a Derridean perspective, Levinas assumed that the strangeness involved in welcoming and then loving a stranger would eventually reach a hypothetical juncture involving the host and the guest. This juncture hypothesises a scenario where the host becomes ‘hostage’ to the love reciprocated by the guest, precluding any possibility of ‘possessively possessing’ the guest and thereby casting the guest into a domain of perpetual exile.

A Leviniasian ethics of hospitality means the unconditional welcoming and love for the complete stranger: the utmost ‘other’. In conceiving it as unconditional, hospitality constitutes an act of generosity such that, in Derridean terms, it also entails a responsibility to the other. It is an imperceptible connection that brings the ‘self’ and the ‘other’ into a range of proximity conditioned by the permanence of perpetual exile that humans are caught in.

Leviniasian hospitality can be summed as an amalgamation of both ‘ethics of hospitality’ and ‘politics of hospitality’, in which ‘the right of man’ has relevance only in relation to the ‘right of the other man’. Thus conceived, hospitality is not to be mistaken for a mere altruistic gesture embedded in compassion for the fellow human; it contains in itself simultaneously the notion of colossal cordiality, where the guest is treated no less than a king. Such unquestioning acceptance and welcoming of the stranger itself makes the act of hospitality covertly political.

In the context of the massive influx of refugees and migrants into South Asia, the reception/opposition that they receive at the borders needs to be looked at carefully. This also correspondingly makes the idea of ‘hospitality’ relevant, as the host is expected to deliver hospitality as much as the guest expects to receive it. But the nature of the hospitality that these vulnerable individuals ought to receive at the border is tangled with the hostility that they are initially subjected to.

Opening its borders to all who seek to enter and then later institutionalising a hierarchy of preferential treatment amongst the refugees is the way in which the state ‘performs hospitality’. This state performativity of hospitality is accustomed to the humanitarian conception of providing aid and asylum to guests.  The notion of hospitality simultaneously indicates a performative exercise of political relevance as much as an embodiment of virtue, largesse and selflessness.

In conceiving hospitality as a quintessential form of culture itself, Derrida postulates how the provision of hospitality is a practice dating from time immemorial. Ranging from the Greek custom of hospitality called Xenia, as depicted in classics like The Iliad and The Odyssey, to the African epic Sundiata or Sanskrit couplets from Taittriya Upanishad, ancient practices of hospitality were rooted in the notion that God could visit at any time, masquerading as a stranger. Hence the treatment one gave to one’s guest as a host had a fragment of divinity accompanying it.

Such hospitality was known as hospitium – considered as both the deific right of the guest and  the duty of the host – and hospitality eventually became a standard practice cemented into customs, conventions and traditions. Rituals of worship are based on the conception that God is the divine guest who deserves the utmost hospitality from the host. In Indian culture, hospitality denotes worship, which is an act of supreme service done in respect of the guest. The notion of hospitality is ingrained in the cultural norms of individual nations, although their adaptations involve an inherent variation due to differences in the modalities of laws, rules and regulations that are applied on an everyday basis.

Hospitality constantly negotiates the spatial factor, whereby ‘being inside’ is privileged over ‘coming from outside’; where inside and outside are constantly positioned against each other. Those who have been inside consolidate themselves into ‘us’ by constantly differentiating themselves from the ‘other’ outsiders.  Based on the semblance of ‘us’ to the ‘other’ refugee groups, varying degrees of hospitality are performed by the state.

The treatment meted out to the ‘Partition refugees’ by the Indian government, for example, using methods such as the ‘Rehabilitation Finance Administration Act 1948’, showcased how India’s responsibility to care metamorphosed into a ‘regime of charity’ rather than being an ideal ‘regime of rights’ for refugees. Similarly, the Tibetan refugees were supported using various rehabilitation and resettlement plans along with the provision of registration certificates (RC) and even permission to establish the ‘Tibetan Government in exile’ under the regulatory supervision of the Indian government. Such an approach can be considered as a manifestation of the balancing act in which the state’s performativity of hospitality carefully weighs between the Derridean notions of ‘politics of hospitality’ and ‘ethics of hospitality’.

In comparison, the hospitality that the Tamil refugees from Sri Lanka received in India could be attributed to their cultural proximity with the Tamils in India, which weakened the faultline between ‘us’ and ‘them’ and where the host could see a semblance of themselves in the guest. The desire to cultivate such a culturally homogenous nation predominates over exclusionary practices by the state, where hospitality is often replaced with hostility. The Citizenship Amendment bill of 2016 that permits citizenship for Hindu, Buddhist and other non-Muslim minorities escaping religious oppression in the neighbouring states of Bangladesh and Pakistan likewise reflects such a calculated appropriation of hospitality based on cultural affinity.

The precarity of the asylum seeker encompasses anticipation and uncertainty about the future that is dependent on the hospitality of the host state.  But in providing asylum, the state displays more than the mere gesture of providing sanctuary for the needy; it simultaneously parades its magnanimous self in extending compassion and care while exerting its sovereign power to exclude those who seek to threaten its well-curated narratives of territorialised belonging and potential homogenous nationhood.

The territorially rooted conception of belonging precipitates a statist response for the state-orchestrated exclusion that created refugees in the first place. Such a solution is based on the generosity of yet another nation-state to provide them with sanctuary, and a sovereign acknowledgment which validates their otherwise liminal existence. Any non-statist response such as the efforts of international agencies like UNHCR in ameliorating the plight of these refugees in their places of asylum is merely moderating the hostility or facilitating the hospitality offered by the asylum state.

Farrier posits that ‘hospitality signifies an aporia marked by resistance, reception, sanctuary and threat’. The inherent contradiction that makes hospitality aporic is the fact that the thresholds of hospitality are set within it. In diminishing the contours of established norms of hospitality through categorically selective practices, the state pushes its refugee management into a site of constant aporia.

What does premarital sex mean in a dating culture compared to a courtship culture?
The unfinished sexual revolution in China