The unfinished sexual revolution in China 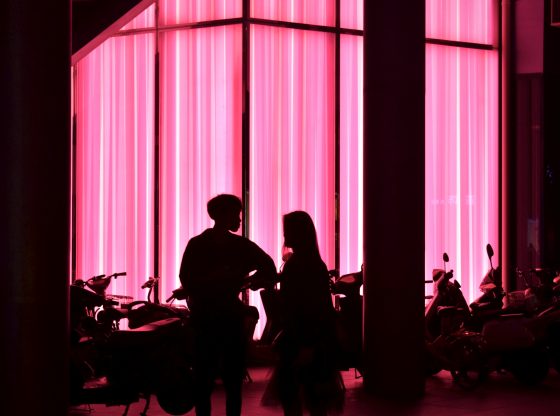 ‘Sexual revolution’ has become a buzzword used by scholars both within and outside China to capture the transformation of individual choice in love, dating and sexuality in China today.

According to Chinese sociologist Pan Suiming, Chinese society has undergone a shift from ‘sex for reproduction’ to ‘sex for pleasure’, and a sexual revolution – rather than a gradual evolution in sexual behaviour and relationships – has taken place in China which has now more or less reached its successful conclusion.

Other scholars are relatively reserved about the claim by Pan, however. For example, sociologist Li Yinhe said in an interview in 2008 that although China had begun a sexual revolution, it was only at the very beginning stage. I argue that the so-called sexual revolution in China is an unfinished project, because the revolution in sexual behaviour is not the same as a fully fledged sexual revolution based on human rights, sexual autonomy and gender equality.

When sex is no longer deeply tied to reproduction, sexual behaviours and practices that were once considered to be ‘abnormal’, ‘illegal’ and ‘immoral’ flourish

Scholars such as Anthony Giddens have argued that in the West, the separation of sex from reproduction and the increasing emphasis on sexual love and sexual pleasure are usually regarded as representative of a sexual revolution in terms of making possible the acceptance of non-reproductive sexual love, and thus non-heterosexual relationships. However, in China, the unusual phenomenon is that the introduction of the one child policy (1978–2015) has interrupted the traditional link between sex and reproduction. When a couple is only allowed to have one child, most sex throughout a lifetime has to have the purpose of mutual affection and sexual pleasure.

For example, the state has maintained a consistent line towards pornography and commercial sex, and both remain officially illegal, even as both are widely sought after and practised – at least by state officials and businessmen, as various studies show. Yet studies also show that Chinese youth consume just as much pornographic material as do American youth, and the prevalence of commercial sex in China is higher than in most countries in East and Southeast Asia.

Censorship of sexual issues and LGBT issues is everywhere, and the government is reticent about openly addressing sexual topics. The boundary between public and private is never clear, and under the pressure of state censorship and the sao huang da fei campaign, although people might think that they have freedom and autonomy – at least in their private lives – they may not be fully aware that sometimes even private activities can be problematic.

The current ‘sexual revolution’ does not challenge the traditional moral and gender norms, which makes it vulnerable to the intrusion of state power to discipline and intervene in matters concerning individuals’ bodies and their sexuality. A real revolution usually needs a completely new value system and a core leadership to bring about rapid change in society and push things forward.

However, the so-called sexual revolution in China is more a matter of numerous spontaneous sexual behaviours emerging from the change in society, with neither a clear value system nor a core leadership. The feminist movement and the LGBT movement have undergone significant development over the past two decades, but sexual rights and sexual autonomy have never been put at the heart of the movement.

The worst part of the current ‘sexual revolution’ in China is that it has not granted sexual autonomy equally to men and women, young and old, or urban and rural populations. Instead, it makes the existing sexual double standard even more intense and refashions patriarchy in a different mode.

Studies show that more educated men engage in more sexual practices and activities, and that men with money and power have more opportunities to have ernai (second wives) and xiaosan (mistresses), or to visit sex workers. Such practices find the most favourable soil in patriarchal societies with a sexual double standard: chastity and fidelity are expected from women, while there is acceptance and tolerance of men’s pursuit of multiple sexual partners.

In contrast, a great many rural poor men have trouble finding wives, and sex trafficking in certain remote areas becomes a serious problem. And when young educated women decide to pursue their sexual autonomy, they may face much more criticism, pressure and slut-shaming from friends, family and society than their male peers.

The discourse of ‘leftover women’ is so profound that women in their late twenties feel they cannot escape from the pressure to get married, as if marriage were the only ‘right’ path. Large numbers of under-educated girls migrate to the cities, where their choices can be very limited – becoming a factory girl, working in the service industry, marrying a city man, or entering the commercial sex industry – and sexual capital becomes their most valuable asset for achieving upward mobility.

In the LGBT world, the formality of marriage for gays and lesbians is, in a way, a modern arrangement, having the spirit of a contract used to cope with the traditional pressures to marry and have children. In the current institutional marriage system in China, single women are unable to enjoy the same reproductive rights as married women since the state still only grants reproduction permits to married women.

China’s so-called sexual revolution remains unfinished because it neglects gender equality, strengthens the sexual double standard and refashions the patriarchy. How to push the current ‘sexual revolution’ forward to make people happier, freer, more equal and more autonomous in fulfilling their human potential is a question that remains to be answered.

Dr Xiying Wang is a Professor in the Faculty of Education at Beijing Normal University, China. At the moment she is a visiting scholar at the Harvard-Yenching Institute (until May 2020). Her most recent book publication is Gender, Dating, and Violence in Urban China, of which chapter 5 served as a source for this article.

Conceptualising hospitality in refugee management in India
Bangladeshi queer utopia: How activists are reclaiming local narratives to empower the community