The spectacle of cuckoldry and the crisis of the libidinal economy

Home /China, Gender, Sexuality, Social Media/The spectacle of cuckoldry and the crisis of the libidinal economy 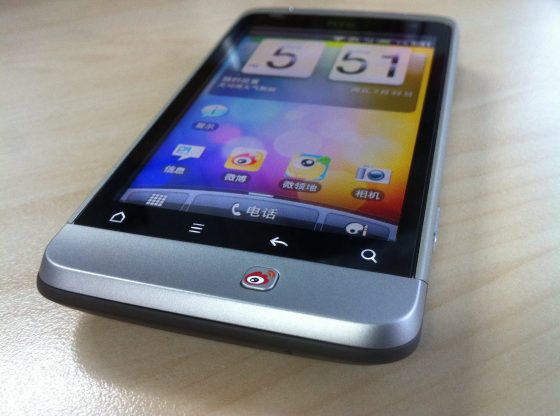 The Weibo page Green Hat Society is an online society for people who have been cuckolded: ‘green hat’ is the symbol of victimhood for someone afflicted by an adulterous relationship. As submissions to the account stockpile, the Green Hat Society page is becoming a wild confessional society, with its posts, thousands of replies per day, and avid fandom across the country.

Taking the form of (sometimes long and stitched together) screenshots of chatlogs from the perspective of the protagonist (whether in relation to the perpetrator, the victim or a third-party witness), these stories often turn into morality tales where the comment section expands with hundreds of threads of internet shaming from keyboard chastity warriors.

The ‘Green Hat Society’ is not only a confessional … but also a hall of mirrors, reflecting gender roles, tensions, and the total dysfunctionality of the patriarchal economy

There is an inexplicably strange pleasure from reading these banal or exotic tales of cuckoldry – especially the anonymous public confessions of secretive desire, anticipation, thrills, anguish, jealousy, callousness, frenetic boredom and remorse – and there is an equal amount of exasperation from reading the comments generated by patriarchy, nosophobia (fear of contracting a STD), and internet vigilance. Hence, the Green Hat Society is not only a confessional (in the sense of providing psychological as opposed to religious comfort), but also a hall of mirrors, reflecting gender roles, tensions, and the total dysfunctionality of the patriarchal economy.

I shall select two stories to demonstrate my point.

‘I was a virgin before marrying my husband, but he is pretty skilled in sex and knows how to make me feel good. But I have become increasingly anxious and uncontrollably uneasy with the fact that he had many exes; I cannot stand the thought of him having sex with other women. I tried to suppress this emotion, but this is already affecting our relationship. Should I cuck him so I can feel a bit more balanced psychologically?’ (Author’s translation)

This first confessional tale presents a case of fearing cuckoldry by anticipating it in fantasy and even threatening to retaliate against an imagined past of the partner. This sort of sentiment is more often observed among Chinese men who are inclined to (re)claim ownership (of women) by whatever means possible.

Personal failure in terms of securing or maintaining a relationship is attributed to the larger social structure of inequality: ‘we [the army of incels (involuntary celibates) and cuckolds] are impotent, both economically and sexually’. Meanwhile, the protagonist in the above story seeks to retain a psychological and libidinal balance. If we dig deeper, we see that the Green Hat Society is a miniature version of the libidinal economy of Chinese society: sex – or even desire itself – is economised as currency in the libidinal exchange.

Another observation I made (arising from conversations with several Chinese women in recent years) is that many men – especially those who are perceived as belonging to the ranks of the socioeconomic diaosi – often ‘gamify’ (a somewhat repulsive term that replaces instrumental reason) courtship in a way that probably borders on harassment.

Waiting to drive the woman home outside her workplace without her consent, appearing outside her building with flowers and snacks late at night without prior notice, buying a box of sunflower seeds and removing the hulls (labour time directly translates to libidinal currency) before mailing it to her. All these ‘bombardments’ of ‘care’ are supposed to accumulate libidinal currency that obviously expects the equal amount of return: sexual intercourse. Energy must NOT be wasted.

‘I have been with my boyfriend for three years and I love him. I went overseas several months ago to study. I felt bored and lonely, so I started frenetically swiping on a dating app and met someone. I did confess that I had a boyfriend before meeting the dude, we also used a condom, and I never felt affectionate towards him. So, I dated another person on the dating app. He visited me last week and I waited for him at home. It turned out to be my boyfriend (he used a fake account to seduce me).’ (Author’s translation)

The second story is an example of libidinal surplus. Using a dating app as a method of coping with boredom is nothing new, and you can find similar examples elsewhere. I will skip the discussion on how algorithm-generated experiences of selecting a partner make the process of dating too accelerated and too alienating and ultimately further exacerbate the boredom that prompted the swiping in the first place. Instead, I want to briefly talk about the implications for gender relations and the libidinal economy.

As can be seen in the Weibo posts on the Green Hat Society page, there are many cases where the protagonist finds out their partner has been talking to strangers (most often flirtatiously) behind their back. Or, as in the above case, where the protagonist cannot resist the momentary rush of seduction – liaosao (talking dirty) – and eventually committing adultery. But the pleasure is often fleeting, and the vacuity which follows becomes unbearable.

I am not advocating libidinal thrift, although a low affect society is likely already in the making (Japan offers an insightful example of a post-reproductive society). Nonetheless, at the very least I think that the contemporary obsession with exhibiting and being a spectator to cuckoldry could be indicative of a larger crisis in the libidinal economy, which is definitely worth looking into.

Bangladeshi queer utopia: How activists are reclaiming local narratives to empower the community
The Long Read: China in the Polar ‘Zone of Peace’