A constitutional court for Malaysia: A misconceived legal transplant? 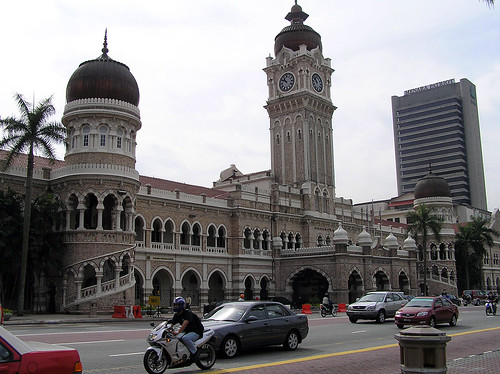 There has been much talk in Malaysia recently around the idea of creating a constitutional court. In this article I seek to argue that this is not the right approach for tackling Malaysia’s legal troubles. But first, what is a constitutional court, and why do so many countries across the world have one?

A good example is the Indira Gandhi case in 2018, which went through many hearings in different courts over several years before the Federal Court issued its impressive judgment, laying out the inviolability of the constitution’s basic structure as well as the right of both parents to determine their child’s religion.

Experience shows that whenever there is a proposal to create a constitutional court, acrimonious debate will continue for years

So why do some people think this device would be good for Malaysia, a common law country operating under a stable constitutional system that has embraced multi-party democracy?

There are two main reasons. The first is that people are dissatisfied with the performance of the judiciary in constitutional matters and believe that a more specialised type of judge and court will provide better interpretations. The second is that many cases these days involve deciding jurisdictional clashes between the syariah courts and the ordinary civil courts. The idea here is that an authoritative, neutral umpire is needed to decide such conflicts over what are often highly sensitive religious questions, such as religious conversions. However, both of these reasons are unfounded.

For a successful constitutional court it is necessary to have excellent judges who will provide breadth and vision in their interpretations, as well as having the moral fibre to stand up for principle against vested and often powerful interests. The same is true if the task is performed by the ordinary courts, and it is this truth that lies at the heart of the problem in the Malaysian legal system.

It is impossible to find judges with such attributes unless they are produced by the legal education system, and the production line in Malaysia has not been effective in this regard. Even were Malaysia to have such judges in abundance, you would still need a system that would appoint outstanding people as judges and a judicial system that would attract excellent candidates with a range of different backgrounds. These should be the best people society has to offer, irrespective of the type of legal experience they have (at the bar or in government service), their ethnicity, religion, gender or origin.

Malaysia did go some way to creating such a system in 2010 with the Judicial Appointments Commission, but now that body needs more powers and independence in order to be fully effective. And it needs to be entrenched in the constitution.

The courts are doing a pretty good job, in recent cases at least, in deciding these jurisdictional questions. If they were decided by a constitutional court, who is to say the decisions would be any better or any less controversial? There would still be the same pool of people to choose from, and the arguments and lawyers would be the same as well.

More generally, with a constitutional court there is only one shot at a correct interpretation. Appeals are not possible, as with the ordinary courts. Constitutional courts are pretty powerful, and they are often subject to attempts by politicians to undermine their independence. Consequently, they become politicised. This has happened in Thailand in recent years. Also, in some cases there can be a prolonged battle between the court and the legislature or the government that does nobody any good, as occurred in Myanmar and Mongolia. Malaysia already experienced this during the 1988 judiciary crisis and it does not need a repeat performance.

There would also need to be a complex system for referring constitutional questions to the constitutional court and then back to the court in which the question arose in order to decide the case on the basis of the interpretation provided. This can create a great deal of confusion and even conflicting decisions. It is true that some constitutional courts have been authoritative, progressive and successful (Asian examples include South Korea, Taiwan and Indonesia), but given the quality of the judiciary in these countries, the same may well have been true if they had adopted the diffused model.

Experience shows that whenever there is a proposal to create a constitutional court, acrimonious debate will continue for years. This will occur over every single aspect of the proposed reform. The method of appointment and tenure of judges is the most difficult aspect, but there will also be debate over who has the right to file cases, the extent of the court’s powers, how its process will differ from that of ordinary courts, and even who will control its secretariat. Malaysia already has several issues of good governance and the rule of law to deal with. It does not need to have the oxygen sucked out of these debates by an irrelevant focus on the idea of a constitutional court.

There is nothing wrong with the range and type of judicial and legal institutions that currently exist in Malaysia. What the country really needs is to have judges at all levels who have the necessary knowledge and moral agency, along with an overriding sense of justice. If you want to know who guards the guards, the answer is ‘the judges’. Long may it be so.

The Long Read: China in the Polar ‘Zone of Peace’
China and the UK