China and the UK 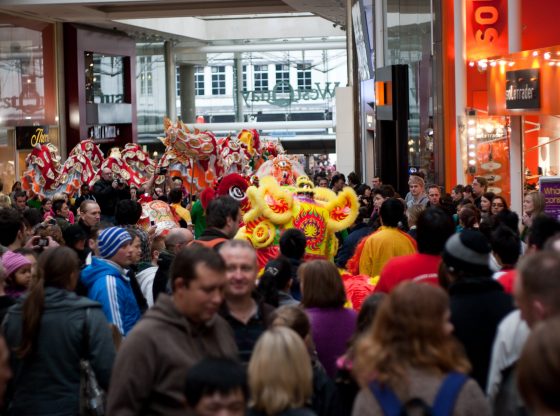 It is a common experience. When discussing the role of China with people here in the UK, the subject of how much Chinese investment there currently is in Britain usually comes up. Most expect it to be a significant figure, but in fact – at least according to the UK’s Office of National Statistics – money from Chinese companies, whether state or private, only constitutes about one per cent of the overall stock.

This figure is put deep into the shadows when set alongside that from the rest of the EU, the US, Japan or South Korea. ‘I thought the Chinese owned everything’, one bemused politician stated when I informed them of this a year or so back. ‘Only if Pizza Express, three per cent of Heathrow Airport, and some property in London is everything’, I replied.

Put that next to another anomaly. The People’s Republic of China (PRC) is the world’s second-largest economy. It is the so-called ‘factory of the world’. It ranks as the largest trading partner of more than 120 countries, including the US and Australia. But for the UK, China comes in at a low number five or six, depending on the year in question. Nor can the UK claim to be a major investor back into the People’s Republic. We send far more to Dublin than to Beijing.

For most people in Britain, according to the little survey data which exists, China remains remote and therefore largely a matter of emotional indifference

The UK and China have a long history, for sure – both because of Hong Kong and the unhappy issue of the Opium Wars in the nineteenth century.  Britain established some of the earliest Sinology departments in universities anywhere in the world. But between 1999 and 2018, the number of graduates in Chinese Studies actually fell – from around 300 to just over 260.  This at a time when the number of Chinese coming to study in the UK rocketed from just a few thousand to the current 130,000. Probably all one can conclude from this is that while China has perhaps changed its mind about this country, the UK has remained at best static and at worst complacent about this growing new partner.

The brutal fact is that China remains remote from most people’s lives in the UK. While Brexit Britain is meant to be a Global Britain, the world’s second-largest economy barely features at the moment.  Unlike in Australia, across much of Asia and into North America, where China is a real and visible part of people’s everyday lives, in the UK – away from London – it is almost invisible.

There are some laudable exceptions to this of course. Secondary schools in the state and private sectors have increasingly moved to teaching Chinese language and culture. The British Council champions sending young people to experience China directly. And almost half a million UK nationals visited either Hong Kong or Mainland China as tourists last year. Companies in the banking and finance sector take opportunities in the PRC seriously. But in 2019, for all the rhetoric about Global Britain, China is largely left to the specialists and the elite.

Ironically, there is one aspect of the current UK-China relationship that, while it appears negative, may well prove decisive. The low profile of the PRC in Britain means that, unlike in other places where it currently plays a much larger role, public emotions – often negative and confused – have not yet been aroused. Trump’s America is exhibiting an increasingly acrimonious attitude to an economy breathing down its neck and is looking to replace it as number one in the next few years. Former Australian Prime Minister Tony Abbott, in a moment of uncharacteristic candour while he was in power a few years ago, was caught off-camera saying to German Chancellor Angela Merkel that his country’s attitude towards its largest trading partner since 2010 was one of ‘fear and greed’.

For most people in Britain, according to the little survey data which exists, China remains remote and therefore largely a matter of emotional indifference. There is none of the febrile debate here about Chinese interference as there is in other places – although recent parliamentary reports and other commentary in the press might indicate that this is about to change. The best one can conclude from the available evidence is that British people have largely not yet made up their minds about this potential new force in their lives. They may not like China’s political values, but they don’t actively dislike it either. They appreciate some things – Chinese food and culture for instance – while they reserve judgement on other aspects of the PRC’s behaviour and identity.

Post-Brexit, however, Britain could see a dramatic increase in its involvement with China. That will almost definitely see the current complacency disappear, for good or for bad. The British have not formed an opinion about the PRC so far because they haven’t had to, but as Chinese investment, trade and other forms of involvement in this country rise, that will certainly change.

A positive experience, with genuinely reciprocal involvement, joint projects that work, and job-creating, sustainable investment in infrastructure or technology would of course be ideal for Britain. More than that, such projects would also provide the best possible advertisement to the wider world, which is sceptical and sometimes overtly hostile to the idea that China can manage this kind of balanced relationship.

On the other hand, a China that did the opposite of this, and which was seen to be pushy, interfering, culturally insensitive and overbearing as it took up new opportunities in the UK, would prove that the critics were right. That would be a massive loss for both countries: for the UK, because of the failure to find opportunities beyond the EU at a time when it is looking for these, and for China, because it will have squandered an opportunity to show that balanced and decent trading relations are possible with the People’s Republic despite the political differences. This is why the UK-China relationship is currently so important – and of significance far beyond these two countries alone.

Kerry Brown is Professor of Chinese Studies and Director of the Lau China Institute and an Associate Fellow on the Asia Pacific Programme at Chatham House. He is the author of The Future of UK China Relations (Agenda, 2019).