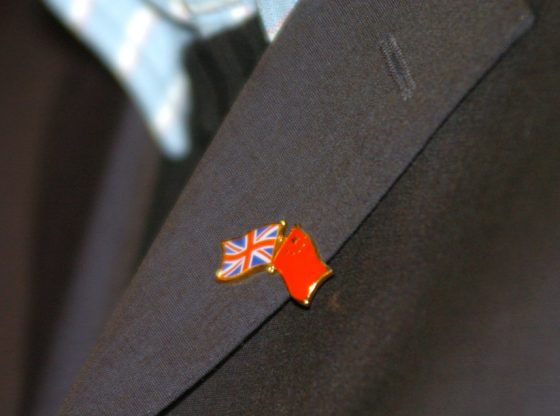 Britain’s foreign policy vis-à-vis the People’s Republic of China (PRC) has been characterised by its overarching pragmatic orientation. Under Prime Minister David Cameron, this practical approach translated into increased economic cooperation with China in the form of greater bilateral trade and investment. Yet more recent British policy presents less coherence and stability.

Prior to entering the Prime Minister’s office, and echoing the pragmatic approach, Boris Johnson said in an interview with Phoenix Television on 24 July 2019 that he is ‘very enthusiastic about the Belt and Road Initiative’ and that Britain is ‘the most open international investment [destination], particularly for Chinese investment’. Yet despite these positive comments, Britain’s Parliamentary Foreign Affairs Select Committee raised grave concerns that the Chinese government has vastly different values and interests from those of the United Kingdom, and suggested that Britain should reassess the UK’s emphasis on economic ties with the PRC at the expense of security and human rights concerns.

These mixed messages on Sino-British policy coming from Downing Street and different branches of the British government reflect a deeper cleavage within the British public that has spilt over into Britain’s relations with China: Brexit. The spectre of Brexit will redefine Britain’s future foreign relations not only with Europe, but with China as well. Specifically, Brexit identities – or the divide between those who want the UK to remain in the European Union (Remainers) and those who want to leave the EU (Leavers) – will have a profound influence on Britain’s foreign policy-making.

In a recent survey jointly conducted by the University of Hong Kong and the University of British Columbia, we found that British public opinion on China is generally unfavourable. In fact, most Britons are deeply concerned by the rise of Chinese military power and prefer the UK to engage with China on global issues such as the environment rather than trade-related issues. On the surface, these views may suggest a departure from the pragmatic approach of the UK’s foreign policy vis-à-vis the PRC.

However, accounting for Brexit identities when analysing British public opinion in relation to Leavers and Remainers unveils more nuance with regard to the wider public’s views on China. In our survey, we captured Brexit identities by focusing on a central issue behind Brexit motivations: sovereignty over both Britain’s unique culture and immigration. Those Britons who feared increased immigration into Britain and the loss of Britain’s unique identity to Europe were labelled as Leavers, while those who embraced these issues were labelled as Remainers.

Using these Brexit identities, we explored Sino-British public opinion on issues ranging from trade to human rights. We found that Leavers wanted Britain to prioritise foreign policy with China on trade and investment rather than global issues such as the environment. This view is consistent with the pragmatic foreign policy position that Britain has traditionally maintained with China. Moreover, compared to Remainers, Leavers regard the rise in Chinese military power with greater suspicion. These mixed sentiments among Leavers mirror Britain’s inconsistency in treating China either as an economic partner or a national security threat.

Similarly, Remainers also reveal contradictory views on China. On the one hand, Remainers prioritise global issues such as the environment and human rights for Britain’s policy towards China over economic issues such as trade, which would imply a greater concern for  national security as China’s military becomes stronger. However, compared to Leavers, Remainers are less worried about China’s military power as a potential threat to Britain’s national security.

These Brexit identities also reveal a broader perspective with regard to British public opinion on China’s place in the world. Compared to Leavers, when asked to evaluate whether China or the United States would be a better steward of global governance, Remainers are willing to give China the benefit of the doubt. In areas as diverse as global leadership, the environment and global peace, Remainers either preferred China over the US or felt indifferent. In contrast, Leavers were broadly sceptical and even hostile to the prospect of Chinese global leadership.

These survey results suggest that the conventional image of Leavers as pragmatic realists presents only half the picture. Remainers seek to engage with China just as much as Leavers, but on broader global governance issues rather than solely for trade and investment. At the same time, Remainers view China more unfavourably compared to Leavers. This goes some way to explaining why British policy-makers have such conflicting positions when it comes to China: quite apart from anything else, they are simply reflecting British public opinion.

Moving towards a post-Brexit environment, British policy-makers are faced with the challenge of juggling efforts to reinforce Britain’s ‘special relationship’ with the United States alongside the pragmatic need to forge a strong economic partnership with China as well as engaging with China politically.

This balancing act becomes even more difficult against the backdrop of an escalating trade war between the United States and China, the political unrest in Hong Kong, and national security concerns over Huawei’s telecommunications equipment being used to build Britain’s 5G network. The public divide driven by Brexit identities will only further muddy the waters as Britain’s policy-makers try to reorient the UK’s relationship with China.

Wilfred M. Chow is an Assistant Professor in the Department of Politics and Public Administration at The University of Hong Kong. The open-access article ‘Brexit identities and British public opinion on China’ by Wilfred M. Chow, Enze Han and Xiaojun Li published in International Affairs is available here.